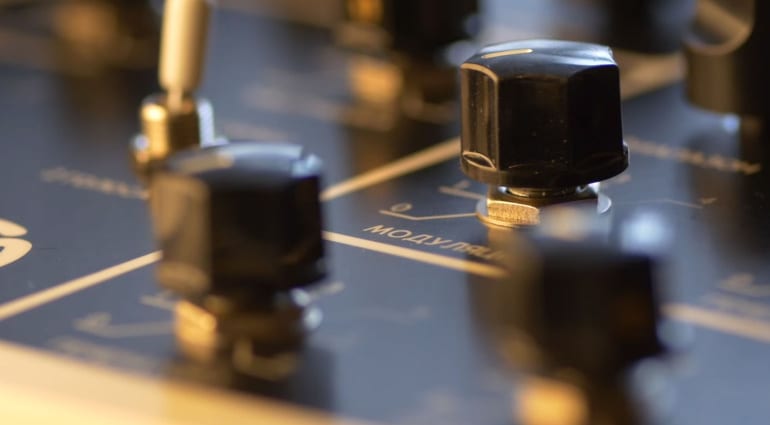 There’s a healthy amount of synthesizer development and manufacturing going on in Russia and here are the ones you should keep an eye on.

Whenever someone mentions Russian synths the Polivoks is the first machine that comes to mind. Built like a Soviet tank it was the USSR’s attempt at a Moog-like synthesizer that ended up having a completely unique character all of its own. While it’s difficult to find functioning originals the allure of the Polivoks remains and numerous clones and tributes to this synth have emerged over the years.

Here’s Hainbach having a go on an original Formanta Polivoks

With that out of our system we can now look at what’s hot and what’s cool in Russian synthesizers of today.

Top of the list has to be Soma Labs. Founded by Vlad Kreimer after the success of the LYRA-8 synthesizer they have continued to produce exciting, unique, organic and fascinatingly poetic machines that follow none of the usual music gear rules. While they do have an office in Poland it is in the development lab in Moscow that all the magic happens -“inheriting the best engineering traditions of the USSR – the country of advanced scientific and industrial achievements.”

Their product range includes the original LYRA-8 drone synth, The Pipe, a strange voice and breath controlled synth, and the Pulsar 23 which is probably the most awesome drum machine ever conceived.

Also based in Moscow are AVP Synthesizers who have been producing and modifying synths and drum machines for over 20 years. Behind the scenes they are a collective of musicians and producers.

Most recently their focus has been on analog drum synthesis with their huge ADS-7 drum synth and their more contained Ritmibox with 5 sound channels. It’s interesting how the style of the Polivoks tends to bleed through into the aesthetic of these synths.

Recently they released the SOLAR 50 synthesizer playground which is a large exploratory machine of sound and possibility. It has 10 individually controller voices that are manipulated via an experimental touch controller. There’s nothing out there quite like it. But it was their Polyvox Mini that first brought them to our attention.

The Polyvox-M was inspired by the Soviet synth but designed to be simpler and lighter and maybe even remove a few of the flaws of the original. The result is a nice looking box with tank-track sides and a welcome splash of colour.

Here’s an entire synthesizer based on vacuum and gas-filled radio tubes. It’s called Apparatus and it totally nails that Soviet synth aesthetic that we like so much. It’s both industrial and beautiful, brutal and organic. The audio signal path is based entirely on radio tubes. It’s duophonic and capable of sounding gooier than anything else out there.

Previously known as the Nave Polymorph the PVX-800 from Infradeep is unapologetically based on the Polivoks. They’ve added a few waveforms, an arpeggiator, ring modulator, MIDI and they’ve stabilised it and wrapped it up in a rather nice looking desktop box in blue or white.

Playtronica comes with a very different vibe. They are into curiosity, playfulness and the human touch. They’ve been messing around with simple interactive electronic instruments that generate sound in response to touch using you (or fruit) as the source of voltage and modulation. They are a lot of fun.

Coming soon is the equally different Orbita turntable sequencer which couldn’t be further from the Polivoks vibe and looks fantastic.

Of course you could always buy the real thing. Not the original but as near you’re going to get in a new synthesizer. The Polivoks Pro is based on the original schematics using 85% original Soviet-era parts and hand-crafted in Russia.

We heard about this in 2016 and at the time only 100 were being made and so it’s quite possible that this is all over already. But the website is still live and you can register your interest by email.

Update: Apparently you can buy them for €1,600 ex VAT from Schneidersladen.

If you know of any other Russian based manufacturers that we’ve missed then do let me know in the comments. There’s a growing number of modular makers in Russia that would make a great subject for a future article. 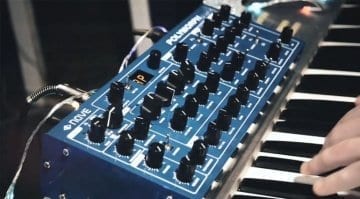 One response to “Russian synthesizers for your consideration”