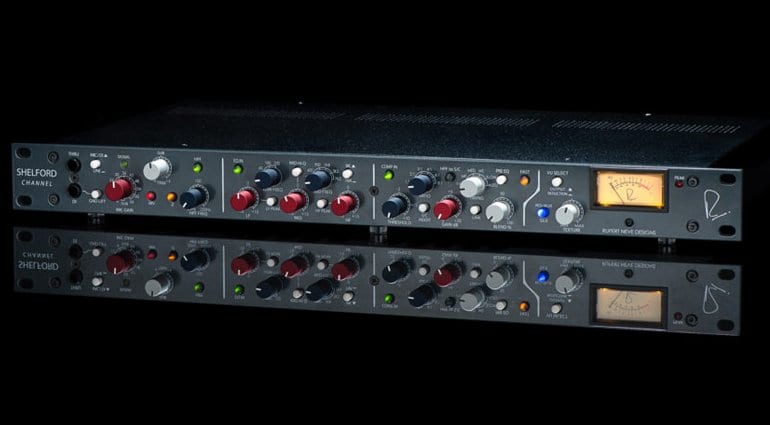 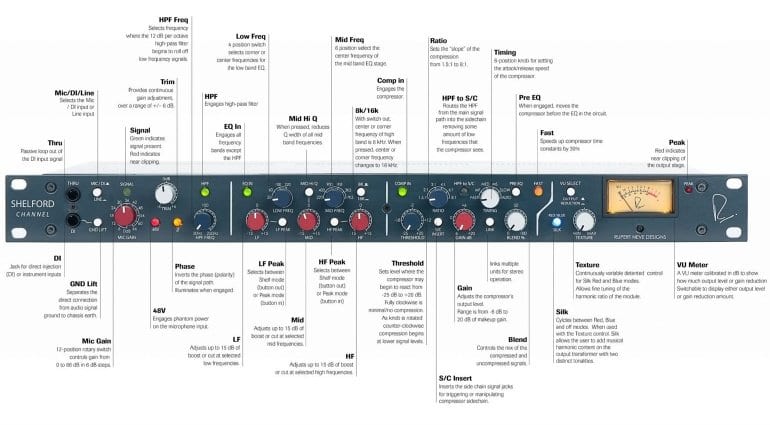 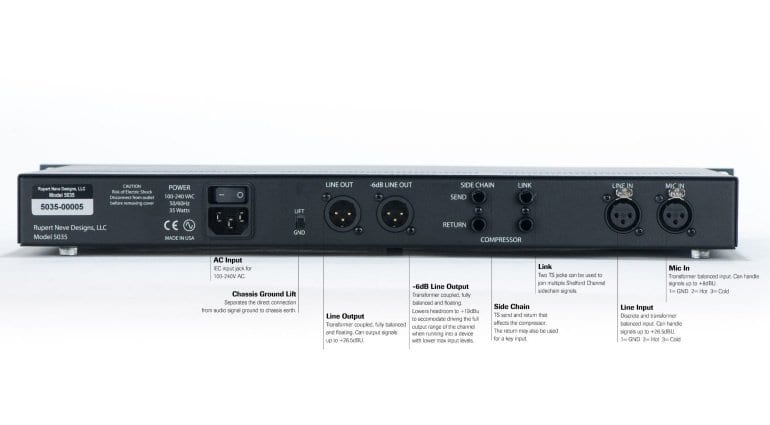 Looking for the ultimate vocal recording chain? If money is no object, then the chances are that a Neve 1073 is near the top of your list. The 1073’s original designer, Rupert Neve, has chosen to re-release the unit under his new company, Rupert Neve Designs. But Rupert didn’t just make a copy; he seems to have incorporated some improvements along the way. The result is the Shelford Channel, which is likely to sound completely sublime.

I’m a huge Neve fan, with the 1073 mic pre-amp being a particular favourite. I’m certainly not alone in this, or in not being able to afford one! Unfortunately, this new Shelford Channel doesn’t answer the second of those two problems, but it might be the next ultimate design of pre-amp. I get the feeling this might be one of those special products which might get over-looked because they’re so expensive, but could become a classic in the future.

The vintage aspect of the design has clearly been at the forefront of its R&D. The maker has stuck to the original design and used an input transformer for the first 15dB of input gain, followed by a discreet Class-A amplifier circuit. This is where you are probably going to hear most of that vintage vibe. The unit also features an inductor EQ, which should be suitably warm when driven quite hard. There’s a diode-bridge compressor, which as well as (hopefully) sounding rich, is also very flexible. The compressor can be placed before or after the EQ in the processing chain. It even has the ability to do on-board parallel compression. Finally, the channel strip includes a Rupert Neve Designs ‘Silk’ control.

A lot of experience and careful thought has obviously been drawn together here. I’m loving the dual outputs for example, with the second being 6dB lower to allow driving of the input without overloading your AD converter. This should be a really exciting product that I would love to hear.

This may or may not come as a surprise, but the price of the Shelford Channel is 3,363.09 GBP from Thomann. That’s a lot, I hear you say. Yes, in fact it’s more expensive than a new single-channel 1073 sometimes costs in the UK. However, we have to remember that Rupert isn’t trying to compete with Neve and in some respects, you could consider this the updated version from the man himself. We must also note that the Shelford Channel also offers a unique EQ and compressor stage. For more information visit the webpage on Rupert Neve Designs website.

Here is a video from the Gearslutz YouTube channel at AES this year. Brand manager Chris gives a very concise and interesting overview of the new unit. 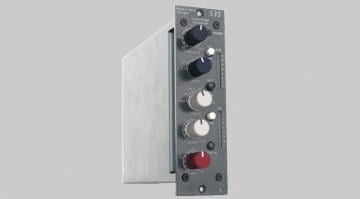