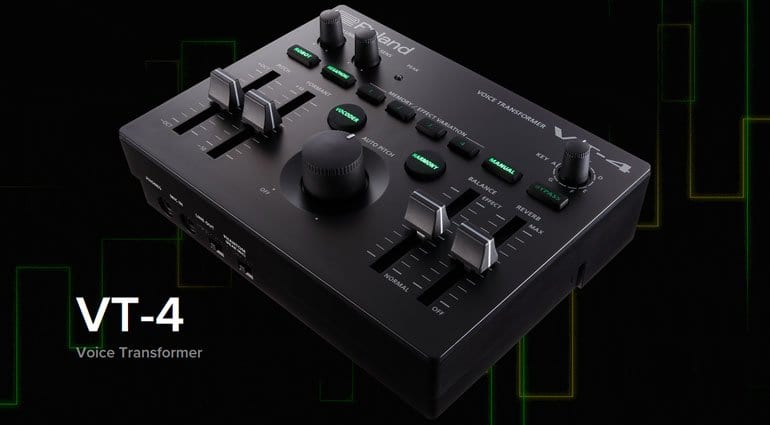 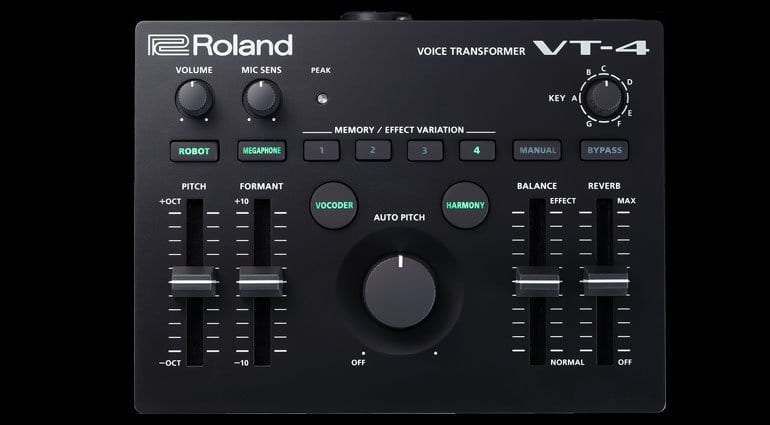 Roland loves messing about with your voice. With the VT and VP series of vocal processors you can make yourself sound like all sorts of shifting, harmonizing, vocoding, auto-tuning loveliness. The VT-3 released in 2014 was the first to be part of the AIRA range of products. The VT-4 stays with AIRA but tones down the green a little bit and offers many cool ways to mess your voice about.

Plug in a microphone, play with the knob and sliders and off you go. VT-4 combines classic and modern effects to give you something interesting to do with your voice in a live performance setting. The beauty is in the ease of use – turn on harmonies with a button, push up the weird processing with a fader and dial in the sort of robot you want to be. You are not fussing around with plug-ins or routing – just ride the controls. 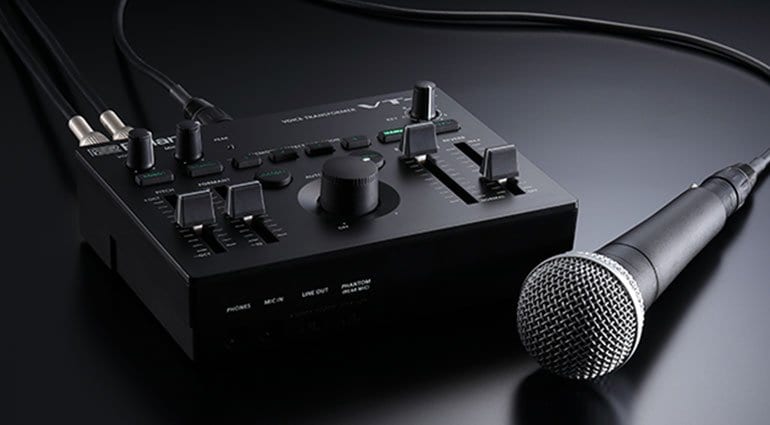 First on the menu are Pitch and Formant control, with a dedicated fader for each. Pull your voice up or down an octave and radically change the flavour of your formant. Next are the Transformative Effects. On the VT-3 you would select effects with the big central dial. With the VT-4 the dial is for Auto Pitch correction only and you can now select other effects via a combination of buttons. There’s a Megaphone button for lo-fi effects and a Robot button for modulations. Combine them, or not, with the Vocoder and Harmony effects. Lastly on the right there’s a fader for balance between raw vocal and effected signal and a dedicated Reverb level which also hides 3 types of delay.

One rather neat function is the ability to generate 2 or 3 part harmonies in response to a MIDI input. So as you sing and play chords on your keyboard the VT-4 will mirror those chords in the harmonies it adds to your voice. 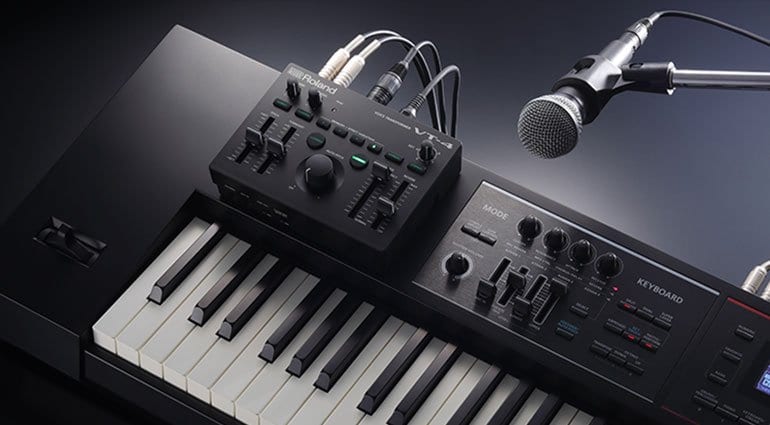 The VT-4 isn’t trying to be anything more than it is. It’s a simple and effective voice transformer for performers who want to add some pizazz to their vocals or dial in some harmonies. It couldn’t be simpler to use and will even run for hours on batteries. Roland knows what they are doing with this stuff. 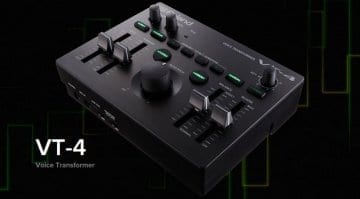