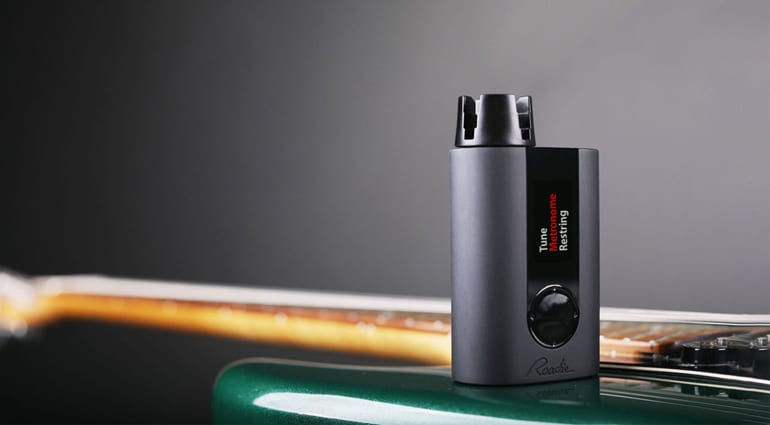 Roadie 3, an automatic guitar tuner gadget, has just officially launched on Kickstarter. You may remember I did a review of the Roadie 2 a few years back when that was first released. Like all third instalments of robot franchises, this one is faster, stronger and more accurate…

Return of the robot

The premise is simple: Put a tuner into an automatic, robotically controlled device, to tune your guitar at the press of a button. Roadie 3 is the latest iteration of this device – if you don’t count the bass guitar version.

So what’s new in v3? The developers have added a feature that turns Roadie 3 into a vibrating metronome in your pocket, which sounds potentially useful. The frequency is displayed dynamically on the full-colour, front-facing LCD screen. V3 has a larger memory bank for custom tunings. So all in all, this version does offer new features that take the concept a step forward. Its maker says that the v3 is more accurate than its predecessor. The rpm of the motor is twice as fast as well, letting you get in tune quicker. 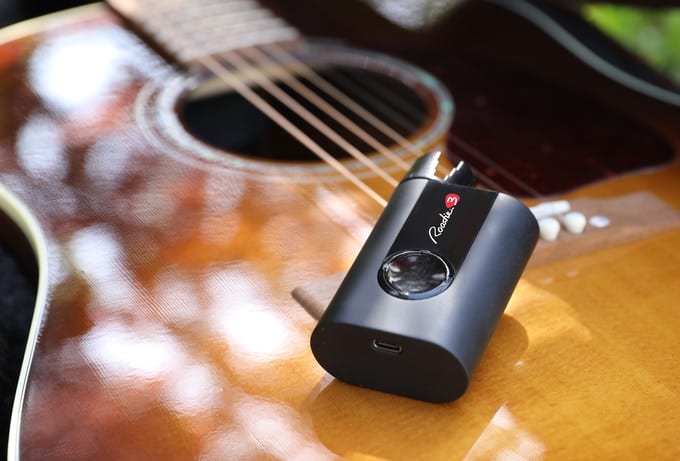 The Kickstarter has already doubled its intended target within an hour of going live! We should expect to see this new Roadie 3 in the hands of players soon enough. I still use my version 2 when doing guitar setups, and it is a neat neat gadget that makes tuning a breeze. What’s great about this device is that you can easily operate to one-handed whilst you stretch in a new set of fresh guitar strings.

Roadie 3 will retail for USD 129, but Kickstarter backers will get one for a discounted price of USD 89. If you want one you may want to be an early adopter and save a few quid. You can read the full specification over on the Roadie main site below or just kick back and watch their promo video for an overview of this handy pocket tuning system. 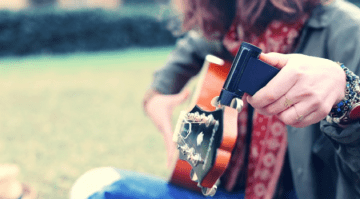