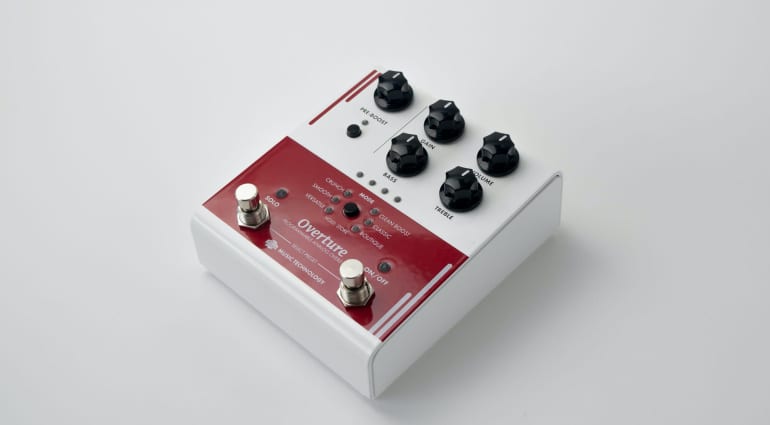 Manufacturer of cables, MIDI gear and accessories RJM Music has just announced its first ever pedal. Overture is a 6-in-1 programmable analogue overdrive pedal, with eight user presets available onboard, with up to 100 accessible via MIDI. Could Overture be a convincing new contender in the deluxe, programmable overdrive pedal segment?

As debut effect pedals go, Overture looks like a great start to RJM Music’s ambitions in the pedal market. It combines six different analogue overdrives into one compact stompbox, all of which are programmable and can be stored in one of eight slots onboard the unit; up to 100 can be stored via MIDI.

RJM says that four of Overture’s six overdrive modes are based on classic pedals, while two are brand new designs. It also includes a pre-boost circuit with up to 12 dB of gain to slam the input of any of the overdrive modes. The website copy talks about “high quality components” and that the 9 Volt coming into the pedal is boosted internally to 18 Volts for extra headroom. So far, so good.

Listening to the prototype demo video below, I was impressed by the sounds. Overture could be a decent bet for players that need multiple drive tones, without the hassle of multiple effect units on their pedal board. 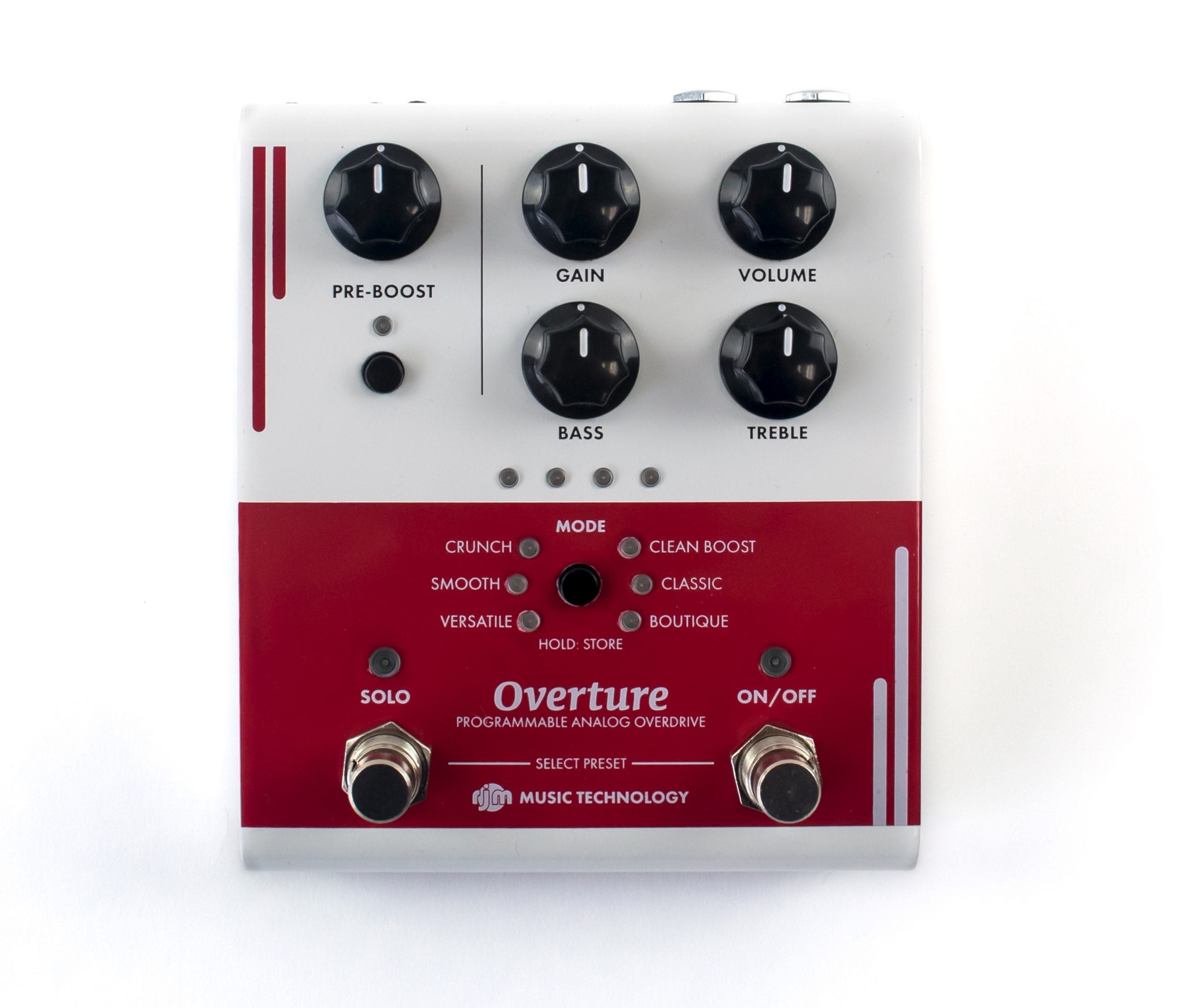 Let’s take a closer look at the MIDI features. RJM obviously has a lot of skills in this area, given their range of Mastermind MIDI foot controllers. The Overture uses MIDI to let you access 100 presets. But you can also use an external controller to adjust parameters in real-time, potentially adding useful features for live and studio work.

RJM has included a USB-C port to let you connect Overture to a computer, tablet or smart phone, opening up the option to upload updates to the pedal, store patches and so on. 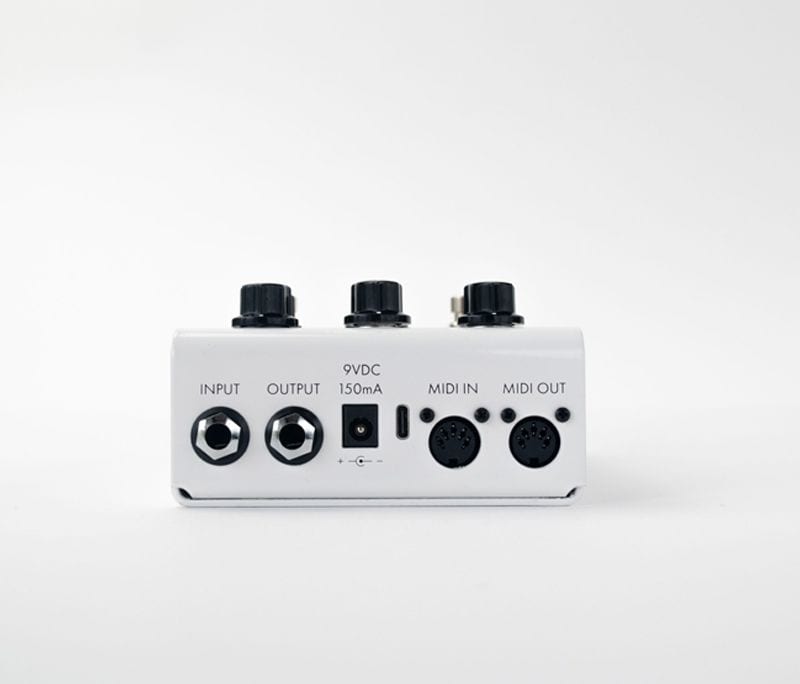 The format and functionality reminds me a lot of the Elektron Analog Overdrive pedal, which although useful is also quite large. As an Analog Overdrive owner, I’ve found it handy for studio work as it will work with most signals including synths, making it a great Swiss Army knife-type effect. I think the new RJM Overture, on the other hand, is a more tightly focussed on guitar, as the demo sounds are orientated around traditional overdrive guitar tones.

These days, some individual boutique overdrive pedals retail for $399. So to have all those sounds in one pedal with those MIDI features thrown in is a pretty good deal,  Check out the prototype demo below and let us know what you think of the sounds in the comments section below.

Pre-orders are open now, shipping is slated for March 2021.