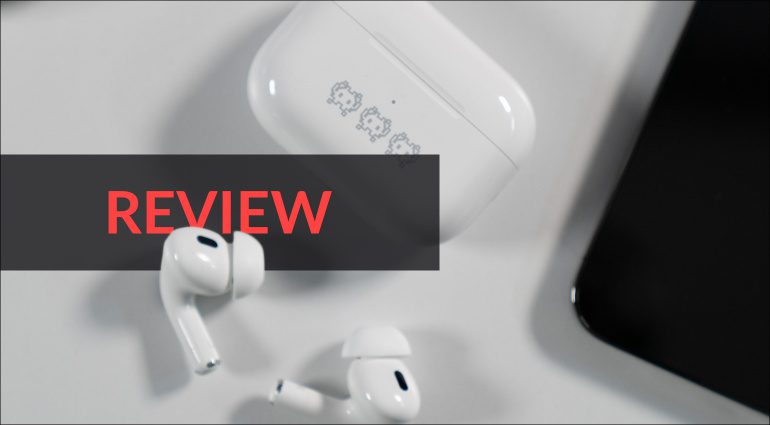 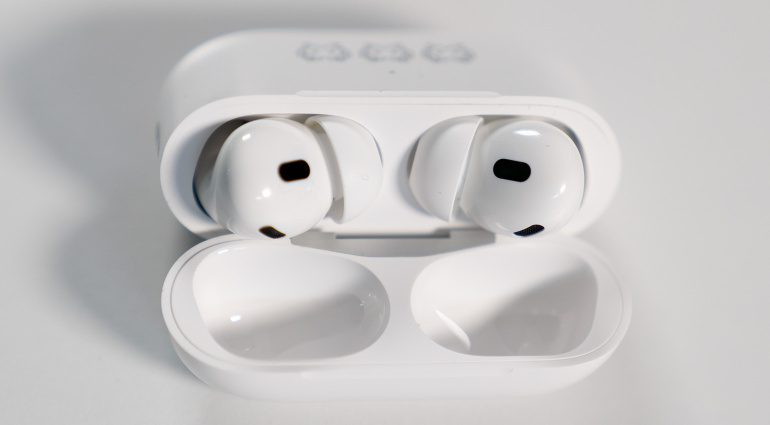 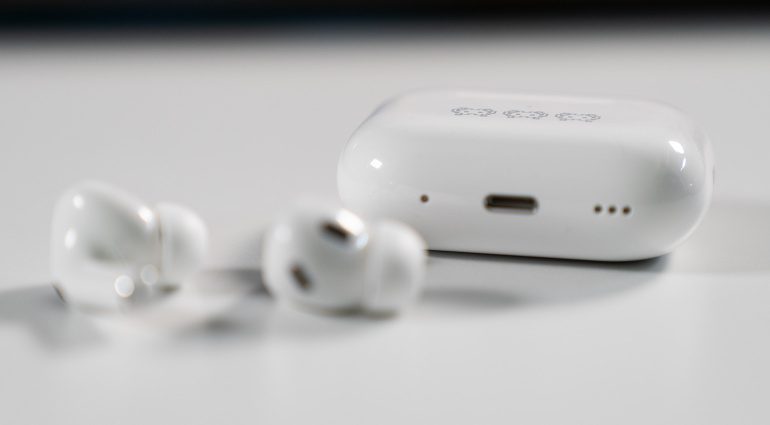 Besides a series of new Apple Watch models and the new iPhone 14, Apple showed “one more thing” at the “iPhone & iOS” keynote in September 2022: the new in-ear headphones Apple AirPods 2. Generation. While looking almost unchanged, the new models bring a new H2 chip, better sound quality, touch input, twice as good noise reduction, better battery life, and a personalized adaptation of the spatial audio experience are among the new features. How does it compare to its predecessor?

Many leakers had been betting on a second generation of Apple’s in-ear headphones AirPods Pro for weeks, leading up to the event. And finally they were shown as “one more thing” at the annual keynote “Far Out” for new iPhone and other mobile products. The product presentation video was simply off the charts. Every Apple fanboy instantly knew: this is a must-have! 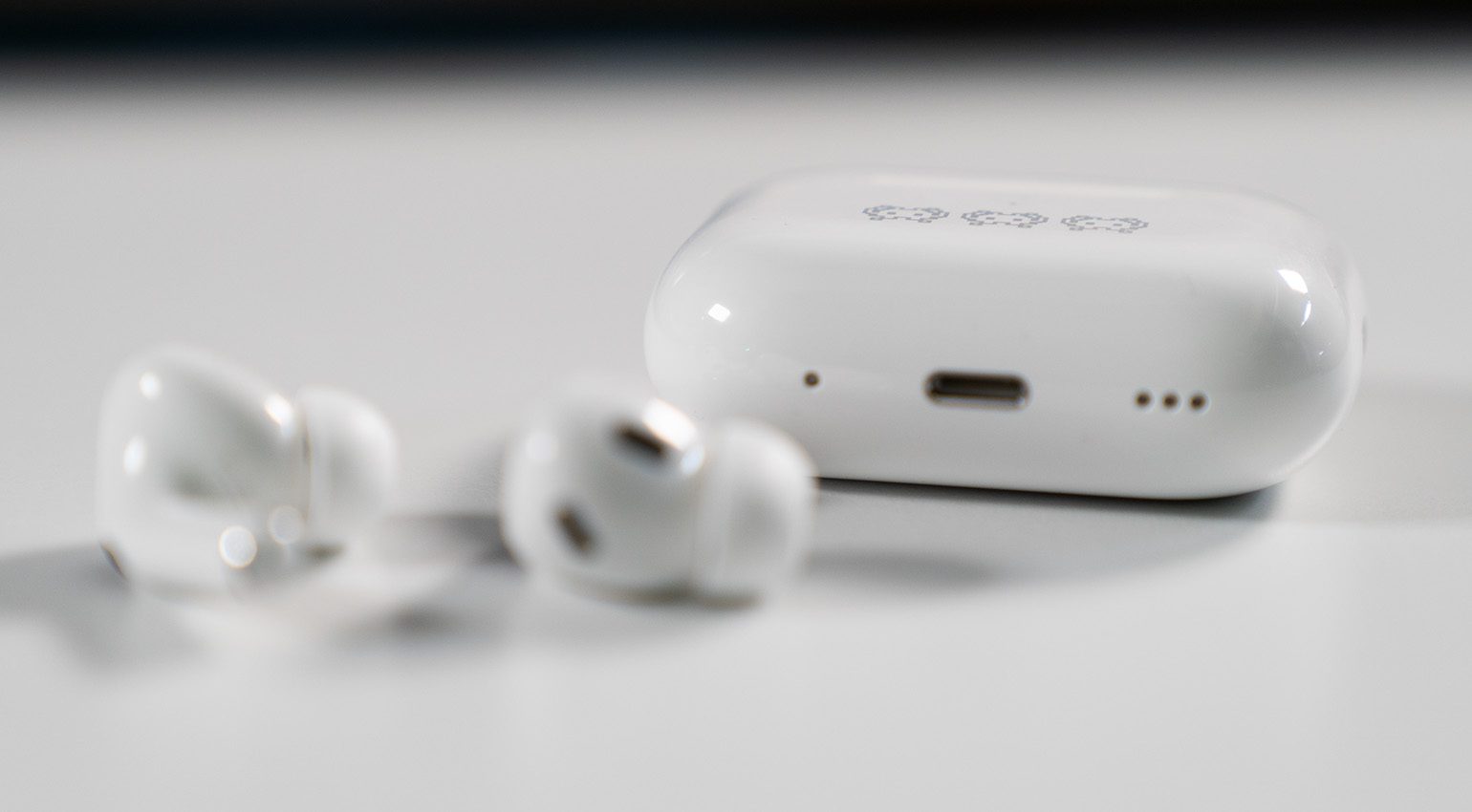 AirPods Pro 2 and the charging case

Bad news first: Due to inflation and higher prices for some of the used components, Apple increased the AirPods Pro’s price. I was curious to find out just who this update is for and how it compares to its predecessor, so I ordered a pair for a review.

The AirPods Pro were delivered right on time on September 23 (I had ordered them right after the keynote). They were enclosed in the typically stylish packaging. Inside are the two in-ear headphones with size M ear tips pre-applied. Besides that, there are three additional pairs of ear tips in sizes XS, S, and L, the new charging case (with an optional engraving?!), a USB-C-to-Lightning cable for charging, a quick start guide, and the usual safety notices. Additional guides can either be found online or directly on your smartphone during setup.

Just like the first generation of the AirPods Pro, the new pair connects to my iPhone as soon as I open the charging case next to my smartphone. There is even my personalized engraving on screen – superb! Subsequently, a couple of screens guide you through setting up the Bluetooth headphones. Also, some of the new features are shown here. In addition, a small release day update was installed in the background while I was setting up the headphones. Their slightly changed design is instantly recognizable for those who owned the first generation. The black sound holes have been slightly re-positioned for a better listening experience. Because now, an additional pair of microphones constantly measure how the in-ears sit in your ear. 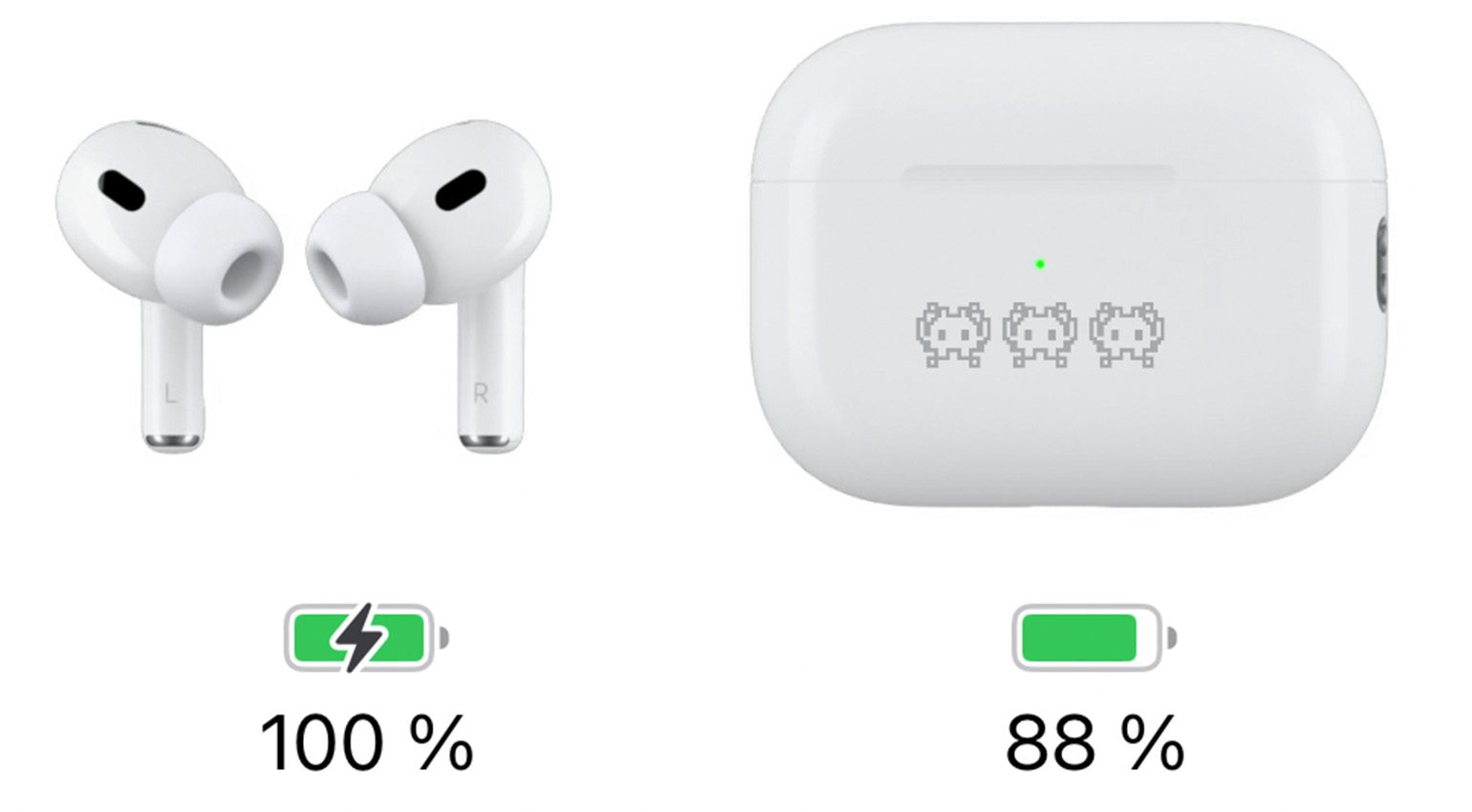 Even the personalized engraving is shown on my iPhone.

What’s also new is that you now change the volume through soft vertical swipes along the headphones’ outside. The new and more powerful H2 chip brings a more intelligent Active Noise Cancelling. And that works incredibly well. The improved “Transparency” mode works much better in this generation – when someone talks to you, their voice b much clearer while still reducing outside noise. This is probably due to the much higher frequency of measuring outside levels: 48,000 times per second. If the AirPods Pro run out of battery, you simply slide them back into their charging case.

The white charging case that comes alongside looks slightly different. Its color, size and weight, however, remain the same. For instance, now the case has MagSafe functionality included (which was only a paid option before) so it can be charged magnetically (with a QI-certified charger) and even with the charging cable from the Apple Watch. In addition, there is now a U1 chip included so you can better locate the case via “Find My”. You can even have it play a sound through the integrated speaker. That makes it much easier to find the AirPods Pro (if you put them in the case, that is). 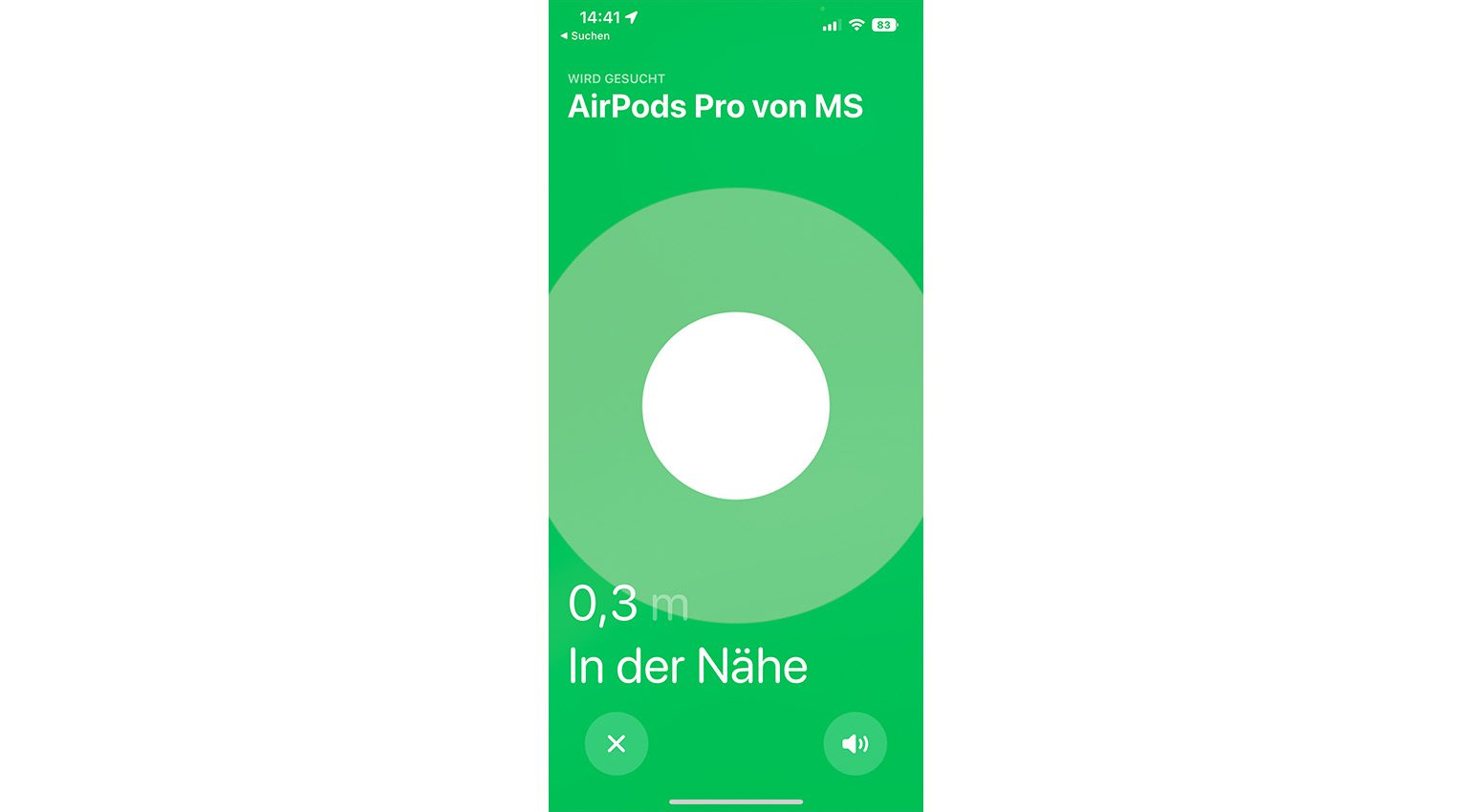 The new U1 chip helps locating the case. 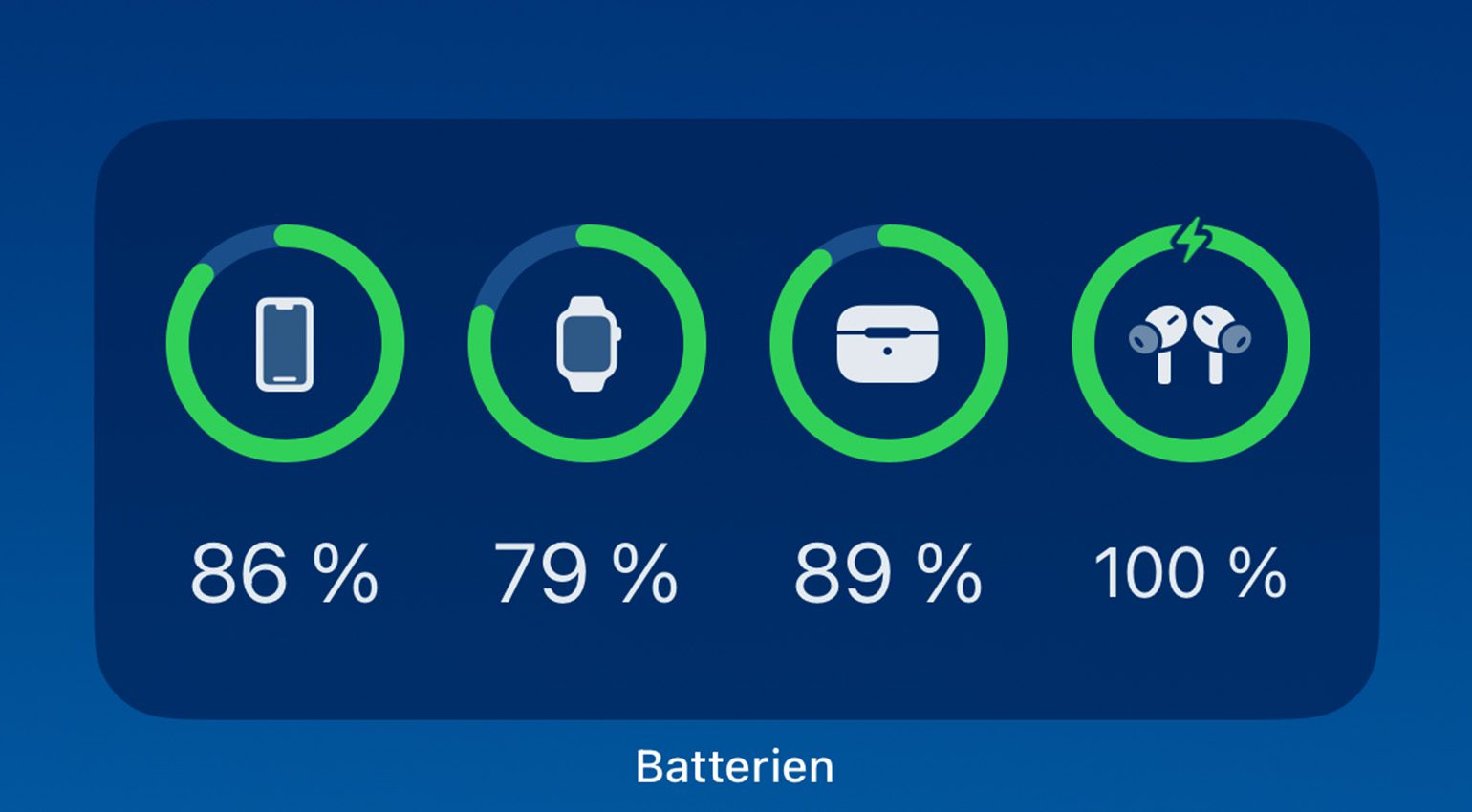 Battery levels on the iPhone.

A warning signal also informs you about low battery. The case’s battery level can constantly be monitored on your iPhone, even if the headphones are not inside. Another new handy accessory is an optional Incase Lanyard that can be attached to the side of the case. But this wrist-band is not for many as most will keep it in their pockets. The case is now IPX4 waterproof. The headphone’s battery life is up to six hours with activated noise cancelling with an additional 30 hours with a fully charged case. Sounds good! 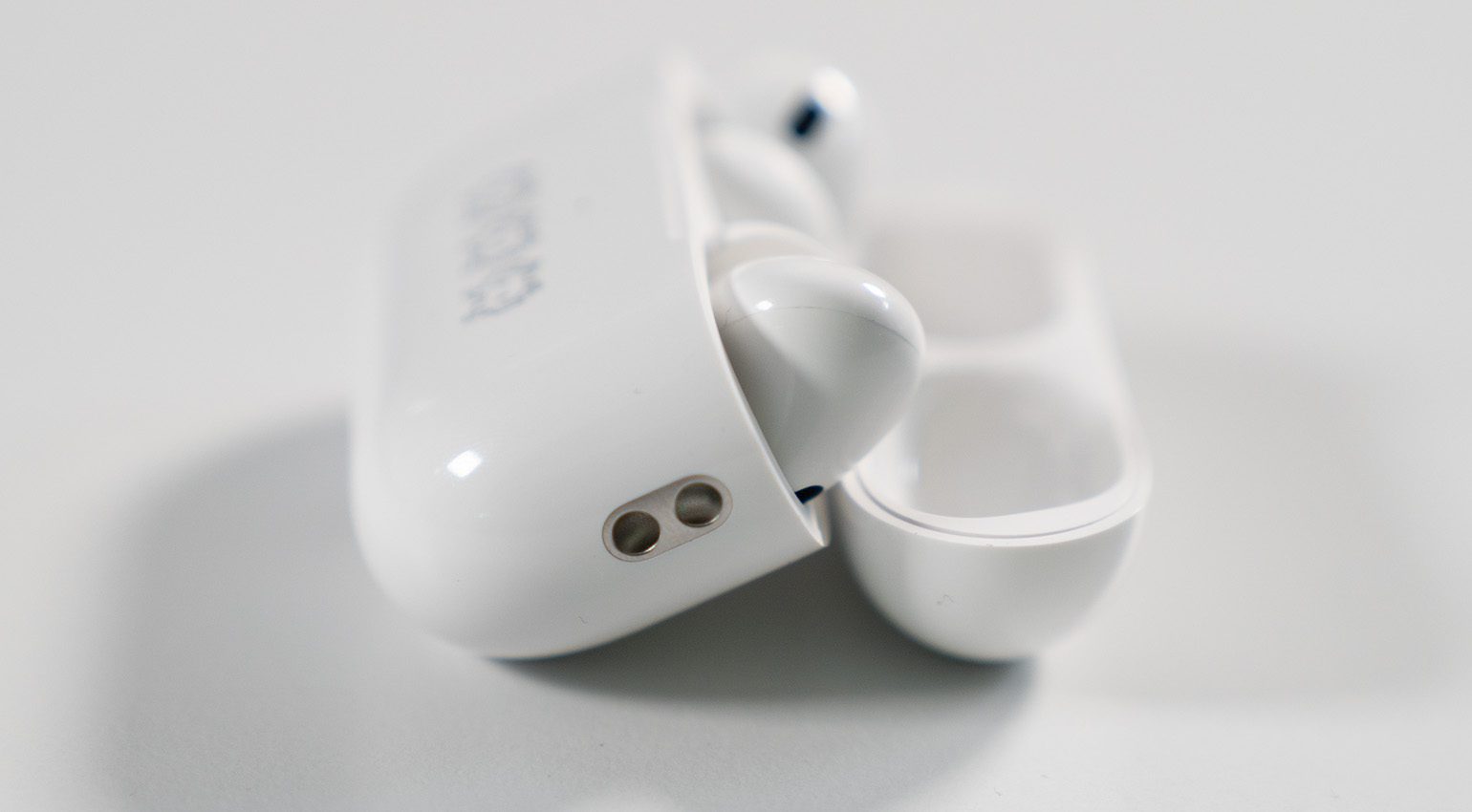 Here the optional wrist-band can be attached.

Sound and Handling, Comparison of the new AirPods Pro to the first generation

The first generation of the AirPods Pro was already one of the best pair of in-ears in terms of sound quality. For this new generation, the bass and lower mids sound even more defined and present in my opinion. The new pair even seem a tad louder at equal volume. Which means that every frequency is more present and the localization of the individual sounds and instruments inside my ears works much better. Spatial Audio sounds noticeably better and localizing sounds after the personalized head scan now works even better as well. Unfortunately, there simply aren’t many spectacular examples of Spatial Audio versions of songs in Apple Music’s catalog yet. But that is just my subjective observation. 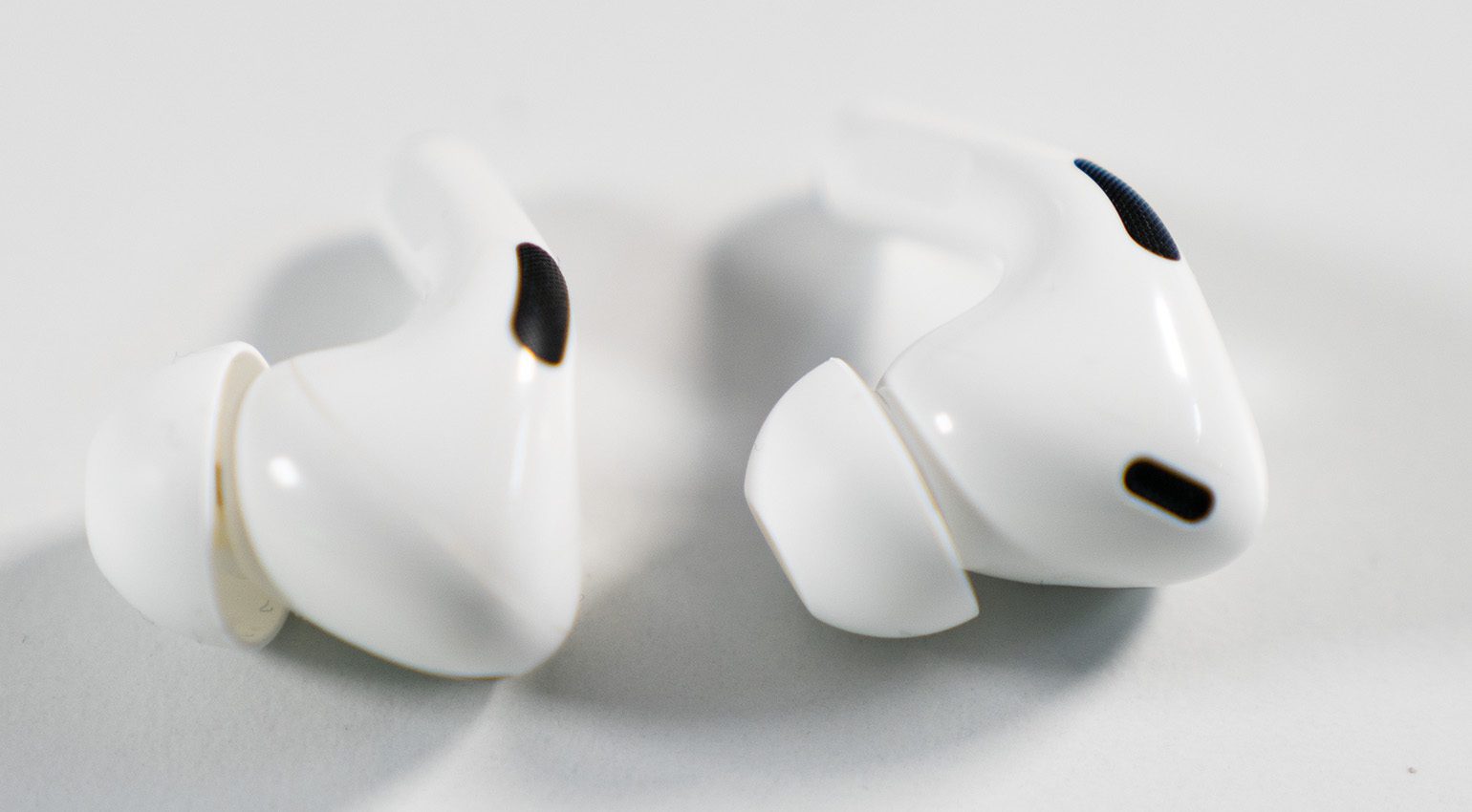 When it comes testing to the improved noise canceling, I was able to test that at a small convention with an audience of about 150. The noise floor almost completely disappeared when I activated noise cancellation. If you then start playing some music, it feels like you’re somewhere else completely. Now you just need a pair of Apple’s upcoming VR headset and you’ll be off on your island for good. During transparency mode, both your surroundings and the music are still very present. The new H2 chip seems to be very capable of suppressing loud noises – in real-time, of course, and without any glitches.

It does take a bit to get used to the new touch input on the side of the AirPods Pro for volume control, especially when you’re going for a run. But the incoming update for iOS 16.1 will supposedly bring along the option to deactivate this new feature. In future updates, there will supposedly be additional features you can use with this new touch input.

The AirPods Pro 2. Generation are a pretty big step up in comparison to their predecessor. The new in-ears trump their previous generation in just about every aspect, even if it is marginal in some. The new features of the charging case complement the package in just the right way. Especially the new “Find my” option makes just that, finding, the often-misplaced tiny case much easier. And increased battery life is always a plus for long calls and all-day zoom meetings.

Owners of the previous generation don’t necessarily have to upgrade. It’s a pretty hefty price when you look at the main new new features. In the end, you want in-ears that sit well in your ears and sound good – mostly outside, with surrounding noises that decrease sound quality anyways. Nonetheless, Apple simply delivers with the Airpods Pro 2. Generation that are worth a look and a listen. 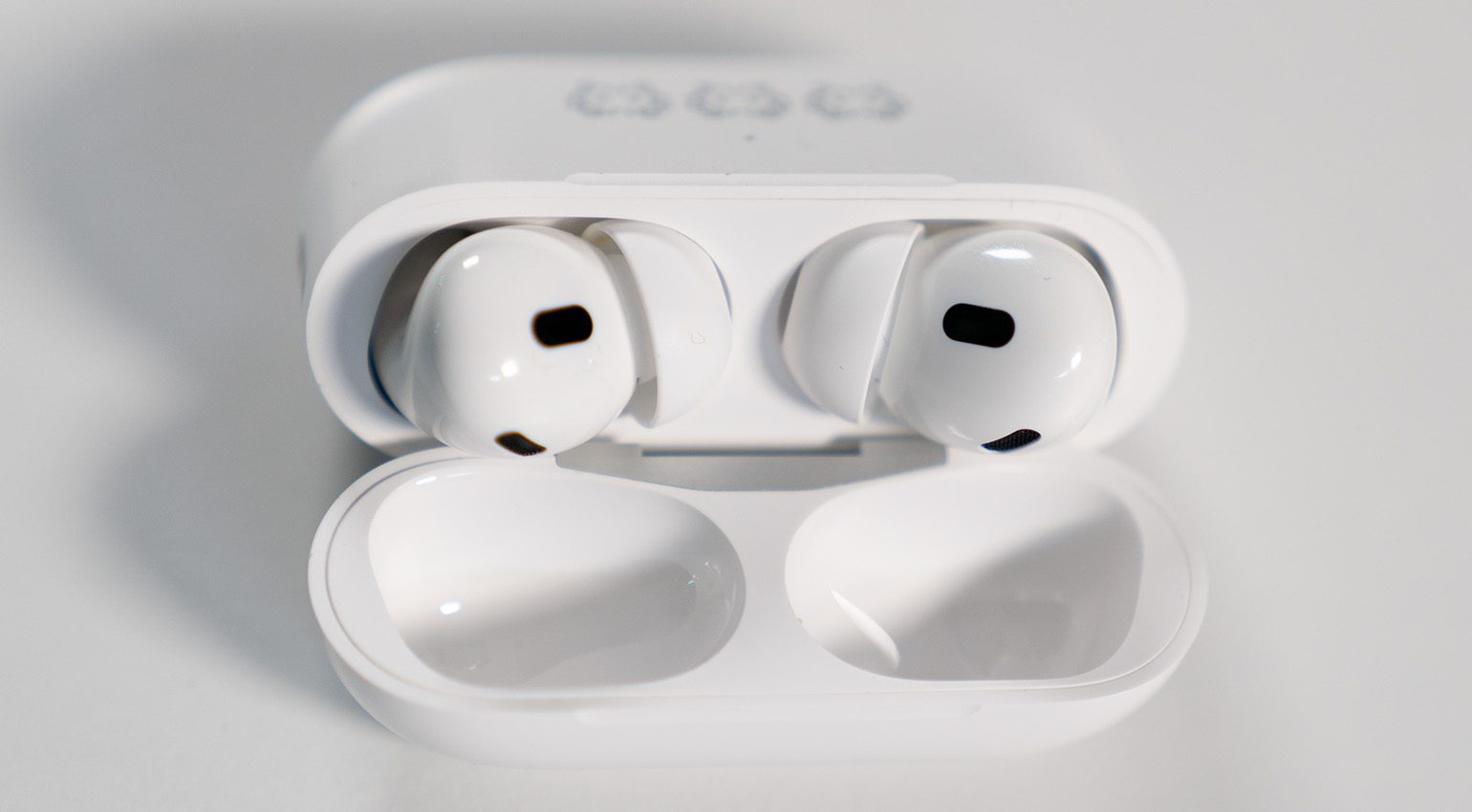 AirPods Pro 2 inside the charging case.

You can get the Apple AirPods Pro at Amazon (Affiliate) for 299,00 Dollars (including shipping). An additional two years of Apple Care+ protection will cost you another 39,00 Dollars. Included in the package is the charging case, a USB-C-to-Lightning cable for charnign the case and the in-ears, four switchable sizes of the ear tips (XS, S, M, L) and the two headphones.

Infos on Apple and its Hardware 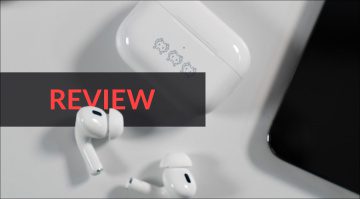 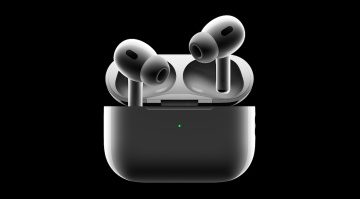