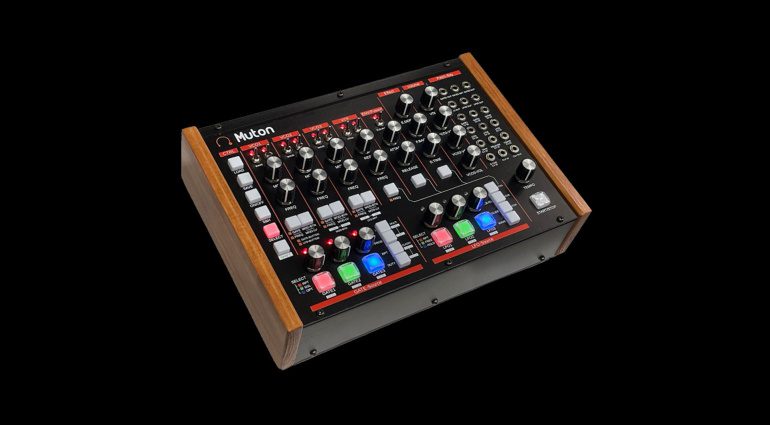 Muton from synth makers REON is a new synth powered by the Flexible Advanced Multiplier engine for extreme modulation and improvisation.

It’s a colourful box with lots of buttons which suggests there’s a fair bit of digital magic going on behind the analogue tone generation. On the surface, it’s a straightforward three oscillator synthesizer. It has a low pass filter, envelope and delay effect and Reon does these type of synths really well. But the interest in this particular synth comes in the form of the Flexible Advanced Multiplier or FAM engine, which is brand new to the Muton.

FAM is like a super-modulator. It has three LFOs and three Gate generators which can be synced to tempo and offer up intense rhythms and movement throughout the synth’s parameters. It looks like everything can be patched in for some FAM action either through buttons next to the destination or via the patch bay. The FAM controller can be configured and saved into six memory slots for instant recall during a performance.

You might imagine that would sound all very techno, but the demo videos seem to push an experimental vibe with lots of audio rate modulation and randomisation going on.

In the second demo, I’m not entirely sure which sound Muton is making. This time it seems to be about ambient evolution of sounds.

Muton is a bit of a strange beast. I’m not yet convinced that I really know what’s going on or how the FAM engine functions. Hopefully, more demos will be along soon.

At one point, REON synths were being distributed by Korg in the UK. But that doesn’t appear to be the case anymore. It’s a shame because the DriftBox synths are really cool. I wonder if the Muton will find its way into shops over here? Currently, Muton is available now for ¥97,900, which is about £600. 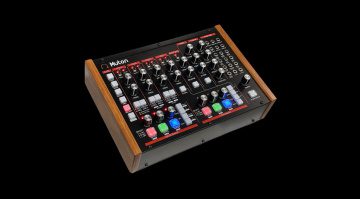 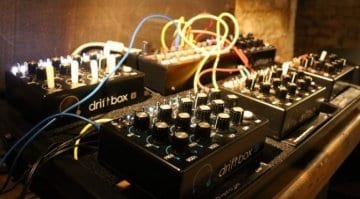 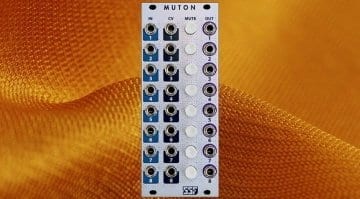 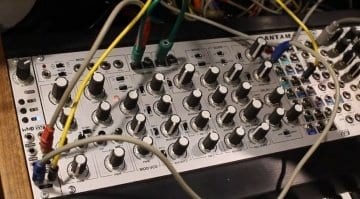 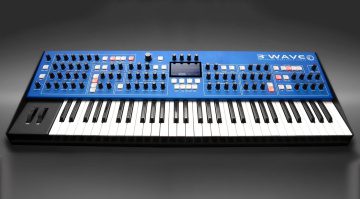