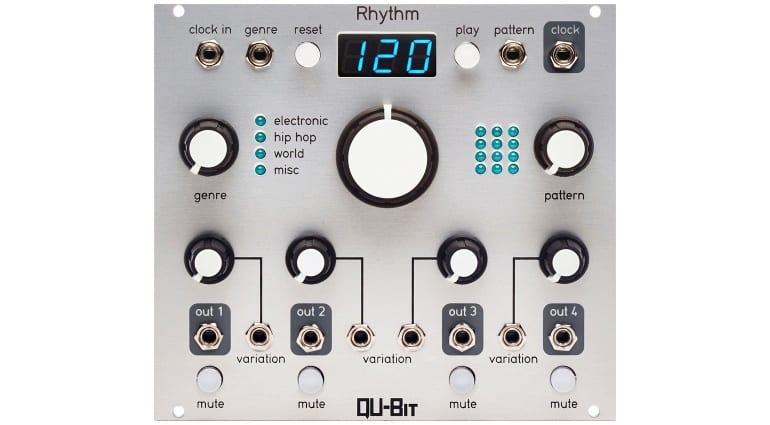 Qu-Bit, the makers of esoteric eurorack modules such as Chord and Wave have released a 4 channel pattern generator. They are calling it Rhythm and it comes with a whole bunch of patterns built in for you to mess about with.

So when I say “built in patterns” that’s precisely what I mean, it’s an automatic drum machine rather than some drum sounds and a sequencer. That may seem initially restrictive but actually it’s quite clever and almost infinitely variable. There are four genres; Electronic, Hip Hop, World and Misc, selectable with the knob on the left. Within each genre there are 12 patterns selectable with the knob on the right. Along with that each of the four channels has a “Variation” knob to mess the pattern about. The misc section contains a standard clock divider, random gates, and various other utility modes.

What’s cool is that Genre, Pattern and Variation all have patch points so you can run a control voltage in to push the rhythms into as much flux as you could possibly imagine.

In the middle there’s a nice big knob to control tempo and a lovely large 3 digital LED to display the BPM. Although it can take a clock in signal of course. Beneath each channel is a mute button for some instant performance options. The interface is designed to take out some of the intricate patching that’s often required for crafting complex drum beats. The Rhythm is ready to go whenever you are.

Qu-Bit’s mission seems to be to make the modular world an easier place to play in interesting ways. Rhythm appears to accomplish this.

More information is available on the Qu-Bit Electronix website. The price is $289. 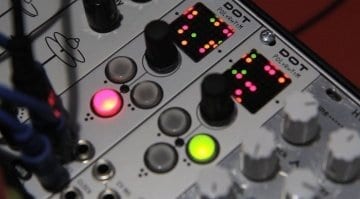 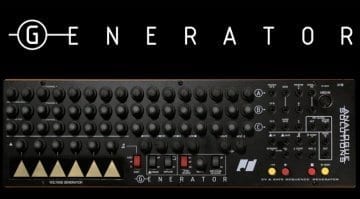 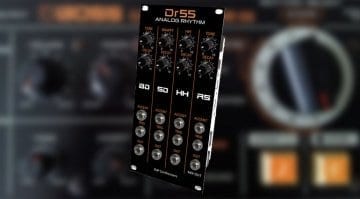