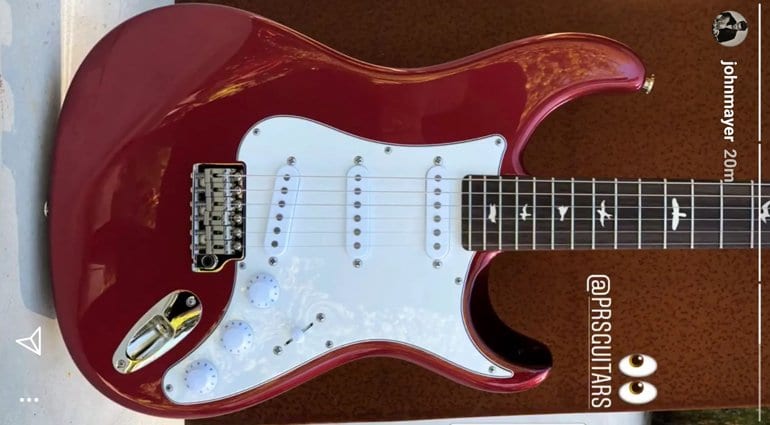 This PRS guitar was first seen being played live by John Mayer last year and there were a few grainy shots of him wielding one back in April accompanied by some YouTube video footage of the gig as well.

This morning, John Mayer updated his Instagram with this detailed shot of the guitar but in a red finish this time.

As yet we have zero details on this guitar, but I can tell you that the Facebook PRS Guitar Owners Worldwide Group is now getting pretty excited about this latest sighting of this possible new Mayer Signature model guitar.

What can we tell from this one picture? Well, we can see it has the obligatory PRS ‘Bird’ inlays and that there is a new Fender style six-point trem with vintage bent saddles rather than the more usual PRS-style bridge.

Also, there are three single coils and what appears to be traditional Volume, Tone, Tone control layout. They aren’t marked on the tops of the knobs like a Fender. I presume it will be a 5-way switch on there as well.

Are we about to see a new John Mayer Signature model in 2018? This could be very interesting and I would imagine that it would divide opinion, putting the cat amongst the pigeons – PRS fans tend to be quite a conservative bunch.

I reckon Fender may well have something to say about all this as well, but we will have to wait and see if there is any gravity to this new photo and hope there are some details forthcoming soon. 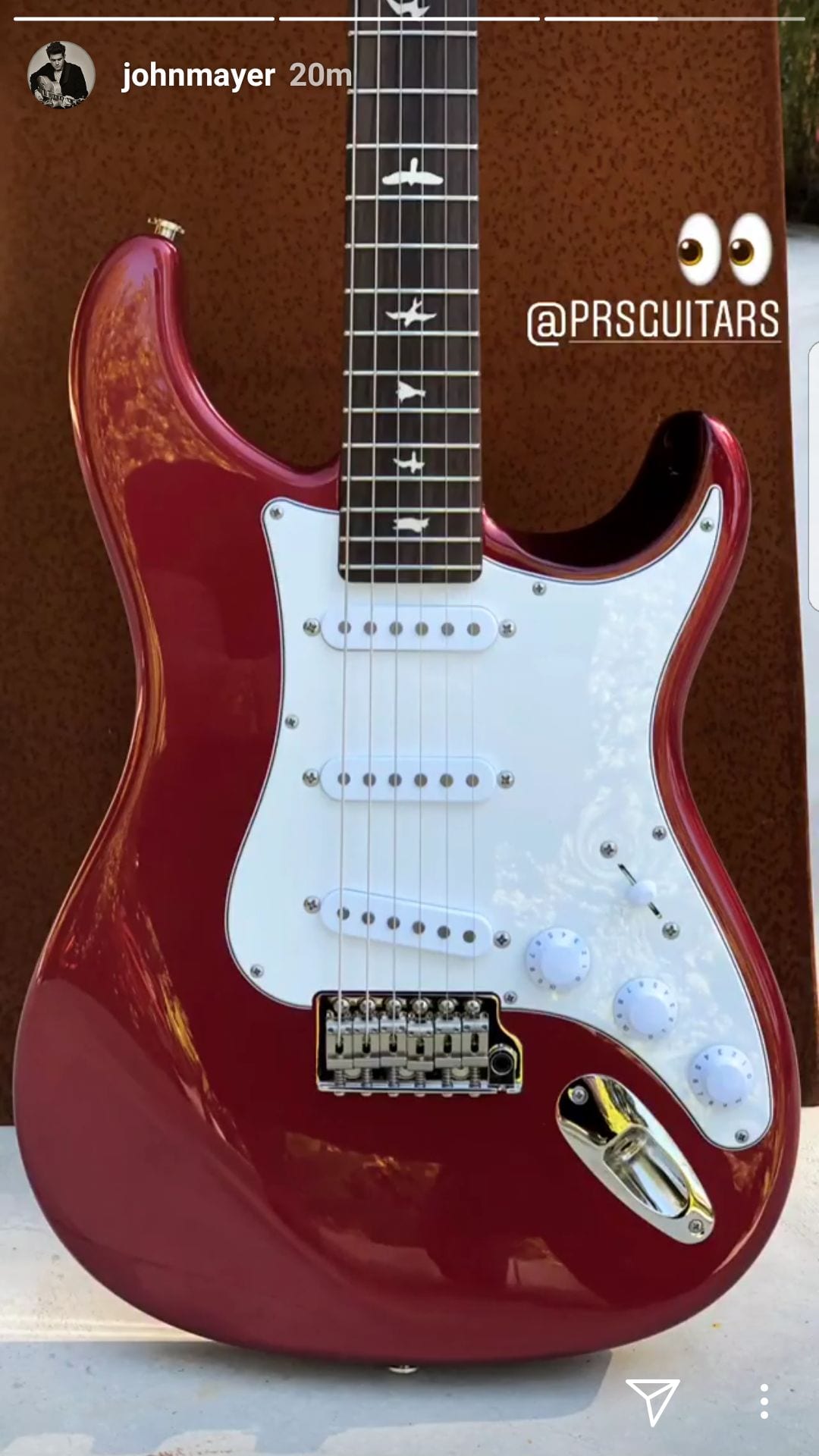 7 responses to “Is the PRS John Mayer ‘Stratocaster’ about to drop?”