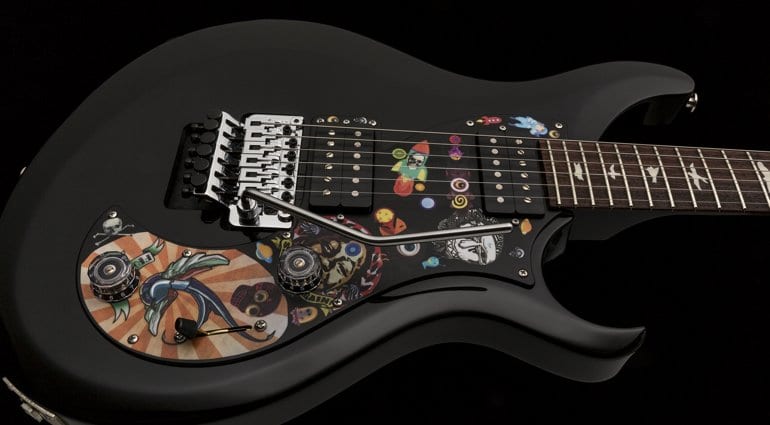 Finally, PRS has released the Vernon Reid Signature model of their S2 Vela model guitar. The Living Colour guitarist has been playing this highly modified guitar for quite some time and only now has it gone into actual production.

Mr Reid has had a modified Vela for ages it would seem and now at last, albeit for a limited time, you can actually get your hands on one.

The Vela is an offset solid bodied guitar design and usually comes with a hard tail bridge. They are great guitars in themselves, I can vouch for this personally, as I have owned one of the original models since the day of release.

This new limited run Vernon Reid Signature model comes loaded with a Floyd Rose 1000 Series locking tremolo system and twin HFS humbuckers, rather than the original pickup configuration of the standard Vela, which uses a single coil in the neck position. You also get a V profile neck, which is Vernon’s preference for this guitar and it comes with a cool graphic emblazoned on the pickguard as well.

If you want one then you have to order one via a PRS dealer between August 8 – September 30, 2017, as after that they will no longer take any more orders for them. Which makes this a pretty limited edition, which is a pity, as it looks like a pretty sweet guitar.

I’m a huge fan of the Vela range and as I have owned one for a few years now, I would quite like to have one with a Floyd Rose, as it could be a lot of fun to play I reckon. Pity, that they have decided to make them for only a short run really. It hasn’t got the Roland pickup system and extensive MIDI switching of Vernon’s original, but of course, you could always add that yourself if you needed it.

It has the same mahogany neck and body construction of the original Vela, plus the standard rosewood fretboard as well.

They come finished in either Black or Aztec Gold, both sport that cool pickguard and will certainly stand out from the standard S2 Vela series. Just a shame that it costs over £1300 more than a standard Vela! 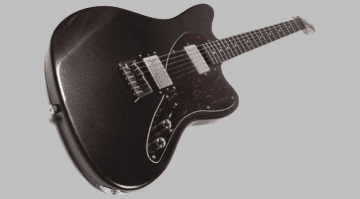