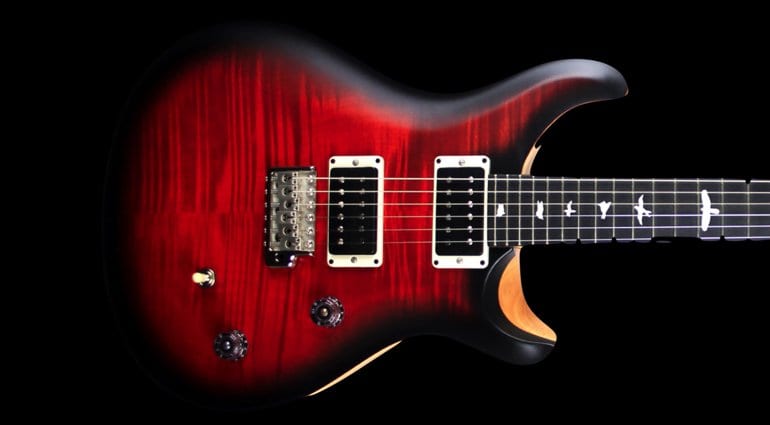 PRS has just announced the new Satin Nitro CE models. As the name suggests, these limited-run guitars all feature nitrocellulose finishes. Each one of them is a coloured variation on a Burst finish and all look very well specified.

PRS CE guitars are 24-fret, bolt-on neck models with ebony fretboards with bird inlays, which suits the bold colours. The PRS pattern thin maple neck is popular with many players, so PRS have gone with this size for all of these guitars. They all use PRS phase II machine heads and so tuning should be very stable.

Each guitar comes outfitted with a pair of PRS 85/15 pickups which are all made in the USA and these are controlled using a three-way toggle switch, a single Volume and Tone control and with a push/pull coil split on the tone control.

With only 300 guitars available worldwide, it is quite a limited run, but one that isn’t too high priced when compared to other limited edition PRS guitars we have seen in the past. Having a bolt on neck gives these guitars a nice variation on the PRS guitar sound.

The PRS CE range was at one time (many years ago) seen as a ‘poor man’s’ PRS when compared to their core Custom 24 range. In recent years, however, many players have been hunting around for these, as they have a pleasing, distinct tone; it’s great to see PRS making them again.

With only a small number of instruments being made, I wouldn’t take too long deliberating whether or not you should buy one, as I think they will probably sell out fairly quickly.