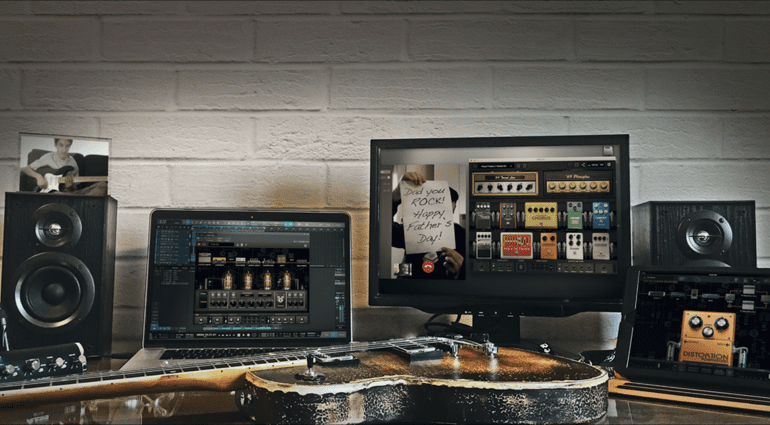 Positive Grid update the popular BIAS Amp software with standalone version. No longer do you need to open up your DAW to just use it.  ·  Source: https://www.positivegrid.com

Positive Grid’s BIAS Amp software has up to now required a DAW to run in. Now the company have introduced a standalone version of the guitar amp software that runs independently on your Mac or PC.

This software recreates and lets you design different amp models on a computer, allowing you to sculpt your guitar tones by playing with the internal components of ‘virtual’ amps. Until now you had to run it in a DAW like ProTools, Logic or Reaper. This meant firing up the DAW and then loading the Positive Grid BIAS Amp as a plugin onto an empty audio track. Now, however, you can run it as a standalone programme and just get on with using it straight away without loading up your DAW.

Positive Grid have also included some new features in this update, too. They have reworked the way you can create virtual models of existing amps with the Amp Match module, and they now allude to it being simpler to setup, though at the time of writing I have not yet had a chance to try the software myself so cannot confirm if this is the case. Judging by the info on their website, most of that seems to be to do with routing and alleviating the process of setting the software up.

The software is available as free update to existing BIAS Amp users, or you can buy the Standard or Pro versions of the software directly from Positive Grid. You can download a demo version of the software form the Positive Grid site as well, so if you want to try it out first and demo the amps and effects then this would be a good place for you to start. Check the video below for a demonstration of how to match an amp using a microphone and your audio interface.

My opinion on the new standalone version is that it’s always nicer to have the choice to try out a software package to build tones before I start actually recording. So this appeals to me as I like to work that way myself. I can also see another plus here, in that the standalone verion – in theory – should be using less CPU and RAM, making it perhaps even better for live use and jamming.

RRP USD $99 Standard and $199 Pro version or a free upgrade for existing users.