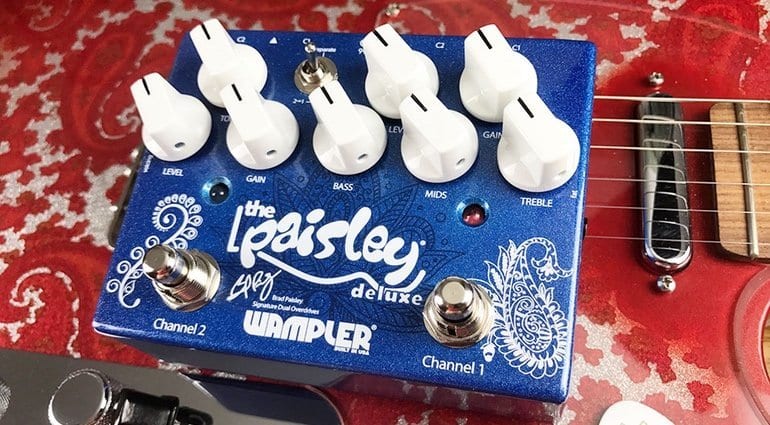 US country star Brad Paisley not only has his own Fender Signature Telecasters but also the Paisley Drive from Wampler Pedals – of course with the eponymous pattern as a graphic. Now follows the Paisley Drive Deluxe, which includes the Underdog Overdrive in addition to the little brother, a Nobel ODR-S clone.

Brad Paisley calls it ‘PaisleyDog‘ and actually it is bit of a mongrel of an overdrive. On the right is an Underdog with 3-band EQ, volume and gain controls, with the fat switch on the side. On the left is the eponymous Paisley Drive, also a signature pedal for the guitarist of the same name. This includes a side voicing switch for mid-scoop and elevation.

Each side of the pedal has its own dedicated input and output on rear mounted jacks, so you can easily reconfigure the order of the two effects when using switching systems for example. So lots of pretty useful features and plenty of scope for fitting it into your existing pedalboard setups.

Quite inexpensive, the Paisley Drive Deluxe comes in at just under 260 USD which is only 40 USD more expensive than the normal Paisley Drive. And sonically, it has a lot to offer, as the video proves. For my taste it is still somewhat un-transparent, but everyone likes something different – and that’s a good thing! 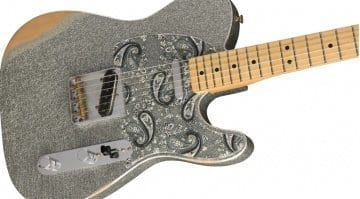