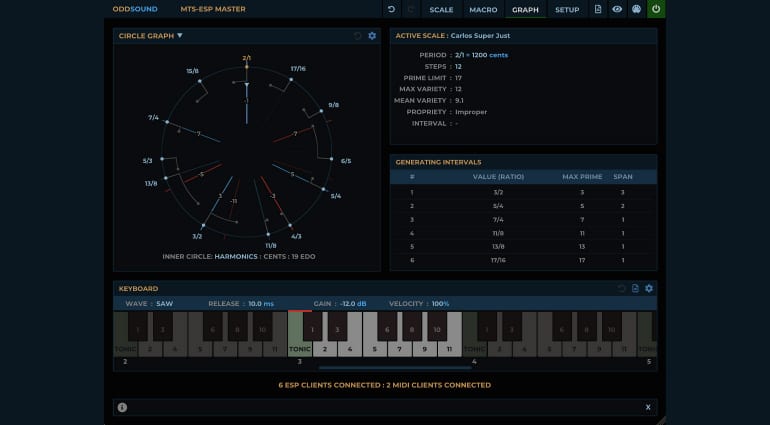 ODDSound MTS-ESP Suite is a new approach to working with alternative tunings and microtonal scales in your DAW. The system lets you control the tuning of multiple plug-ins and MIDI devices from one central interface – dynamically and in real time. There’s even a free mini version.

If you work with tunings and scales that diverge from the western norm, you’re probably well aware of the limitations of most DAWs in this regard. Several mainstream DAWs don’t even address the issue, despite the fact that many styles of music from around the world make use of alternative tunings. Getting multiple virtual instruments and external MIDI devices in tune with each other usually means defining custom scales in each individual plug-in or device, and then hoping that they’ll line up. And changing the tuning or transposing the piece means having to do it all over again.

ODDSound has developed a system that aims to end this. MTS-ESP Suite lets you define tunings and scales in the central master plug-in. This tuning table is then passed on to other plug-ins in your project, dynamically and in real time. You can import tunings and mappings in .scl, .kbm and .tun formats, or create your own tuning system, either manually or algorithmically. 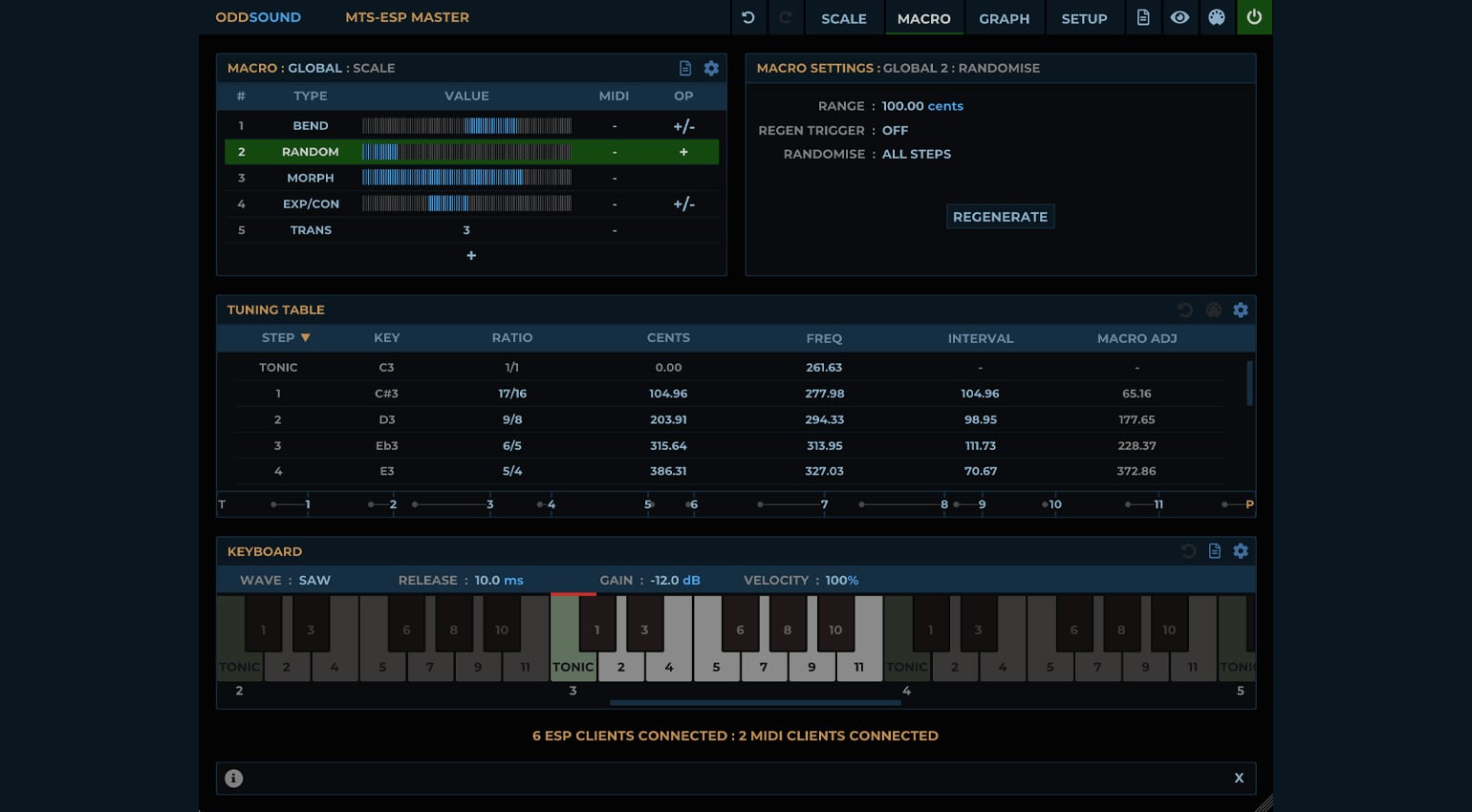 ODDSound says that several renowned developers have already added native support for MTS-ESP to some of their plug-ins, including Audio Damage, Audiorealism, Modartt, TAL and U-He. With these plug-ins, the process is particularly seamless. But MTS-ESP can also talk to other plug-ins and even external MIDI devices and retune them using MPE, MTS SysEx or MIDI Pitch Bend. This allows you to quickly change the tuning of a composition without having to retune each device individually.

According to ODDSound, all of this works in real time. This means that you can automate tuning changes across all your virtual instruments and MIDI devices. It also opens up new compositional possibilities by letting you morph into an entirely different tuning system in the middle of a composition.

If it works as promised and more developers add support for the system to their plug-ins, I think MTS-ESP is a godsend for producers of non-western music and anyone interested in experimenting with alternative tunings and microtonal composition.

The full MTS-ESP Suite is now available for GBP 79.99. You can download a fully functional 30-day trial version from the developer’s website.

As a special treat, they’ve also made a free version. MTS-ESP Mini lets you import tuning and mapping files and synchronizes them across MTS-ESP-aware plug-ins in your project. The free version doesn’t let you create your own tunings and lacks the ability to address non-compatible plug-ins and external MIDI devices. 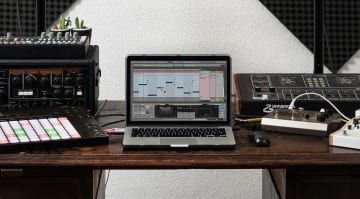