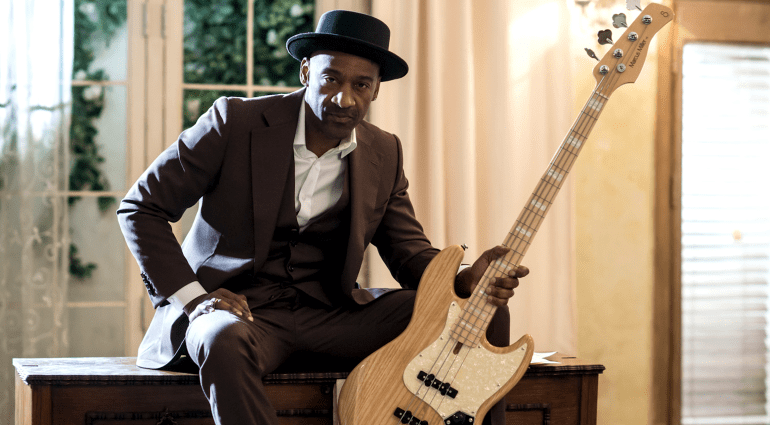 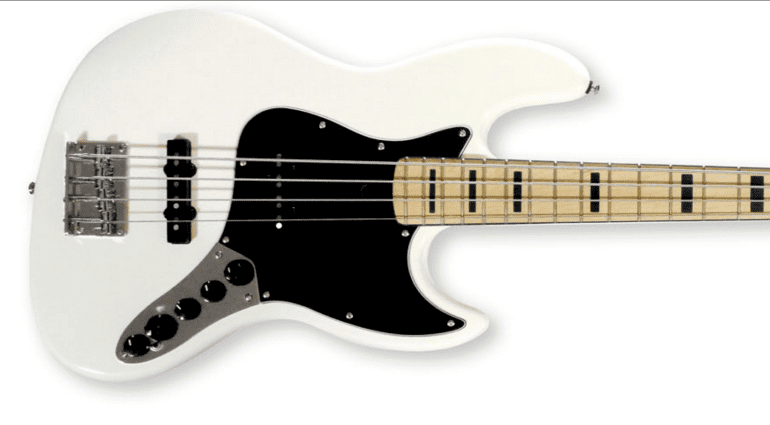 Marcus Miller knows a thing or two about the bass and how to play it. There’s simply no doubt about it: the man is a legend. He has spent two years developing a ‘signature’ bass guitar with Sire, collaborating and consulting on what was launched as the V7. He had, it seems, a lot of input into this line of bass guitars and I think it shows. Released at last year’s NAMM Show, the range now includes a new Candy Apple Red version, as well as a limited edition ’75 Reissue model.

Let’s take a look at the standard models first, which have been around for around a year now and have proved very popular with players. They combine great looks with good playability and quality hardware. They are available in 4- and 5-string versions and in various finishes.

The body is swamp ash on all the ones I have heard about so far, which isn’t the lightest material. There are, however, also alder body versions in some colours and in the new ’75 Reissue. However, Swamp Ash has lovely tone, punch and makes an instrument very ‘snappy’ as well. The guitar features Miller-designed ‘Vintage Jazz’ pickups and also an 18 volt preamp (run off of two 9V PP9 batteries that are housed in the back in two separate compartments). So the bass can be passive or active, making it more versatile.

The instrument has a bone nut for improved tone and classy block inlays, and is available with either a maple or a rosewood fingerboard. These new V7 basses look inspired by the Fender Jazz Bass but with some more modern features like the active EQ/Preamp and a few design tweaks for practicability.

You can either string through the body or just straight through the bridge itself. That’s a nice feature as every player has a preference for how they set up the bridge, so now they have that choice.

The instrument looks really well made, using good quality hardware and all the demos online that have appeared the last few days do sound like this is a really good quality instrument.

The new limited edition ’75 Reissue comes with black blocks, maple necks and appear to be all-American alder bodies in either Black, Antique White or a Sunburst finish. Sire’s website says they are using a more traditional vintage-style bridge on this new run and so I would imagine it will have some tonal differences compared to the regular V7 model.

The V7 range are made in Indonesia and this is how they have kept the price down. I have to say that some of the guitars coming out of Indonesia in the last 5 years or so have been astounding. I own a really nice Yamaha TVL made there and it is impeccably built. So don’t be put off by the country of origin.

So, if you are on a budget and want a really classy looking and sounding bass guitar then these could be just the sort of thing for you. I’m impressed, as the cost is very low and the thought process behind it all seems centred on the player and the instrument’s versatility. That has to be good thing, but then would you expect Mr Miller to do it any other way?

The ’75 Reissue version should be shipping late February.