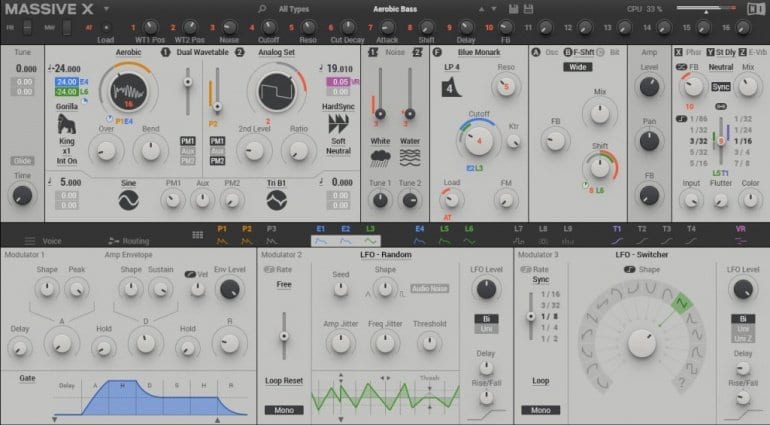 Native Instruments has just launched the much-anticipated update to its Massive synth. And they’re certainly talking up Massive X in the press release, there’s a lot of talk about helping to define modern music genres and such. Will it live up the, well, massive expectations?

So, out of the box it sounds flippin’ awesome to me. Massive was always one for people who like to get lost in the details and Massive X follows that line completely. The interface is a little intimidating. It’s very clean and smart looking but packed with multiple layers of information that are not always obvious as to what they attached to. However, spend a bit of time in the presets and you’ll find yourself sitting back and enjoying the ride – this thing sounds…. Massive!

Massive X is a dual wavetable synthesizer with dozens of wavetables and shapes for you to combine and play with. It’s built on a modular engine that you can rewire in any way you see fit, routing the oscillators through combinations of filter and effect modules, mixing in noise and feedback along the way. You can put together pretty much any form of synthesis. There are loads of different filters to choose from including the acid-perfect Asimov, aggressive and distorted Creak, formant and flange-style Groian, series and parallel dual filters, a comb filter and the filter from the Monark. For the insert effects you’ll find unexpected things like more oscillators, ring modulation, bit crushers and wave folders. It’s in the Stereo Effects section that you’ll find the more usual delays, chorus and reverb.

And then we come to the massive amount of modulation possibilities. You have a bunch of AHDSR envelopes which work as you expect them to except they have far too many parameters. They also don’t move. There’s a picture of the envelope in blue at the bottom but this appears to be only for guidance because it doesn’t represent the shape of the actual envelope – it’s a bit weird and confusing. LFOs are also in abundance and share 9 slots with the envelopes. You have this wonderful dial of waveforms as well as randomisation options. You can assign these to anything you want but again there’s a serious lack of animation or clear indication of what is being modulated.

Another form of modulation is the Performer sections. These are strange modulation sequencers which work very much like an envelope but can be drawn into any shape you like. The Performer runs along a set number of bars and loops back again as long as you hold the note. You can save your weird performance shapes into a handy grid and recall them at will. 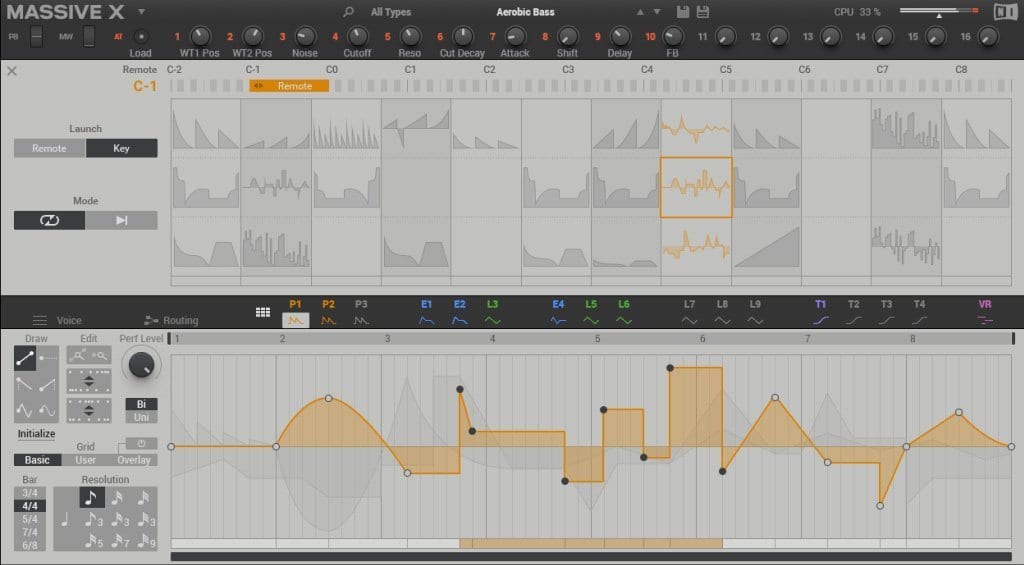 Another slightly odd section is the Trackers which modulate depending on the note you play. You can draw in curves or changes so that different things happen across the scale of your keyboard.

Finally, there’s the VR Mod which isn’t virtual reality but a Voice Randomizer. It adds randomising modulation to any source.

There’s no doubting the depth, movement of sound and sonic excitement coming out of this software. All this business with Performers and Trackers makes for amazingly complex layers of modulation. The drag-and-drop interface of assigning modulators to parameters is dead easy and the familiar row of Macro knobs at the top are very pleasing for users of the original Massive. The interface is deep and interesting and at times in danger of being horribly complex. The thing that lets it down a bit is the lack of animation in the parameters, the static envelope display and how things are just not moving when they should be. Massive X has so much modulation that it’s easy to get lost as to what’s doing what and so visual indications and movement would help that enormously. It feels that perhaps the pressure of the June deadline has meant that they’ve decided to go with the awesome sound engine and maybe pick up and fix some of the interface holes at a later date. It’s a shame but at the same time we can all now get stuck into unravelling the complexities of the sound engine and seeing what we make of this remarkable synthesizer.

Native Instruments MASSIVE X costs EUR 199. Already have the first version of MASSIVE? Then an upgrade costs EUR 149 Euro. All owners of the Complete 12 Package (Standard, Ultimate and Ultimate – Collector’s Edition) can download the synthesizer now at no extra charge. The plug-in runs on Mac OSX and higher and Windows and higher than VST, VST3, AAX and AU in 64 Bit. You can also download a demo version and a PDF user manual from the website. For authorization and installation you need the in-house free Native Access software. 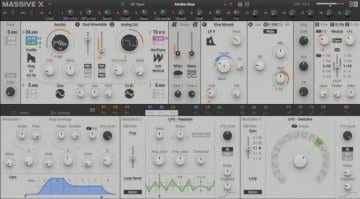 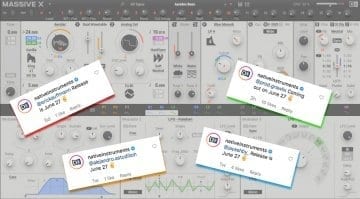 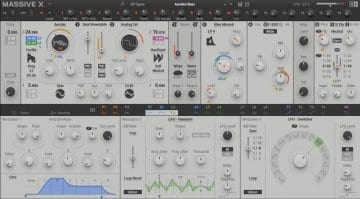 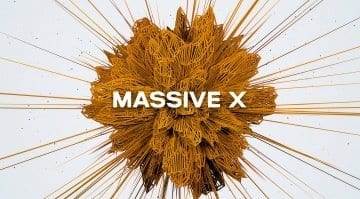 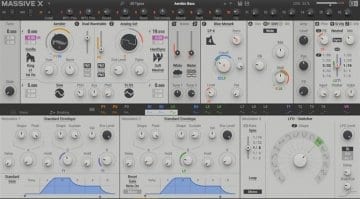