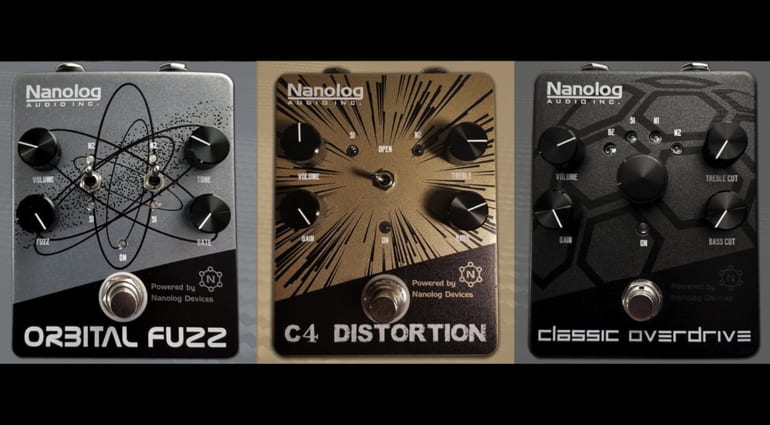 Canada’s Nanolog Audio has a new range of drive pedals called the Carbon Series. They actually use quantum physics to enable them to achieve their drive tones!

Yes, you read that correctly, this Canadian pedal company is using quantum physics for carbon clipping instead of the more traditional Silicon or Germanium diodes to achieve their drive tones.

Nanolog Devices, the heart of the company, use molecules of carbon and a quantum tunnelling process to create a natural, responsive, and warm distortion that is unlike anything achievable with traditional silicon or germanium diodes.

Nanolog Audio hasn’t given us any demo videos or audio demos just yet, however, they do say that demo videos are getting uploaded soon.

We do know that there are three pedals in the Carbon Series and these include the Orbital Fuzz, C4 Distortion and Classic Overdrive models. So something for all levels of dirt ones potentially, as it appears we are getting three levels of drive tone here. 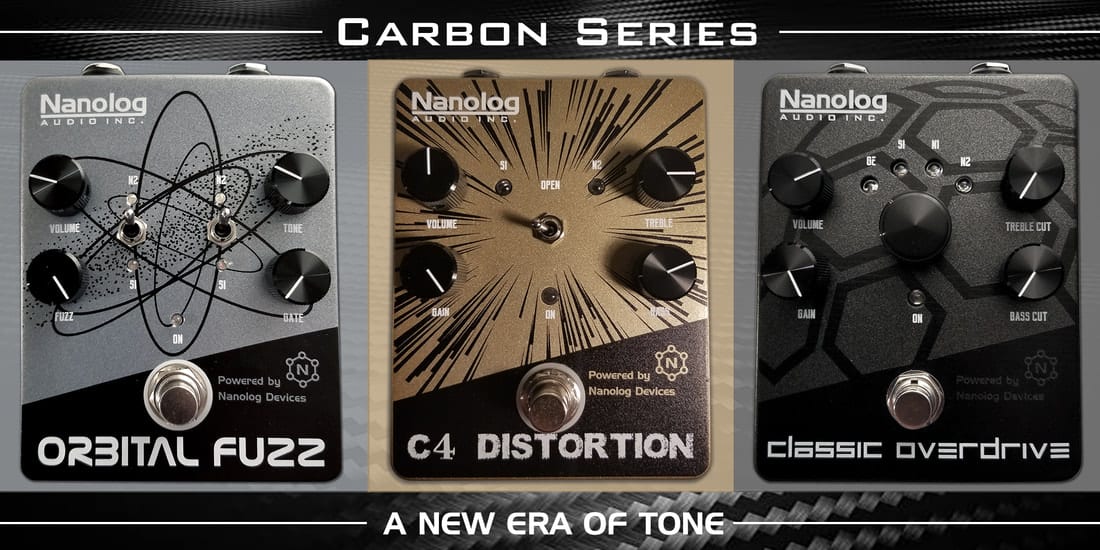 The Orbital Fuzz is based around the classic Muff circuits and offers four clipping modes, using both silicon and carbon. And it also has a handy a built-in gate function to help tame the gain!

Next up, there is the Classic Overdrive which utilises three variations including silicon, germanium and carbon diodes. It also has treble and bass-cut controls for tone sculpting.

Last is the C4 Distortion, it also has three variations including silicon, germanium and carbon diodes and combines them with a  two-band passive EQ.

It all sounds like fun and potentially could make for a new more realistic set of drive pedals for all us pedal junkies. They are due out on 13th November, so not long to wait.