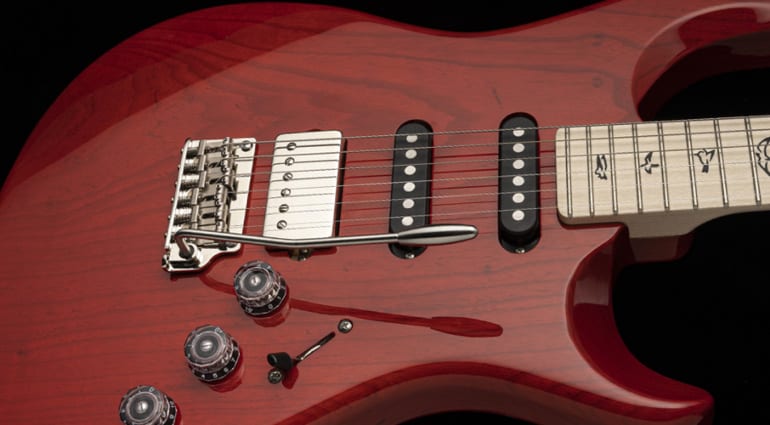 This new PRS signature model for Snarky Puppys’ Mark Lettieri  is called the Fiore. That, as we all knew without googling it, is Italian for flower. The truss rod cover has a design drawn by Lettieri’s mother! Let’s take a closer look at this new guitar.

The PRS Guitars 2021 Launch Party revealed some great new guitars, including a new signature model for Snarky Puppys’ Mark Lettieri called the Fiore. It features a swamp ash body, an HSS pickup layout and a 25.5″ scale length 22 fret maple neck with a matching maple fretboard. The majority of PRS models are a 25″ scale length, so that’s an interesting departure.

The ‘Nitro over Cellulose’ finish comes in Amaryllis, Black Iris and Sugar Moon finishes. It’s understated, but looks beautifully executed. You also get a 2-Point Steel Tremolo with vintage style saddles, rather than the standard PRS trem with six screws on a blade edge. It’s a bit more Strat-like, in line with the PRS John Mayer Silver Sky model. Here’s what Mr Lettieri himself had to say about his new model:

“All guitarists have a sound in their head – a sound that evolves and grows as they progress, discovering all of the beautiful idiosyncrasies that define their individual voice. To facilitate this process, players need a vibrant, dynamic guitar that becomes a free space in which their personality can unfold. PRS and I designed Fiore (Italian for ‘flower’) to be this guitar.”

The guitar comes with a Fiore-H humbucker that should be able handle high-gain lead tones, yet also has a smooth top end that allows the pickup to be played clean. Two single coil Fiore-S pickups help to give a balanced tone with added clarity, designed to work with the humbuckers to give you that ‘bloom’ in all five positions.

This looks like a real player’s guitar to my eye, with a traditional layout in many ways. It ships in a PRS gig bag, so no hard case with this model, like the Silver Sky models.  You can hear the guitar in action in the demo video below. Mark, of course, makes it sound amazing.

UPDATE: Check out our NAMM reaction video to this guitar. Spoiler: we’re impressed! 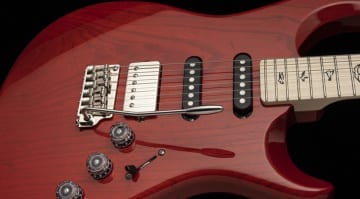 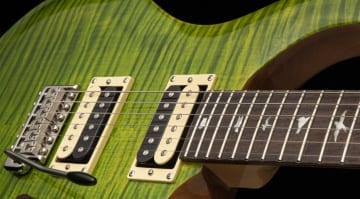