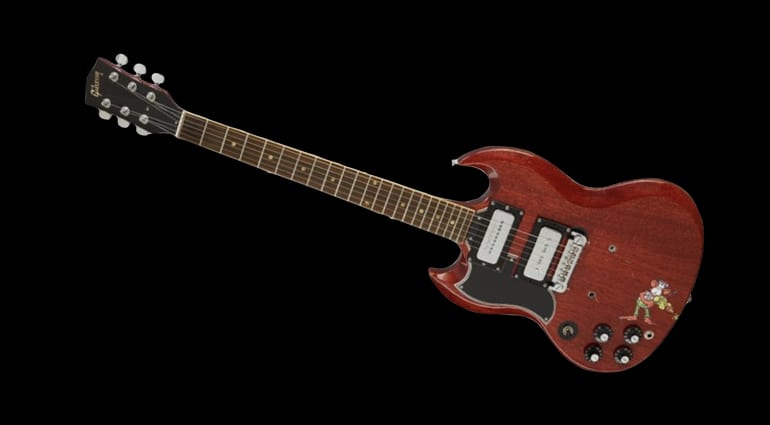 Tony Iommi’s heavily modded ‘Monkey’ 1964 SG Special a guitar that defined the classic Black Sabbath sound is being recreated in 2020 by Gibson Custom Shop. This left handed model will be available in a short run and also as a right handed model as well.

This release will be strictly limited to a run of 50  and that is including 25 right-handed versions of this iconic guitar. Iommi’s original was heavily modified to his personal tastes over the years and includes lower-powered pickups, which were hand-made in the U.K. by the late John Birch.

“Having the opportunity to work with Tony too recreate his original 1964 SG is the ultimate honour for all of us at Gibson.” – GibsonChief Merchant Officer, Cesar Gueikian 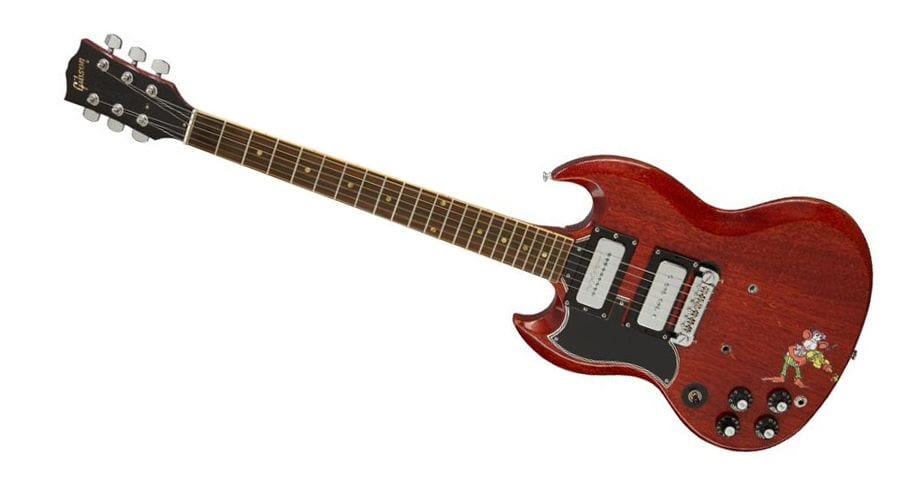 Each one includes the fiddling monkey motif that gives the 1964 guitar its ‘Monkey’ name with Sabbath fans.You’ll get all Iommi’s personal tweaks including the zero fret and even the stop tailpiece bushings as well.

This is one of those guitars that fans adore and so Gibson’s Custom Shop will have to go all out on these detailed recreations of the instrument. If you are left handed, then at least for once you’ll get an equal crack of the whip for once, as hard the release will be south paw friendly, just like the original.

Each guitar will also come complete with an exclusive replica of Tony’s silver cross necklace, which I believe Ozzy’s old man made for each band member when they formed originally. Plus, a coffin case and a replica of Tony’s leather touring guitar strap and a 1960s replica case as well.

YouTuber TheSterlingSound has done a cracking video about the original and it is well worth a watch in my opinion.