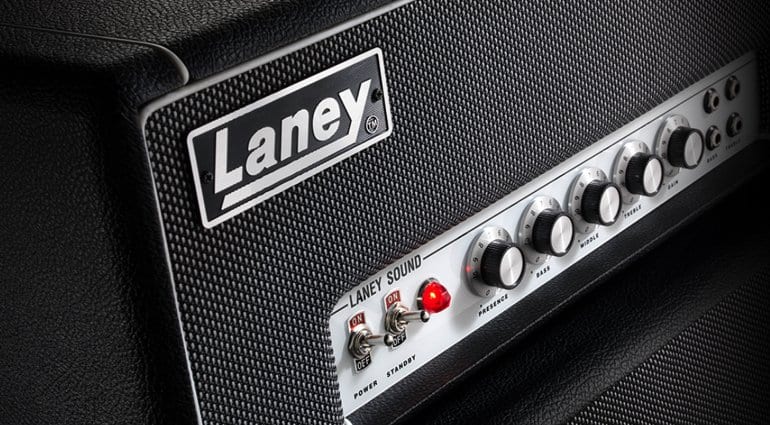 Laney’s new Black Country Customs LA30BL is a lower powered, more affordable version of the LA100BL amp head announced last year at around the same time. Associated with Tony Iommi of Black Sabbath, this new 30-Watt valve head is about to make their trade show debut at NAMM 2018. 50 years late.

This design is a bit of an oddity, as it “reissues” a design from 1968 that never made it to full-scale production. Although a prototype was built, Laney decided not to pursue this model. The thinking was that players of the era needed amps rated at 100 Watts and over. PA systems, remember, were in their infancy, and many venues had little to offer in the sound reinforcement department. Nowadays, of course, 30-Watt amps are de rigour, making it a timely release of a classic design.

The LA30BL is the latest amp from Laney’s Black Country Customs range. It’s a reworking of last year’s very desirable Tony Iommi signature LA100BL head, With power reduced from 100 to 30 Watts, it retains the tonal flavour but puts the tone into a package better suited to modern guitar players blessed with decent PA systems.

Powered by a pair of EL34 output valves fed by two 12AX7 preamp valves and a custom-wound output transformer, the LA30BL has a three-band EQ with presence control. There are also enough inputs (Gain 1 – 2 x Treble and Gain 2- 2 x Bass) and outputs (4, 8 and 16 Ohm) to make it a flexible amplifier.

The matching 2×12 slant-front LA212 cabinet is loaded with a pair of offset Celestion G12M-25 Greenback speakers, which, presumably, has been designed to match the amp perfectly.

If you want a mini Iommi-style amplifier, this new model could be the perfect solution for you, that and it is a hell of a lot cheaper than last years LA100BL models! 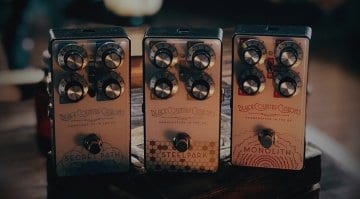