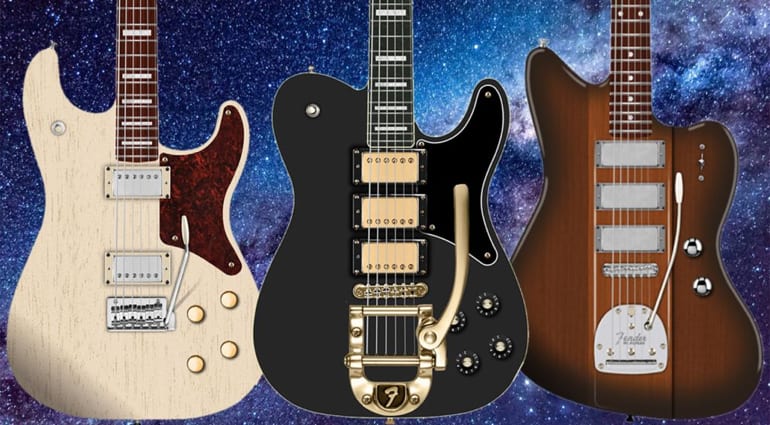 Fender launches its Parallel Universe Volume II at Winter NAMM, a collection of unconventional looking, vintage-inspired guitars. This series reimagines iconic designs from the company’s history as if they were born in a different reality.

I already covered the new Maverick Dorado in a separate article, as it was a reissue-of-sorts of an obscure 1969 ‘parts bin’ model from Fender’s CBS era. The rest of the new Parallel Universe Volume II models are listed below and are a ragtag bunch of alternative versions of well-known, classic Fender instruments from over the years.

The Spark-O-Matic Jazzmaster comes with Seymour Duncan SM-1N and SM-3B mini-humbuckers loaded onto a three-piece ash/mahogany/ash body. The pickups are wired via a 5-way selector switch with single volume and tone controls. It comes with an American Pro Jazzmaster bridge and ClassicGear tuners.

The guitar looks a bit like a cross between Gibson Firebird and a Jazzmaster to me. 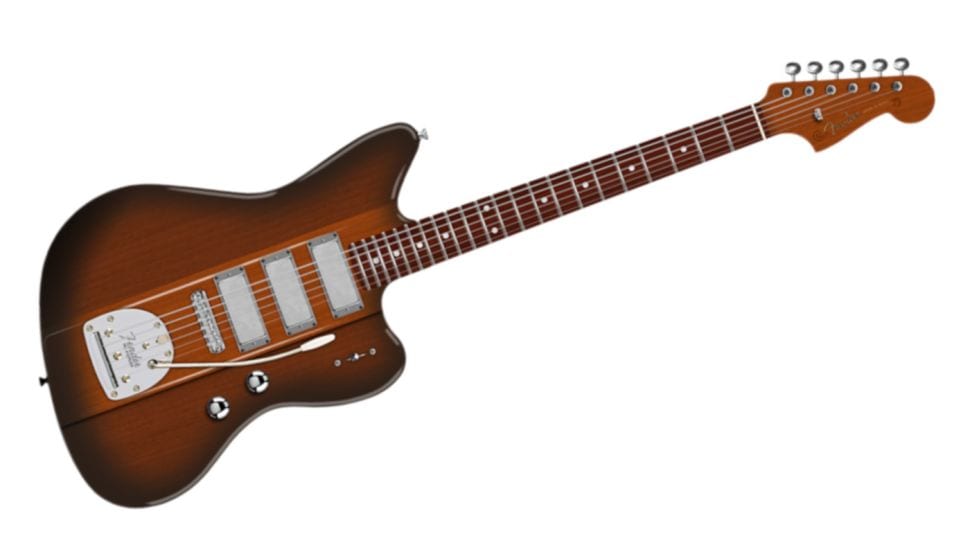 The Jazz Strat is a straight up Stratocaster with Jazzmaster components. There’s a set of Pure Vintage ’65 single-coil Jazzmaster pickups as well as a Jazzmaster trem. It has a custom Decoboom Streamline Pinstriped pickguard with aluminium radio control knobs.

It all looks very strange, but could sound great? 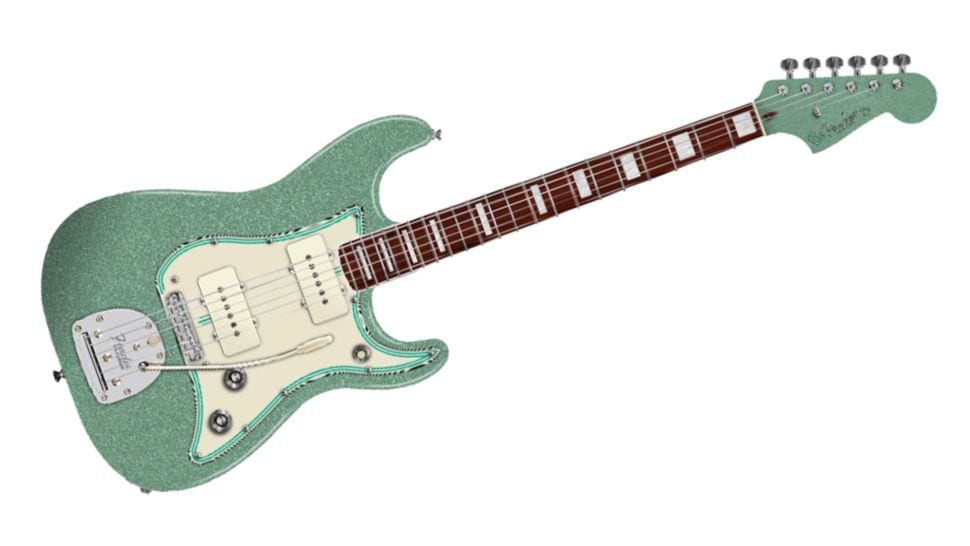 More offset guitar weirdness here with the all-new Strat Jazz Deluxe model. Put Strat pickups and hardware on a Jazzmaster and this is what you get. The design looks a little lost to me, the hardware looks too small on that body.

It has a flame-maple top and a one-piece rosewood neck. The hardware consists of a Pro Strat bridge and three Texas Special single-coil pickups. 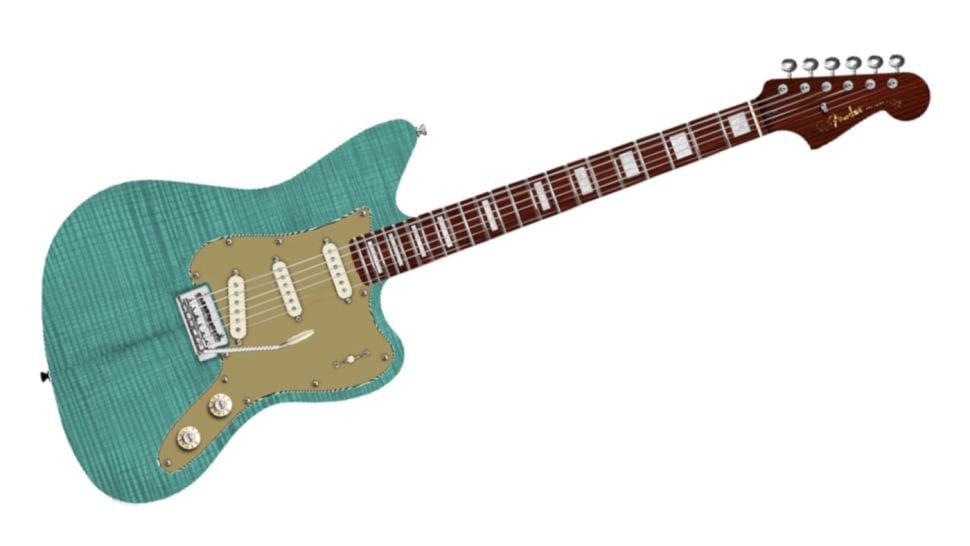 Designed in conjunction with Custom Shop Master Builder Ron Thorn, the Tele Mágico features custom Fender Gold Foil pickups and a 3-saddle Tele bridge. It has an ash body and a nice flame maple neck. The Pearloid block inlays and pickguard give it a bit of pawnbroker-style chic.

The Uptown Strat is the result of a meeting between Leo Fender and Ted McCarty from a parallel universe. It has a familiar Gibson layout of two humbuckers and a four-pot pickup control setup. The mahogany body is paired with a mahogany neck and has a regular Strat-style bridge system. This could be the most normal looking model of the bunch. 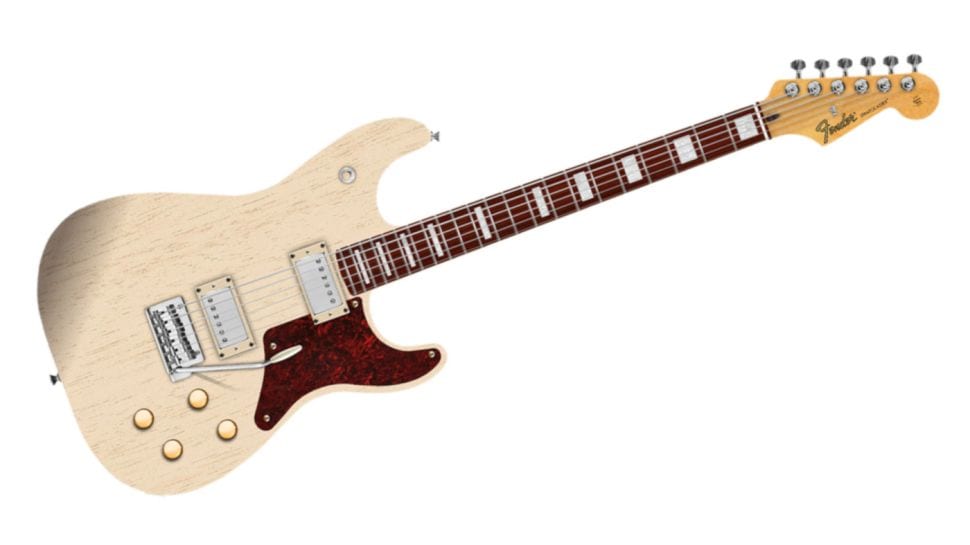 The new Troublemaker Tele Deluxe Bigsby looks like it is wearing a tuxedo and is the most ‘refined’ design of the lot. This guitar is clearly a Gibson Les Paul Custom touting as a Telecaster. It comes with three humbuckers, an LP style control layout and a Bigsby Bridge. Other obvious similarities to the Gibson model are the pearloid block inlays, white neck binding and gold hardware. This one is possibly my favourite of the bunch. 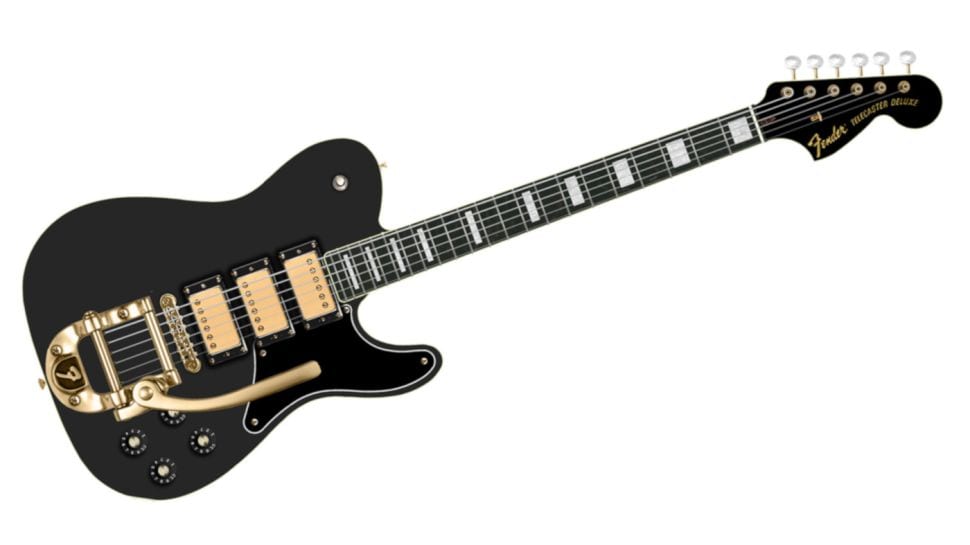 This version of the Troublemaker Tele Deluxe has push-pull volume controls to access coil-taps on both of its Custom Double Tap humbuckers. No Bigsby and just two pickups this time, but still a great looking instrument. Especially with that maple fretboard and black blocks for fret markers. 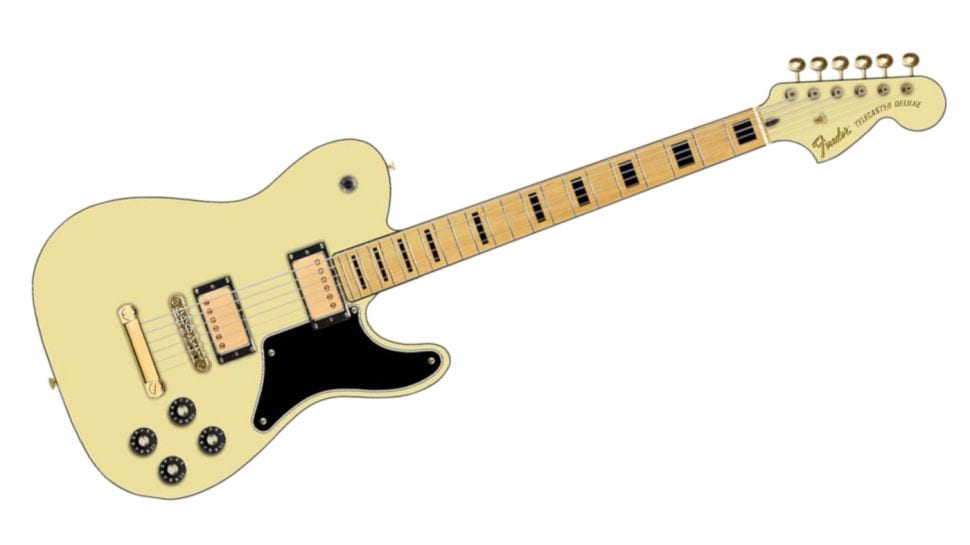 08 Dec · I want to love this. But sadly this is not a device for me: All jacks should be combo jacks. At least one more high impedance port (where is the daughter supposed to plug in? :). Needs more ...

08 Dec · Well, I'd like to win this lovely interface so that I can sell my current one and put the funds towards a Zoia pedal.