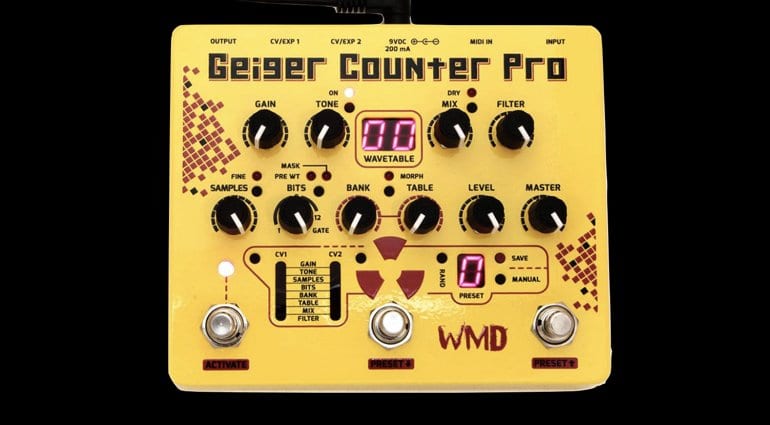 WM Devices has been teasing us with the Geiger Counter Pro since 2011 and they have finally announced its arrival at this year’s NAMM 2018, so just a short wait for this effect then?

Digital destruction in a bright yellow box, this is what we have waited for since 2011 and apparently, it is finally complete and ready to ship in February 2018, so not too long a wait for this one.

With 256 new wavetables bringing the total up to 512 this morphing monstrosity had better deliver, it contains 16 foot switchable (and MIDI switchable) presets, with full MIDI control and two CV assignable inputs as well, so control should not be a problem with the Geiger Counter Pro. There is also a proprietary VST for controlling the effect as well, so we should be able to tame the beast in a myriad of ways with all this controllability. 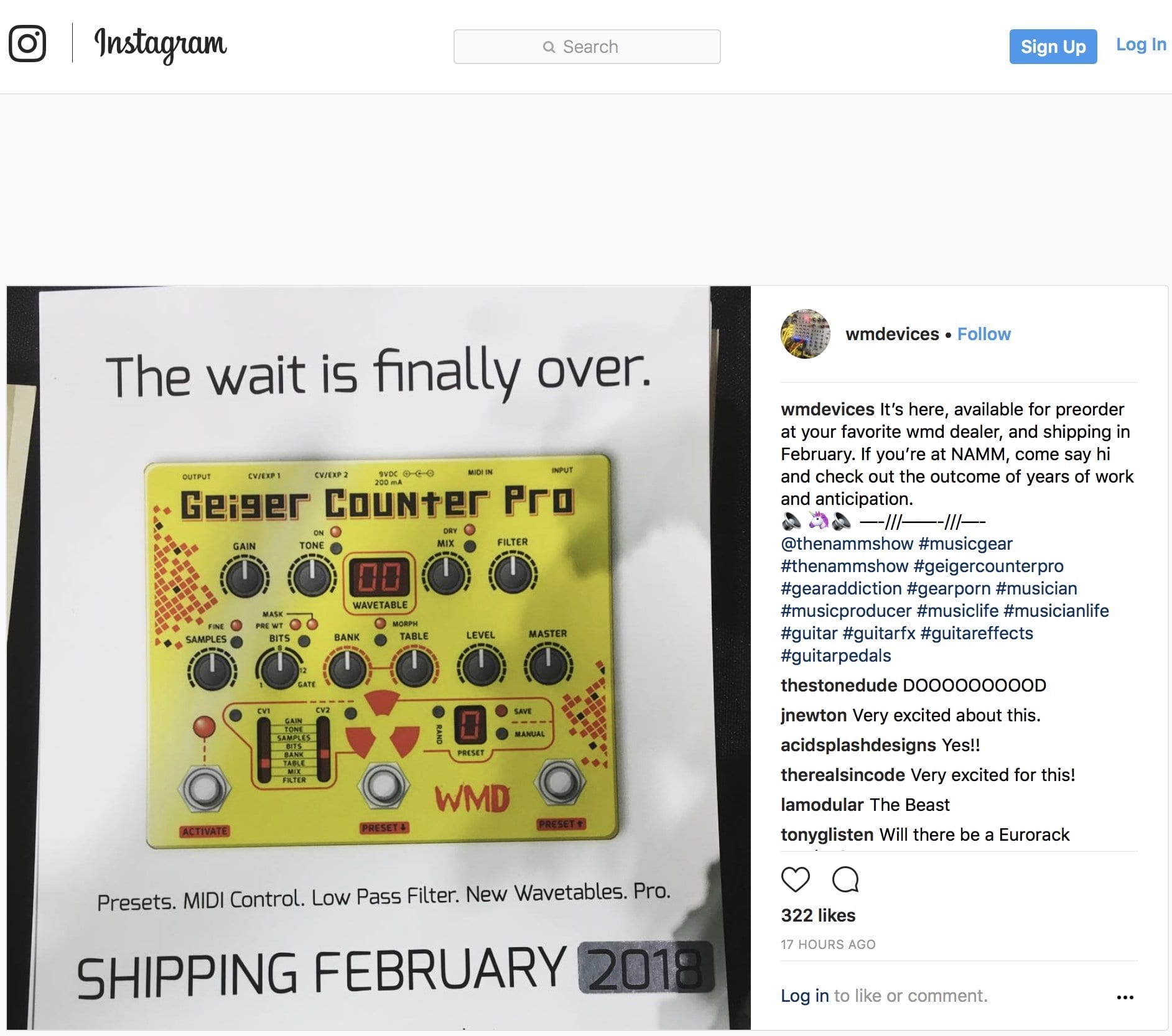 You really need to go watch the video below, the one that they released back in 2016 that is when they thought it might be ready. The pedal is really one for anyone that loves noise, craziness and digital mayhem.

I think personally that after all this time they may well have missed the boat with some of their potential customers, but I do really like the idea of this effect and could see it being a very inspirational tool in the studio. The issue though will be that it has taken so long to get to manufacture and finally sell to the public that a lot of people may have lost faith in it, I hope not, but it is a concern that it has taken almost 7 years to come to fruition.

Would love to see and hear more about this unit and so hopefully we will see some more video reviews in the coming weeks as it nears its final release date.