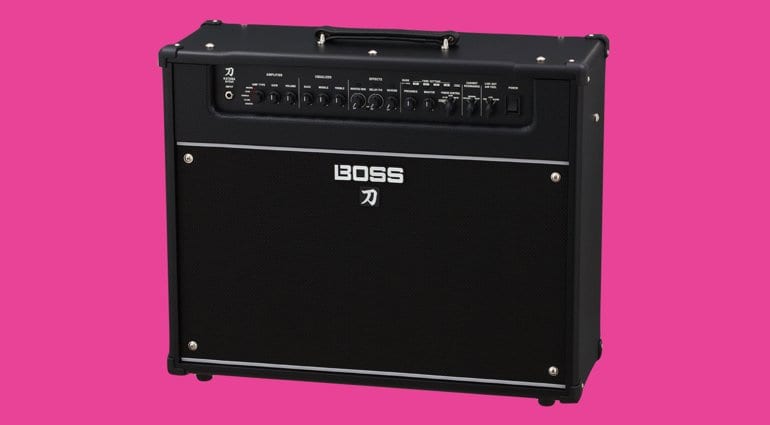 Boss has certainly been busy getting new products ready for this year’s NAMM show! The digital paint was still drying on our report on the upcoming GT-1000 Multi-Effects Processor when we heard about the new Katana Artist Guitar Amplifier. Coupled with the intriguing Katana Air amplifier, these product launches should make it a good year for the Japanese guitar amp and effects giant.

The new 100-Watt Katana Artist combo has a new cabinet design with a set of front-facing controls and a custom premium Waza 12-inch speaker, designed specifically for this amp. The speaker produces tones inspired by the benchmark 25-Watt British stack speaker from the ’60s

The amp also has a semi-closed back panel designed to help the amp project in a live scenario.

According to the BOSS marketing blurb, five new selectable amp characters were designed specifically for the Katana Artist, offering a range of tones from ‘organic vintage’ to modern high-gain sounds.

The amp also comes with its own built-in effects and by using the BOSS Tone Studio via USB you can access 58 fully-customizable types of effects, so plenty to keep you busy there. The editor software is free and there is also access to free downloadable patches if you are too lazy to build them yourself or just need some inspiration to make your own.

There are also eight tone settings arranged in two banks of four, so you can quickly access your presets tones via a quick press of the ‘optional’ external footswitch. 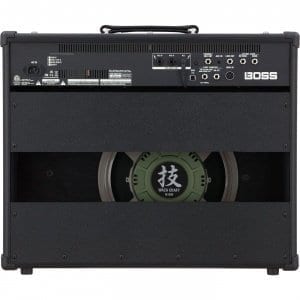 The Katana Artist also has a handy Line Out, USB port as well as Phones/Recording outputs with cabinet simulation. That will allow you to send mic’d amp tones to a front of house, PA system, DAW or to headphones for silent practising. There is also a very useful Power Control function so you’re able to roll back the overall volume, but retain the tone and feel of your amp tones.

If this new Katana amp is as nice to use as the current versions, then I can see it being very popular as it is really pretty cheap and a bit of an all-rounder, and might be very attractive for gigging guitarists on a budget.

RRP – GBP 529 with a footswitch as an optional extra