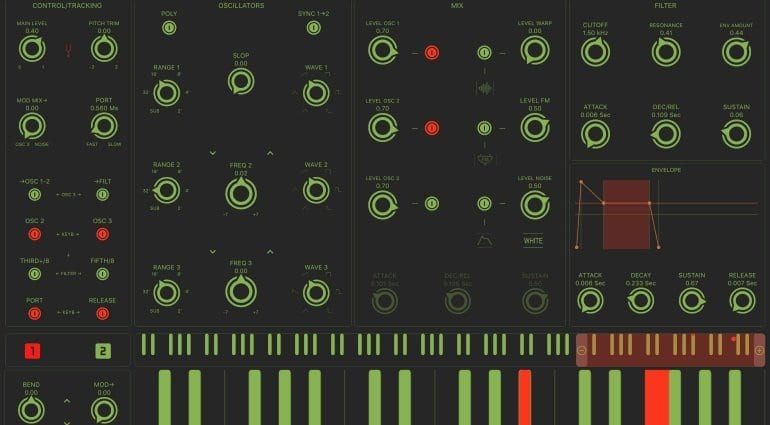 Mood isn't a Model D clone like you are used to.  ·  Source: apesoft.it

Moog Model D clones are as common as Coca-Cola, but this one is unlike anything we’ve ever seen. iOS synth pioneers apeSoft released mood, best described as a Model D from 2021. Its interface looks like a spaceship command terminal, while the sound remains grounded in last century – exactly where it needs to be!

Although hard to recognize, the layout is exactly the same as the revered synthesizer’s, so you won’t have any trouble getting around the app. It’s quite the looker, especially if you are into futuristic design. The three oscilator, filter, envelope architecture should be familiar to anyone who’s explored subtractive synthesis. mood goes a fair bit deeper than that, though, as the freedom of the digital environment allows for many changes to the original circuits.

Thus, the original layout is upgraded with an FM module, 7 LFO shapes, classic or vintage reverb, and other bells & whistles. In addition to nailing the Model D sound, mood has an extensive list of features and additions to make another compelling case for iOS synths. The complete list is as follows:

You can grab mood for $12 from the App Store and watch Jordan Rudess of Dream Theater take it for a spin. According to the man, the Mood synth has “immense sonic ability.” We wouldn’t doubt his words, considering his musical talent and technical competence. 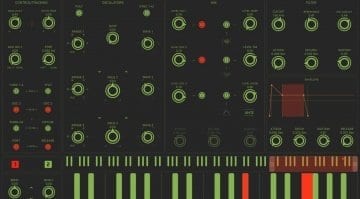 What a great sounding emulation of the Minimoog!