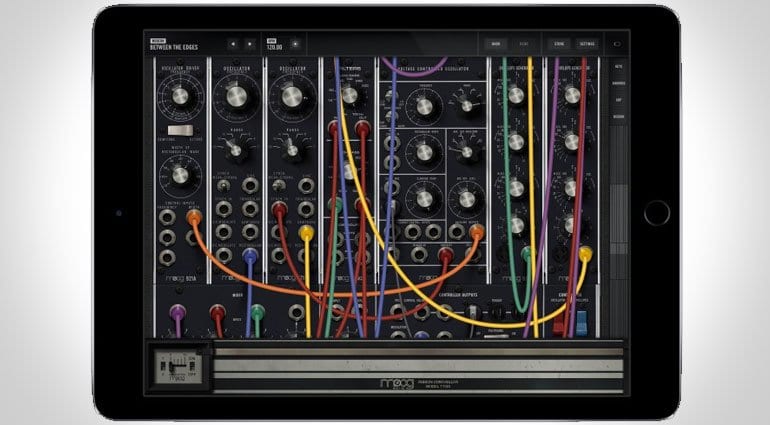 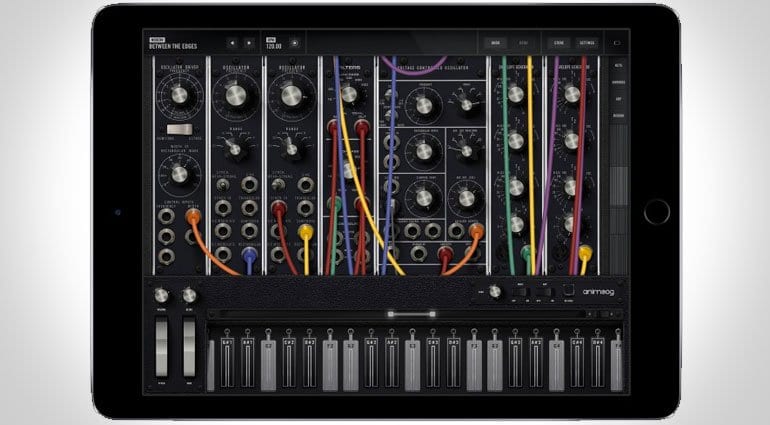 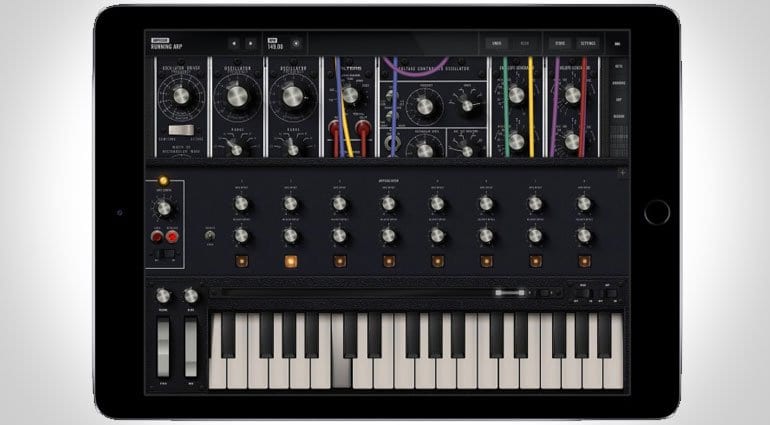 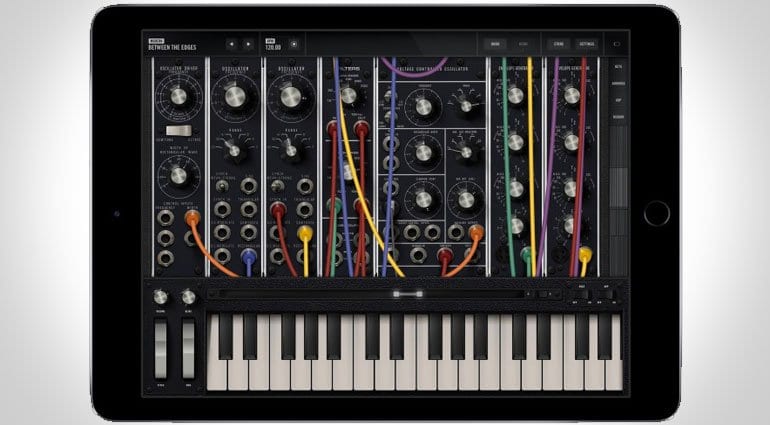 About 5 years ago Moog released Animoog on iOS and overnight the iPad became a usable musical instrument. Despite Moog not understanding the iOS pricing model that usually sets apps at a couple of dollars, this £30 synth was a revelation. However, it wasn’t a model of anything in particular – it had a recognisable Moog sound but it was something new. The Model 15 App on the other hand is a faithful recreation of the Model 15 modular synthesizer that they first produced in the 1970’s, although for a mere $10,000 they will make you a nice new one. That does put the $30 price tag on the app into some kind of perspective.

The Model 15 is a modular synth and so is essentially a collection of other modules and the app recreates all of these including the 921 series oscillators, 904A low pass filter and 907 fixed filter bank. The app features both monophonic and 4-voice polyphonic operation and can be controlled via MIDI or with a number of onscreen options including a virtual keyboard, 1150 ribbon controller, 8-step sequencing arpeggiator or the keyboard from the Animoog.

Some features extend the functionality of the original, including total MIDI integration and knob assignment, a loop recorder with overdub, a master ping-pong delay and an extension cabinet that includes additional amplifiers and voltage-controller reversible attenuators that can be used for effects like ring-modulation.

It looks completely stunning but there’s a lot to fit on the screen and so a certain amount of fingering about is required to get to the various modules. Moog have utilised “Metal”, Apple’s new graphics optimisation framework, to ensure that all the panning and zooming feels smooth and natural. So you can pickup a patch cable with one finger and swipe with another finger to get to where you need to go to complete the patch. This means that it will only run on iOS 9.3 on the iPad Air, iPad Pro, iPhones later than the 5s and any iPod Touch from the last two years. It also has support for the iPad Pencil for applying pressure parameters. Owners of older iPads like my trusty generation 3 are shit out of luck.

The Animoog has been the greatest thing on my current iPad and I wonder how I can convincingly stage an accident that would result in the arrival of a newer one that can run Model 15 without arousing spousal suspicion. 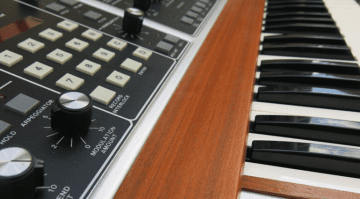