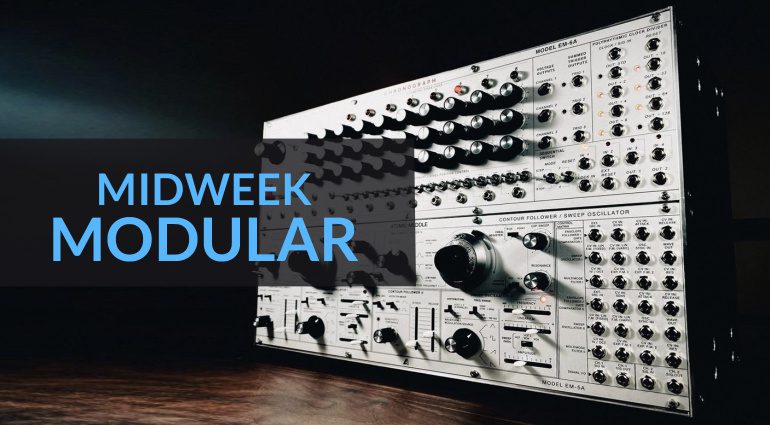 While most of the modular world takes some time off after Superbooth we check out the growing catalogue from California’s LA Circuits.

The first Instagram post from August of 2018 was of a sketch for what appears to be a Krautrock Phaser effects pedal. But posts quickly turn to the subject of the EMS Synthi, knobs and modular circuit boards. By 2019 interesting looking Eurorack modules had begun to emerge with a distinctly Buchla-inspired colour scheme although this isn’t just about the West Coast.

We first heard about LA Circuits in January of 2021 when it released a couple of music videos that appeared to feature the current range of Eurorack. However, it was really hard to work out what part the modular was playing on the track. It definitely piqued my interest, and I soon discovered that LA Circuits had a whole raft of modules ready to roll out. Production was delayed by supply chain issues but now things are starting to open up. I think 2022 is going to be the year for these fascinatingly elegant, complex and impressive looking modules.

The 2022 catalogue features 17 Eurorack modules plus the super-wide Chronograph and Atomic Meddle. LA Circuits hopes to be bringing the range to NAMM in June with full production starting soon after. Let’s check out some of the key modules.

While it looks amazing, little is known of the Atomic Meddle other than what we can see. It’s a Stereo Analog Voltage Controlled Filter with a Contour Follower and Sweep Oscillator. It has two identical sections with impressive precision knobs and a patch bay to the right. It has a multimode filter with variable response and resonance. The Contour Follower has Attack and Release controls along with a threshold and the ability to detect either envelope or gate. The Sweep Oscillator has four different waveforms controlled by a 1v/Oct and FM input.

In the catalogue, LA Circuits has featured it in the LS-168 attaché case. The Chronograph at the top is a 3-channel 8-step polyrhythmic rhythm generator with slew control, a sequential switch and a clock divider. 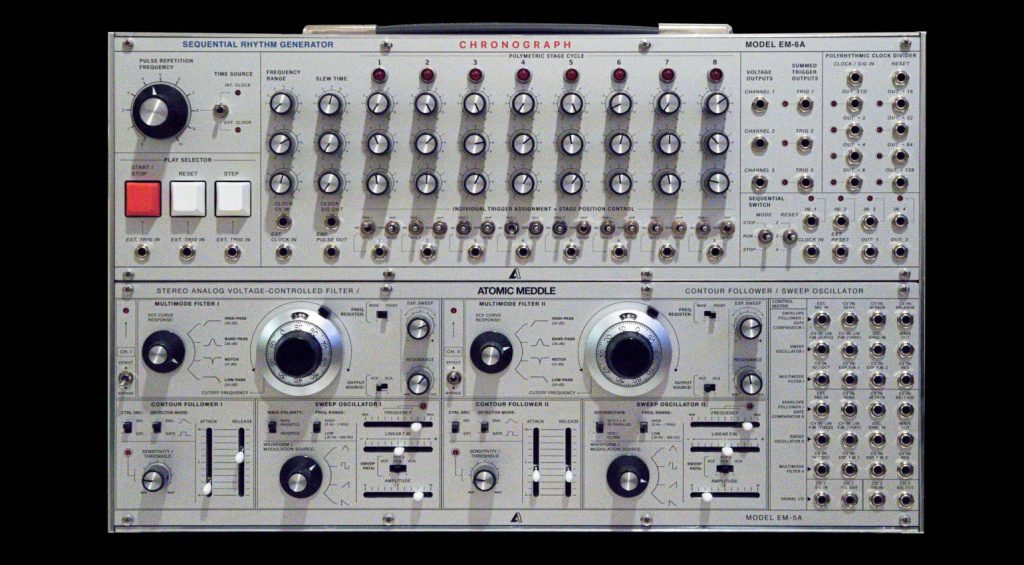 Together they could make a tantalizingly awesome modular system that we’ve never heard or seen in operation. Hopefully, NAMM will provide some answers.

These were the two modules that made a splash last year and according to LA Circuits are their best sellers to date in the small runs they’ve been doing up until now. 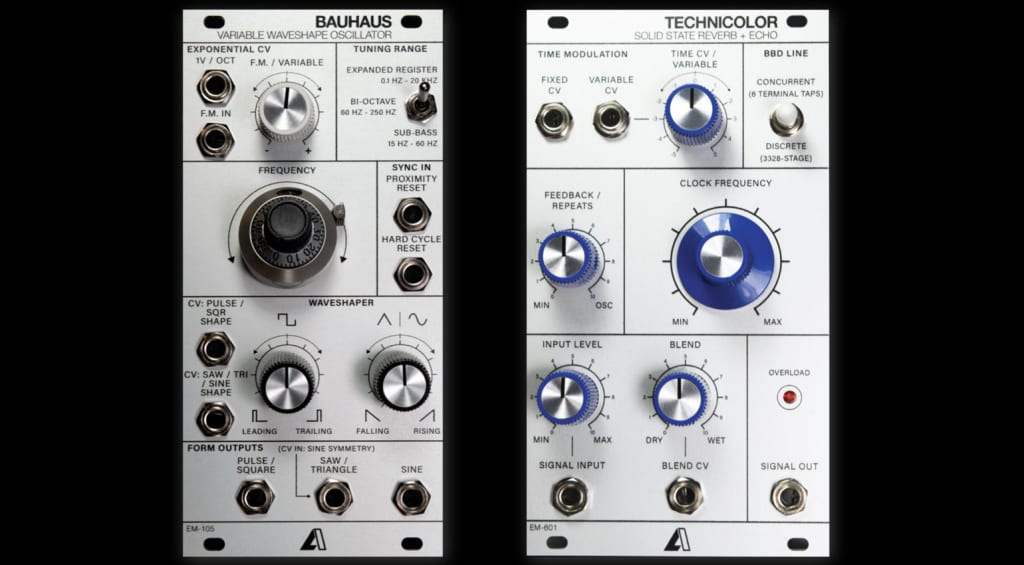 Bauhaus is a variable waveshape oscillator with shapes that move from sawtooth through triangle and sine waves, and pulse to square. You get individual outputs for the Pulse, Saw/Triangle and Sine waves. The frequency is controlled by a highly accurate multi-turn vernier dial which looks superb.

Technicolor is a solid-state reverb and echo module. In Concurrent mode, the audio passes through six BBD terminal taps to produce a natural-sounding reverb. In Discrete mode, the audio is processed through a 3328-stage tap generating a warm delay line.

New for this summer is the Tomahawk four-stage OTA-based phaser. The internal LFO can range from 0.2 Hz to 24 Hz offering gradual change and then through swells up to rapid pulsating shifts. You have full control over the shape of the LFO as well as depth, frequency modulation, peak emphasis and exponential notch shift. You can also patch in an alternative LFO. 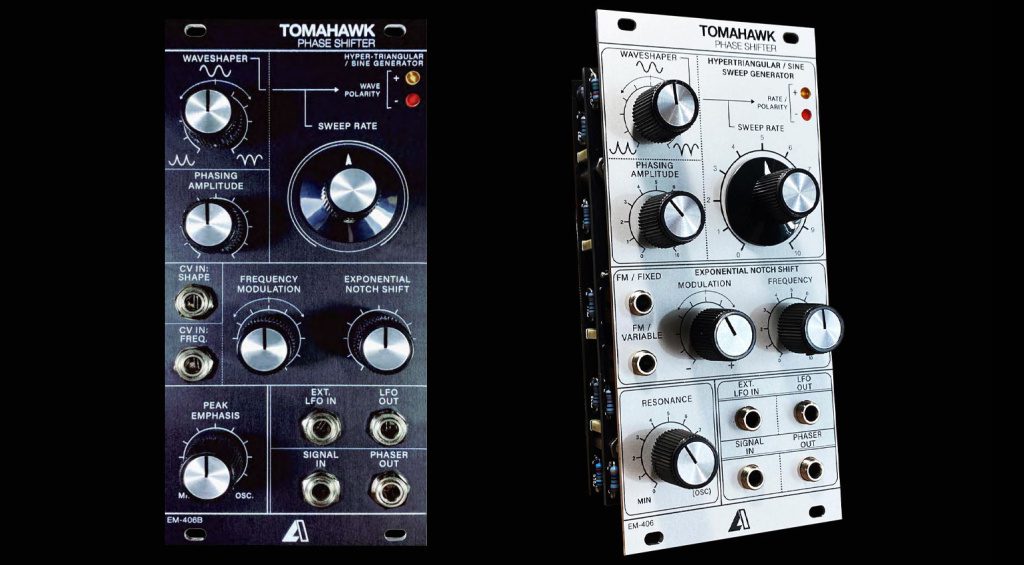 The Tomahawk is also the first LA Circuits module to showcase the black front panels. Apparently, all the modules will have a black or silver front panel option.

A little further off is the bucket-brigade based Odysseus delay module. Is based on classic vintage delay designs and offers times from 10ms to 1s. The delay time can be modulated over CV and an integrated exponential current converter can change the shape of that modulation. The signal can pick up some nice saturation via the Preamp Drive input circuit and Output Gain controls. 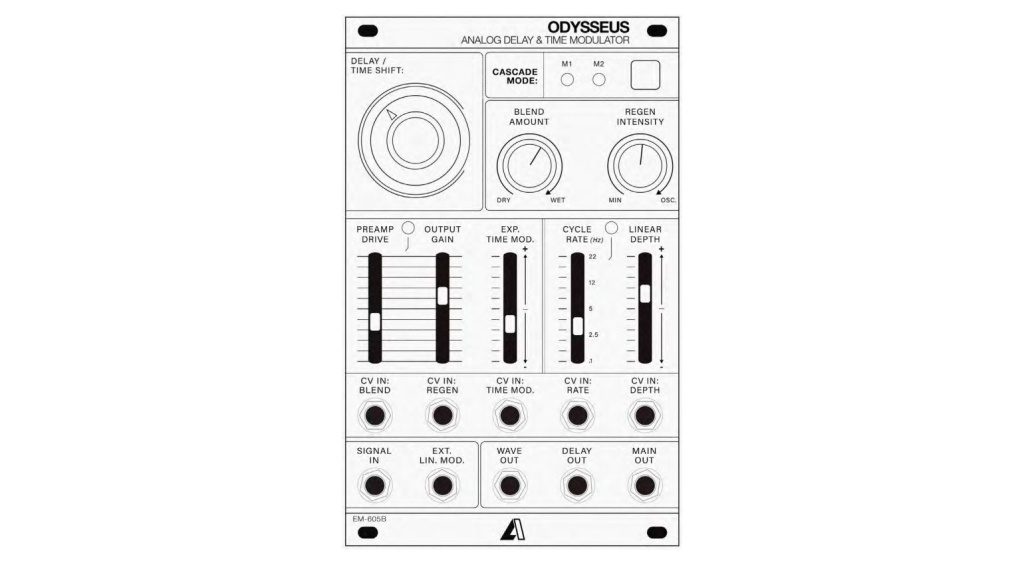 Even though it’s just a sketch it already looks pretty interesting.

And then there’s the Chronograph which is available as an 84HP module for $1,800.

LA Circuits hasn’t particularly overwhelmed us with video demos of their products. I really hope this will change because there’s some fabulous modular at work here. I’m very keen to see more of it in action. The styling and vibe of the range is superb and it seems to be developing into a really solid collection. The NAMM SHow runs from the 3rd to the 5th of June and we’ll definitely keep our eyes open. 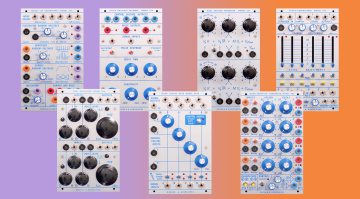 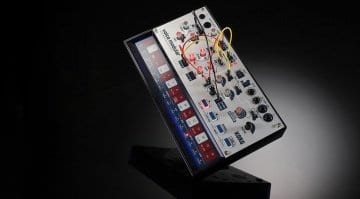 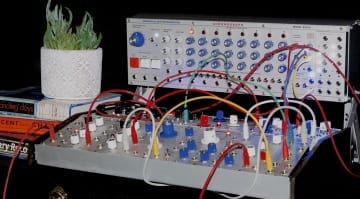 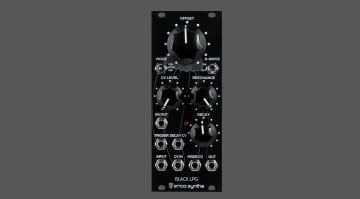