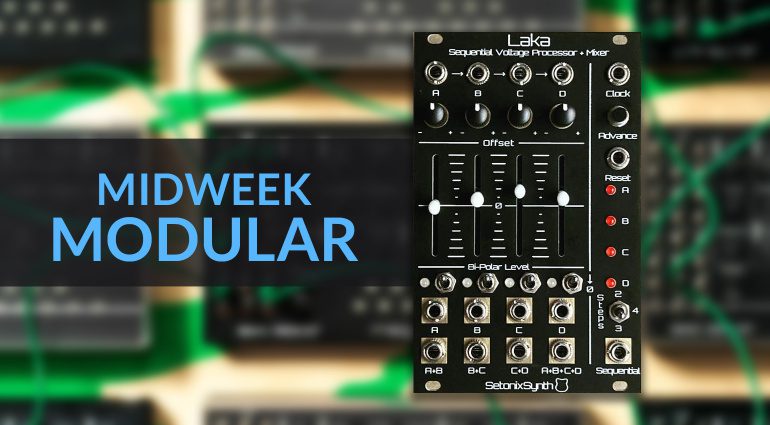 Nano Modules has a cool idea for a case while a row of 8 faders offers CV automation, a matrix of 64 buttons gives a routing adventure and you can build a 303 with a series of DIY modules – and more!

The most interesting modular thing I saw this week was the Phrader Bank from Music Equipment Concepts. The beauty is in the simplicity. Each one of 8 faders generates CV and you can record and loop up to 30 seconds of independent movement. That’s it! There is no sync, no clock, no clever stuff, just organic CV automation. Read more about it here.

Otherwise Frequency Central has a neat matrix mixer they are called Wonderland. It’s simple and button-based giving you 8 inputs, 8 outputs and interestingly 8 inverted outs. There’s a forthcoming companion module called Looking Glass that will give you full-sized attenuators and LED status indicators. Read more about it here.

Fancy a TB-303 is your rack? Then Ge0sync Synths has you covered with the TB-Euro series of modules where you can pickup the VCO and a choice of either a VCF/Envelope combo or one that includes the VCA. Additional patch points come as standard as well as a bit of overdrive. Read more about them here.

The CAIXA 104 case from Nano Modules also caught my eye as a nicely curated single row of modular housing. The cool thing about it is the row of integrated 1U utilities that leaves the 104 HP row free for the more creative and immediate Eurorack modules and functions. Read more about that here.

Laka is a Sequential Voltage Processor and Mixer which offers multifunctional flipping, offsetting, combining and re-routing of modular signals. At its heart, Laka is a bi-polar voltage generator with its own offset. Each of the four channels has its own output so that’s always available. Beneath those, you get a collection of combination outputs mixing some or all of the signals. Along the top, you have inputs that normalise from left to right which replaces the internal signal with the one coming in.

Feed in some clock and you can work the channels into a sequence which throws each output in turn to the Sequential output. It has reset logic, step control and a clock input that can handle audio rate.

Laka is very hands-on and capable of producing some pretty cool vibes. Check out the video below.

The bottom half is where you’ll find the VC envelope which is fired from the same trigger as the function generator. Adding in a trigger delay causes the functions to lose their internal sync. The S&H circuit is stabilised via the Time CV input. Simple complexity in a very neat-looking module.

DADA is a dual voltage-controlled amplifier and saturator with two identical sections. You can invert the inputs and have linear and exponential control for a bit of sidechaining. Symmetry keeps things interesting in the distortion department. 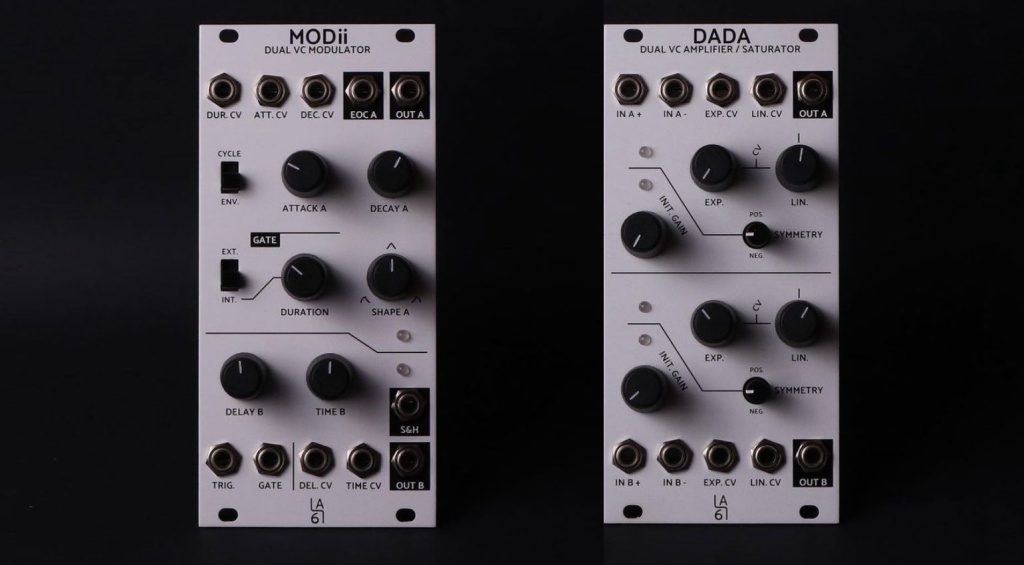 Can’t really let the Mavis go by without mentioning that you can totally drop it into a Eurorack case and enjoy the whole wavefolding synth voice as part of a larger system. As a whole voice it has quite a lot to offer a Eurorack system. Using the 24 patch points you can separate out the individual modules and use them however you like.

It’s interesting and perhaps a bit weird that Moog has chosen to put the patch bay on the left. All their other semi-modulars have their patch bays on the right. If you’re going to drop this into one of Moog’s 60HP cases and sit it on top of a Mother-32 or DFAM then you’re going to have some annoying cable routing to deal with. On the other hand if you were to sit it alongside a Mother-32 in a 104HP row then they would butt up to each nicely. Maybe that’s where the decision came from.

Here’s my favourite sound demo from the talented Rheyne.

Or for something a bit more straightforward: 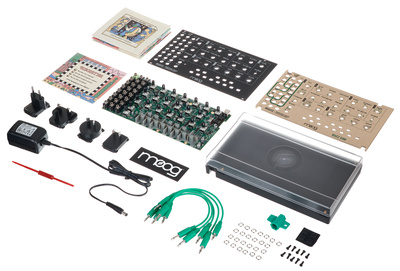 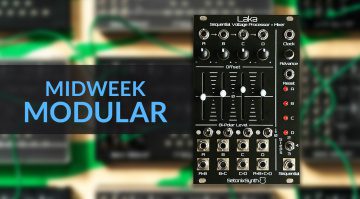 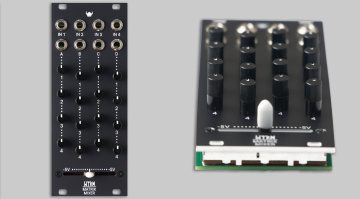 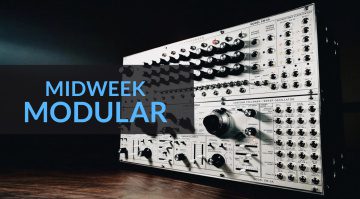 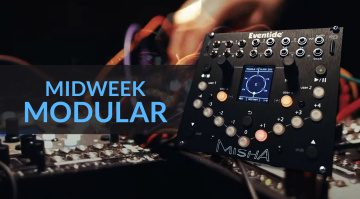 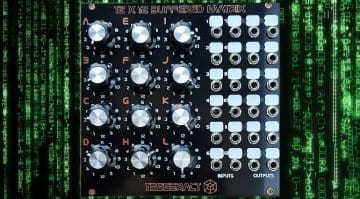