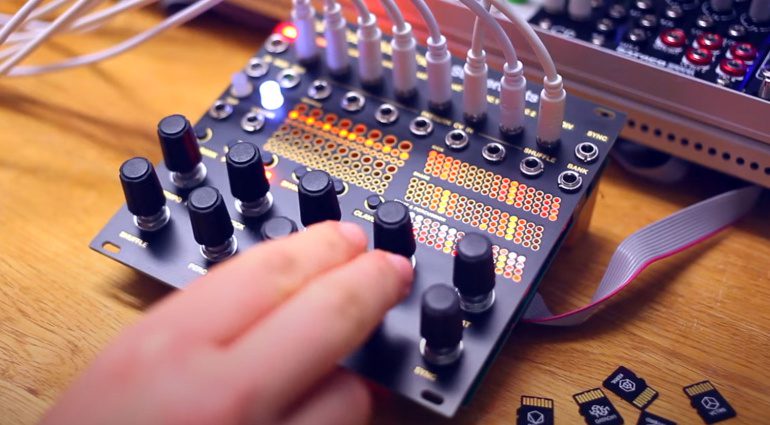 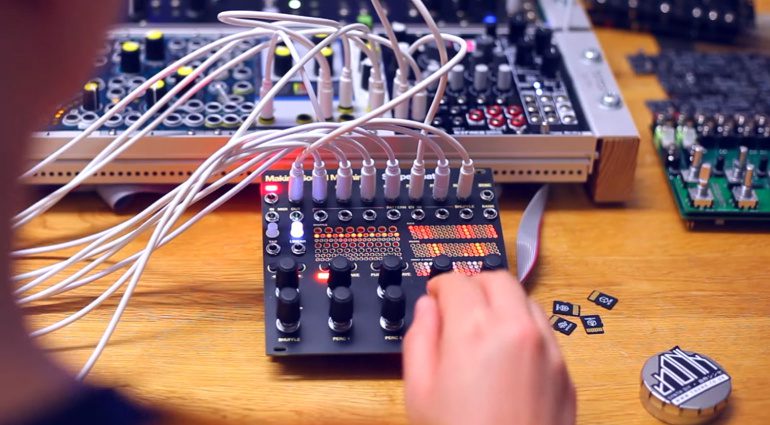 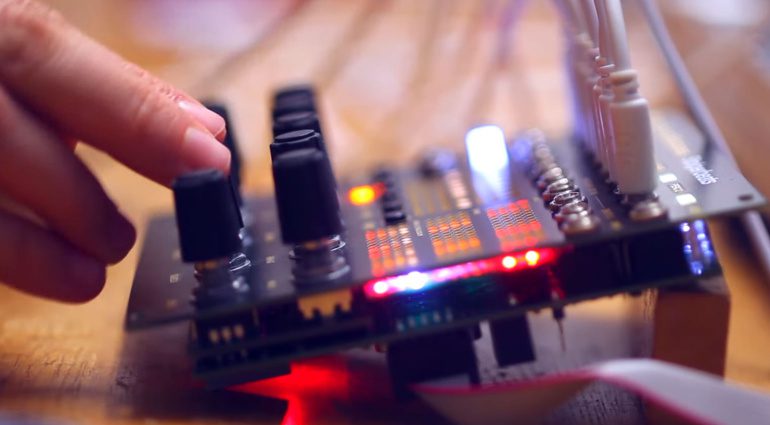 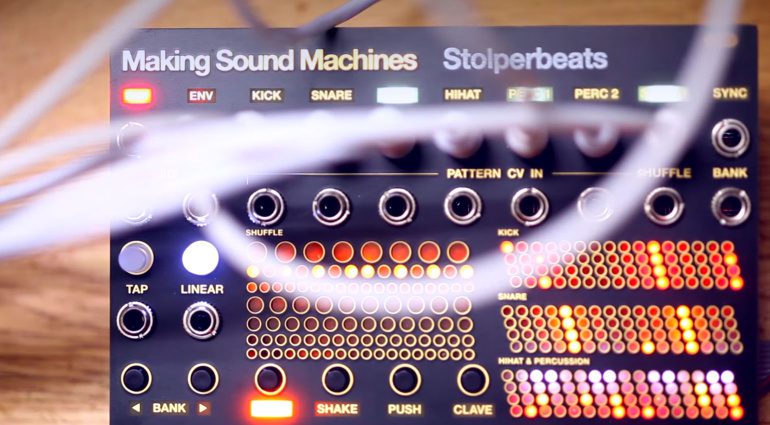 Stolperbeats roughly translates as “beats tripping over themselves” and is a shuffle-infused drum pattern generator that will be fully revealed at Superbooth.

We may have to wait until Superbooth in May before we get the full rundown on the nature of Stolperbeats but this preview was far too good not to share. Making Sound Machines says that it started life as a tiny little secret project that has now grown into a fully-fledged Eurorack module. Check this out.

Stolperbeats sounds fascinating. It’s designed primarily to pump out trigger patterns via CV or MIDI for kick, snare, hi-hats and two other sources of percussion. Although, of course, you can use the triggers for whatever you want. You also have control over shuffle depth, subdivisions, envelopes and sync. 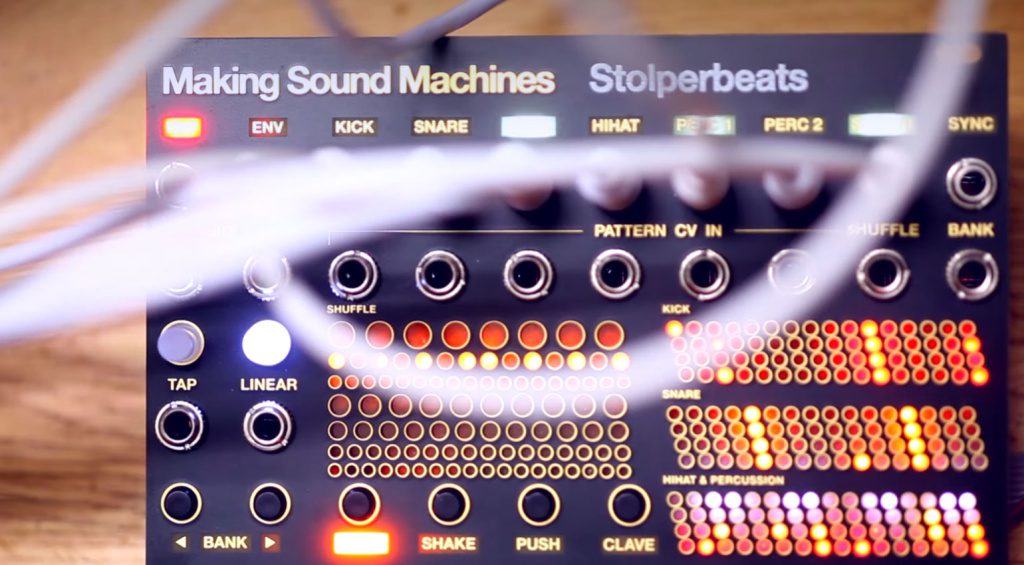 There’s an array of intriguing LEDs in interesting shapes that gives hints into how the system of pattern generation functions. As you can see, the Kick and Snare have their own 4×16 array whereas the rest share a common one. There are beats and sub-divisions aplenty, skipping between patterns, timings and concepts. I really like how interactive it is with those knobs being in constant use and eager for manipulation. This is one interesting little box.

Making Sound Machines says it was influenced by artists such as FlyingLotus, HiatusKaiyote and JDilla and that they’ve been fascinated with the idea of taking beats off-grid to give them more fluidity and life. Stolperbeats is all about the groove. 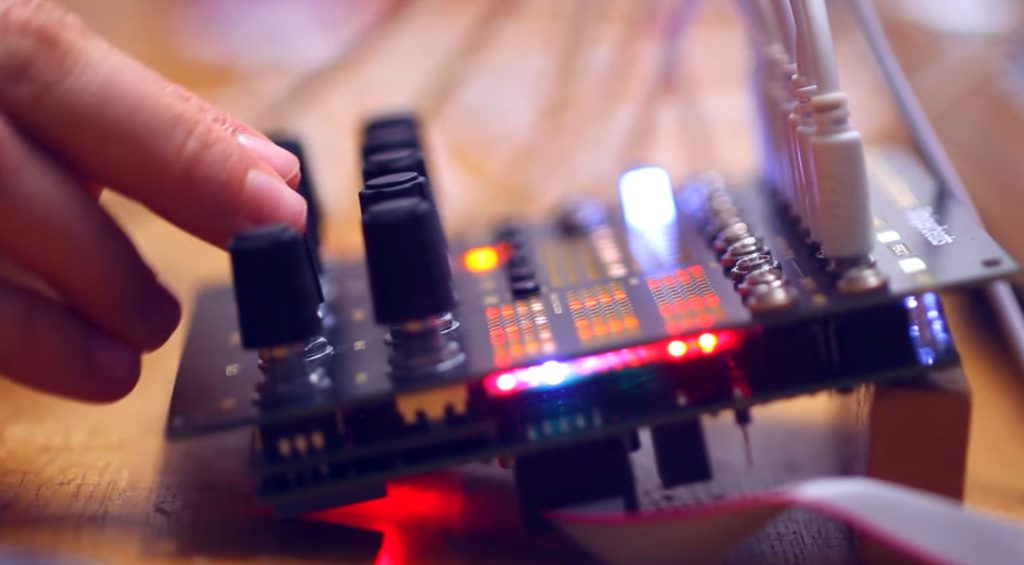 Stolperbeats is not available yet but will be available to play at Superbooth. Adding to the intrigue Making Sound Machines also mentioned a new module prototype called PercussiveMaintenance. Maybe we’ll get a better look at that too. 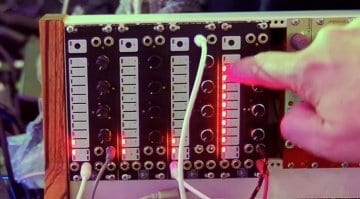 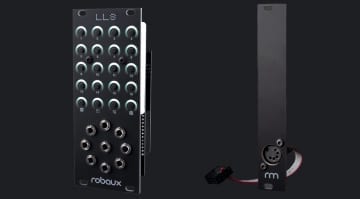 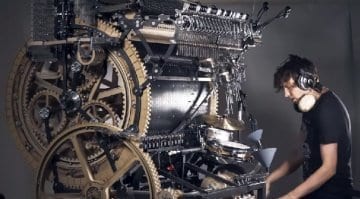