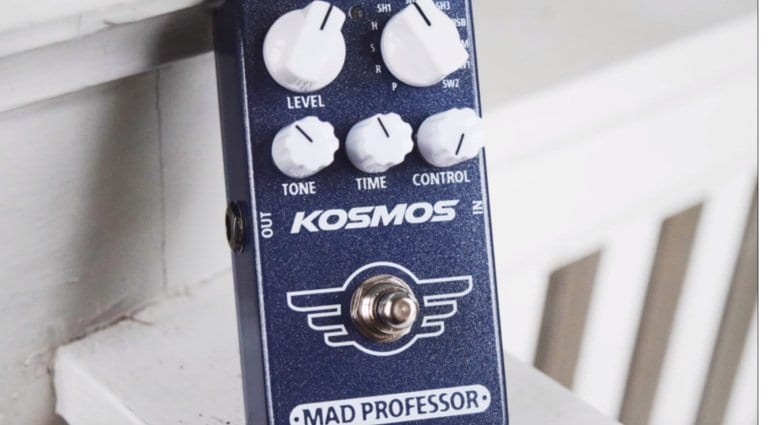 Finland’s Mad Professor has come up with the Kosmos reverb pedal which includes a total of 11 reverb types. The Professor has also thrown in a delay, too, so there’s a lot of effect goodness on offer.

The algorithms include the traditional Plate, Room, Spring and Hall reverbs, plus another three different reverbs with Shimmer and two combining Reverb and Delay. It also has two Swell settings available that are controllable via the footswitch. Not only can the pedal be turned off with the Soft Click footswitch, it also has a handy momentary effect, which means as long as it is pressed, you activate the freeze function on an effect.

Control wise you get  Level, Tone, Time and Control knobs for adjusting the parameters. That Control knob is assigned to a different function depending on the preset i.e Ducking Depth, Swell Speed, Ratio or Delay Level.

It is a true-bypass effect and has an analogue dry signal path, so it won’t mess with your guitar’s tone. You can run it from a standard 9v battery and get around 2-3 hours of effect time from the Kosmos, but I reckon you would be better off using a power supply as it would be more cost-effective and environmentally friendly way of using the unit.

This TARDIS blue-coloured pedal of time and space looks like a lot of fun and could be perfect for those of you in need of plenty of reverbs on your pedalboard, all packed into a small enclosure. 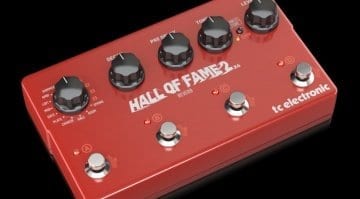