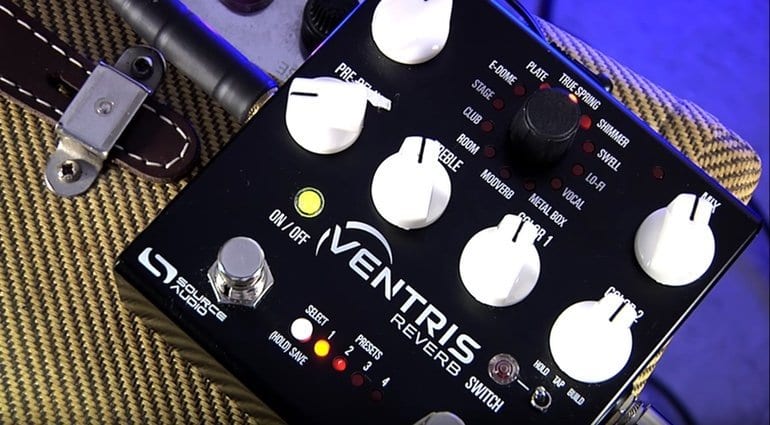 Source Audio has announced its new Ventris Reverb pedal, which looks similar to the company’s Nemesis Delay unit. The 24 reverb settings have a distinct emphasis on spring reverbs. The Neuro App connection makes this mire powerful than your bog standard reverb pedal, though.

At the heart of this pedal’s sound is the Ventris Reverb’s True Spring engine. The concept is that it can fool your ears into believing it is a real spring reverb unit. Unlike many of Source Audio’s pedal range, at least the Ventris Reverb comes in a regular pedal case, so it will sit nicely on your pedal board. It’s certainly a lot smaller than an actual spring reverb unit!

With twin DSP engines giving 24 distinct reverb settings in one unit, you get a lot for your money. These reverbs include, Plate, Shimmer, Pitch Shifting, Modulation and, of course, the Spring reverb. I would suggest you watch the video below for an idea of what the Ventris Reverb can achieve and make up your own mind as to whether it can replace a real sting reverb unit.

In this age of mobile phone Apps it will come as no surprice that Source Audio have included their Neuro Mobile App. It connects to the Ventris Reverb via a cable and is used to edit and share patches and settings on the pedal. The Neuro App has been around for a while and is a handy feature for those of you that like to dive in deep with your effect parameters.

The second video below gives a demonstration of the Neuro App in action, and it gives a good overview of the features. Of course, you can just use the built-in controls on the front of the Ventris Reverb, so if you are a luddite like me, you can still use it as normal.

Due out late this summer, this could be a useful tool for guitarists after a good quality, compact reverb unit. Me, I’ll stick to the built-in valve-driven spring reverb on my amp. But I know many don’t have this luxury and so this will certainly appeal to them. 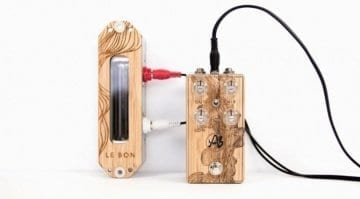