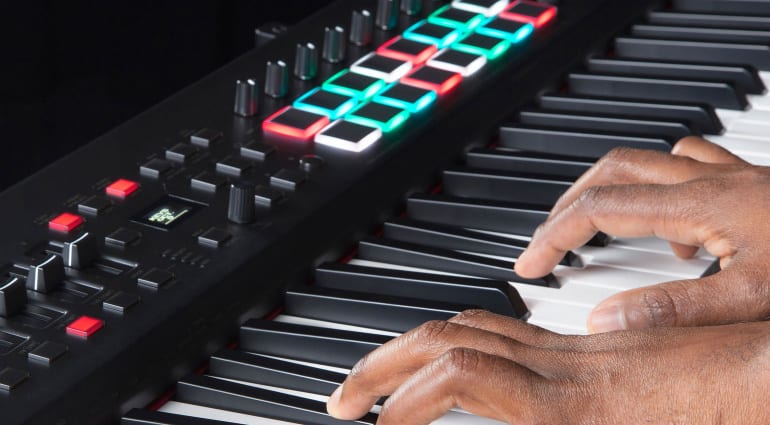 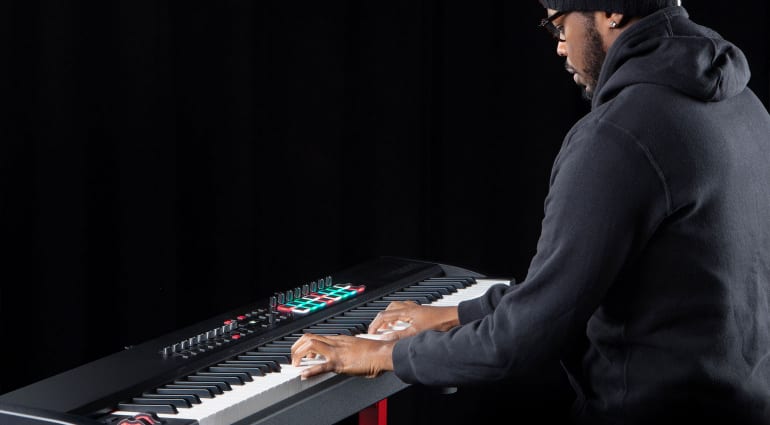 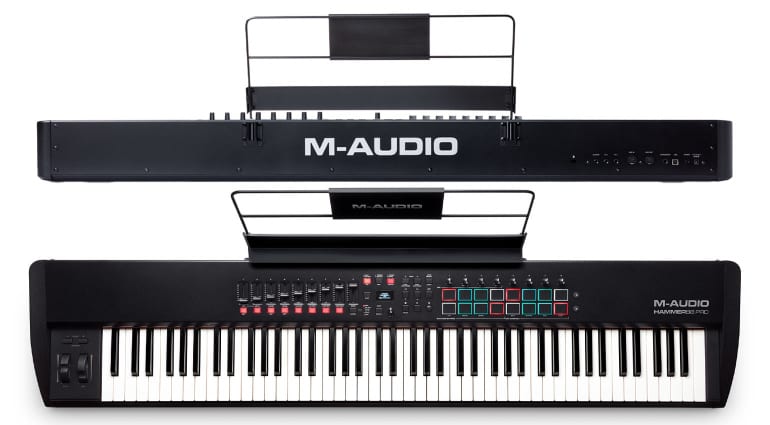 The Hammer 88 Pro brings properly graded hammer-action keys along with smart controls and auto-mapping in your favourite DAW.

It’s a full-sized controller keyboard with all 88 notes and weighted technology that mimics an acoustic piano. M-Audio says it’s “ultra-realistic with a natural response.” It also has aftertouch which is probably not what you’d expect from the feel of an acoustic piano but it’s a really nice thing to have.

Along with the keys M-Audio has packed it full of MIDI control. You get 16 RGB velocity-sensitive pads with Note Repeat, 9 assignable faders and 8 assignable knobs. The OLED screen takes care of housekeeping and on the back you’ll find MIDI In/Out and expression pedal inputs.

So far it’s looking like a decent MIDI controller but does it have any secret sauce that would help it stand out in a very big crowd? It has “Smart Technology”! This consists of Smart Chord and Smart Scale. Smart Chord lets you play chords on a single note and Smart Scale allows you to only sound the notes of a specified scale. These are good things but they are also found on every controller these days as is the arpeggiator. 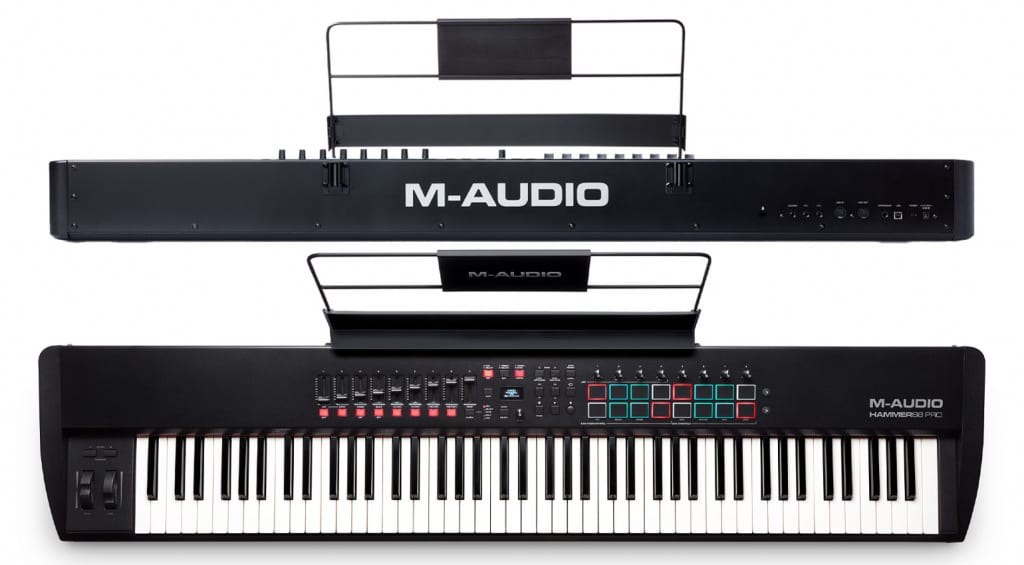 Maybe the Audio-Mapping will give it an edge? M-Audio says that the Hammer 88 Pro will automatically map itself to the controls of many popular DAWs such as Pro Tools, MPC Beats, Cubase, Logic, Studio One and FL Studio. It will also map itself to the bundle of synths included with the keyboard. These are very welcome features that can take some of the pain out of mapping controls which often results in them not being used at all.

M-Audio has put together a decent weighted MIDI controller. It has the piano feel that many people crave with the added bonus of aftertouch for added expression. It has the MIDI controls to help you get around your software with some useful help from the mapping. The Smart features are expected and it’s good to see them in the package. The software bundle includes three starter-DAWs, seven instruments and bunch of MPC expansion packs. Although this being the Hammer 88 “Pro” you’d expect most users would already be using their choice of software. 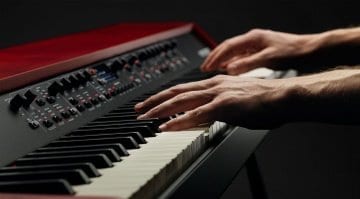 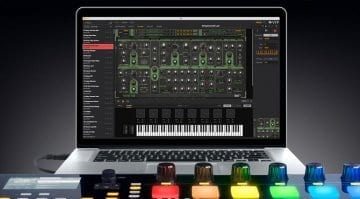 Akai VIP 3.0 gives control over your VST library from any controller