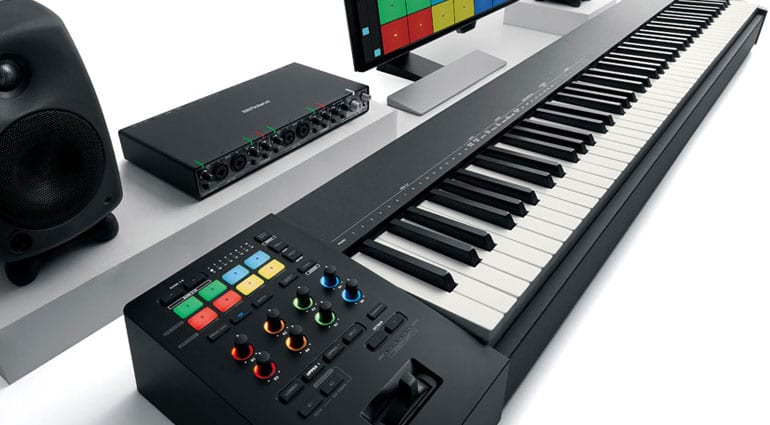 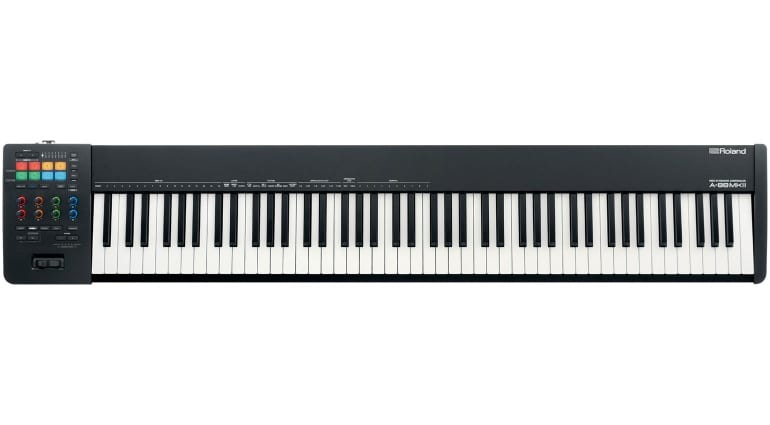 Roland has announced a new version of their slim but fully weighted A-88 MIDI controller keyboard. The A-88MKII comes with some useful expressive control but most remarkable is that it supports the forthcoming MIDI 2.0 standard and is the first controller I’ve heard of to do so.

So what does supporting MIDI 2.0 mean? That’s a really good question and not one that’s easy to grasp at this stage where everything about it is largely to do with what it’s capable of rather than how it actually works in a physical piece of hardware. But I imagine the NAMM show in just over a week is going to full of MIDI 2.0 devices and so the actual working of it should become clearer.

MIDI 2.0 brings in the concept of bidirectional communication. It means that MIDI 2.0 capable devices can exchange information about their capabilities. This is known as MIDI Capability Inquiry (MIDI-CI) and enables three key things called Profile Configuration, Property Exchange and Protocol Negotiation. It also tends to include MPE capability with polyphonic expression.

So how is this implemented in the A-88MKII? Don’t really know. The keyboard is a regular piano PHA-4 weighted keyboard without any additional pressure or timbre controls you would associate with MPE. In terms of MIDI-CI what we can assume is that the A-88MKII declares its capabilities and can negotiate intelligent and automatic mapping to another MIDI 2.0 compatible device. Or, at worst, simply work like any other regular MIDI 1.0 device.

MIDI 2.0 aside the A-88MKII is an 88 keyed, hammer action MIDI controller that’s blissfully restrained and wonderfully shallow in depth. It has no sounds of its own, it’s purely a MIDI controller that focuses on the quality and playability of the keyboard. But it also has some neat expressive and performance features. 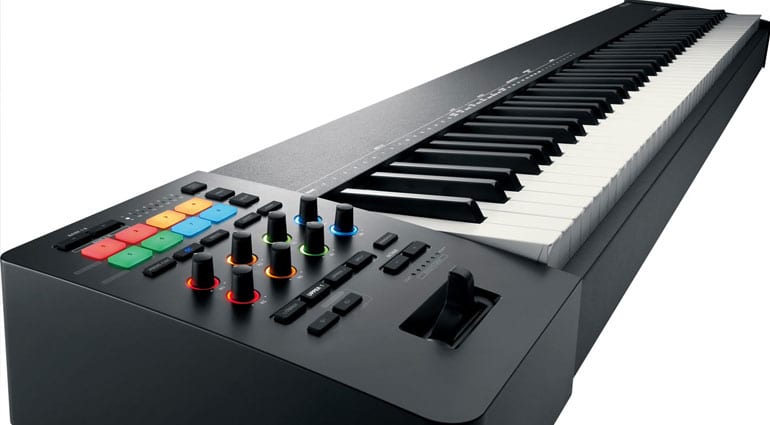 The keyboard can be split or layered into 3 zones for addressing separate sounds, instruments or devices. There are 8 colour-ringed knobs for mapping to MIDI controls. There are also 8 coloured pads for triggering commands, events, notes or memorising chords and an advanced arpeggiator. Along with a sustain pedal and two more assignable pedal inputs you can have controls for your feet as well as your fingers.

All your configurations can be saved to the keyboard or there’s a rather nice control app for MacOS and Windows that lets you take snapshots to instantly recall all the settings. It can also be bus-powered over USB-C.

The A-88MKII is smart, good looking and manages the feat of integrating a full-sized piano keyboard into a reasonably small space. It should be out in March for $999.