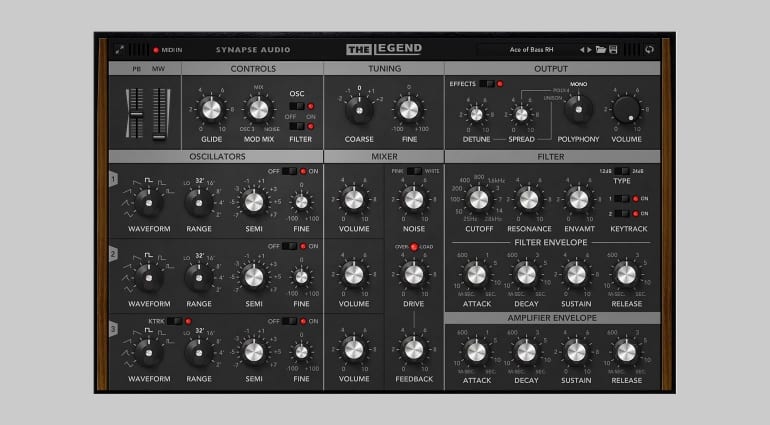 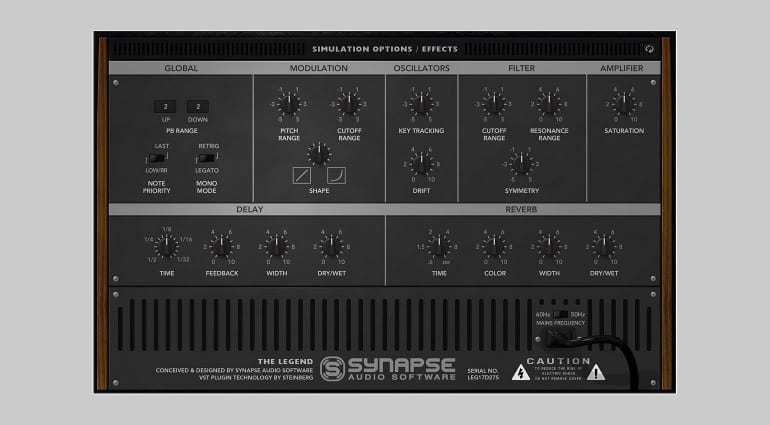 The Synapse website suggests we should “Feel the magic of analog sound”. They propose that the aforementioned magic is contained in “The Legend”, their new humbly named analogue modelling virtual synthesizer.

What is it with software instrument developers reluctance to name the instrument they are emulating? They say “The Legend faithfully recreates the most famous vintage synthesizer of all times”, but then fail to mention what that actually is. Scanning around other news sites and outlets they all simply copy and paste those same words. Maybe we’re all just supposed to know. Maybe Moog have such fierce lawyers and a reputation for aggressive copyright litigation that no one dares mention them by name.

Anyway, The Legend is an analogue modelled Moog Minimoog Model D – there, I said it.

There are more software versions of Mini Moogs out there than you could poke a Theremin antenna at. However, The Legend is (naturally) the most extraordinary version ever attempted. You would never have heard the like.

The Legend has been developed in cooperation with Big Tone Studios in Stuttgart. Brok Landers from Big Tone brought the Minimoog in and spent the time with Richard Hoffman of Synapse to develop the perfect emulation. Every component, every circuit, each VCO, VCF and VCA were modelled to a level of accuracy never before seen in this dimension. I’m not sure how you measure those sorts of things but lets just say they worked really really hard on it. They worked in elements of temperature drift and power supply oddities. Their goal was to replicate the Minimoog they had in front of them and if you listen to the comparison video below it does sound like they nailed it.

No software developer can ever resist “improving” on something as legendary as a Minimoog. So they’ve added Unison and Polyphonic modes. They say that with the magic use of something they are calling a “vectorized core” The Legend can produce 4 voices for the CPU load of little more than a single voice. That’s a cool trick. They’ve also added a delay line and reverb unit – which is something you’re always going to want in my view.

The extra controls can be found on the rear of the plug-in. You can switch between two revisions, “Early” and “Late” and fine-tune the analogue simulation and hardware tolerances. They really have thought of everything.

Brok Landers posted some comments on the KVR Audio forum going into the detail behind the making of The Legend. It makes for interesting reading that could really do with being part of the marketing, rather than this coy not-telling-you-what-this-synth-is nonsense. Here’s his summary:

so, to sum it up, if you are after the minimoog-sound/behave for your daw, legend is the closest to get there. while i know all minimoog emulations there are, and some of them are great synths in their own right, they fail when it comes to some of the above stated aspects, which make a great part of the minimoog sound (even monark fails f.e. deeply in the noise fm modulation). and on top of it legend offers quite some tweaking possibilities, that an original minimoog only gives you, if you open it and tweak the screwpots. and it’s polyphonic – so _that_ is unique, as there obviously never was a polyphonic minimoog.

For the full text of his post go here.

For more information head over to the product page on the Synapse Audio Software website where you can also download a demo. 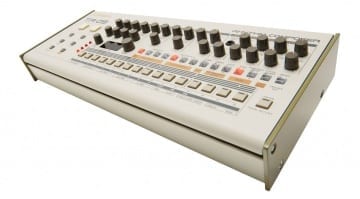