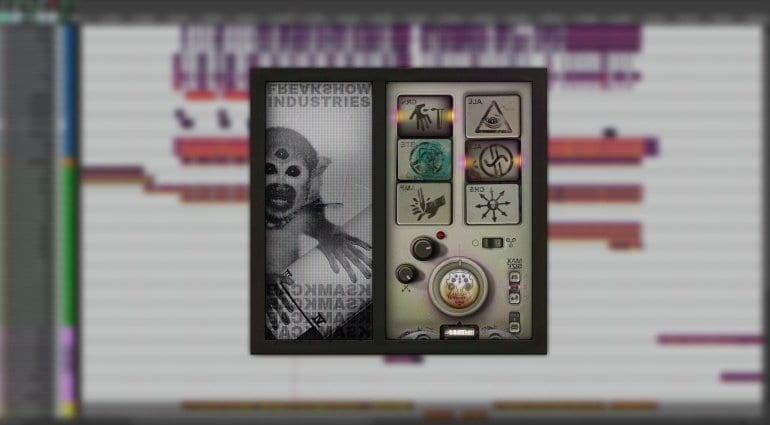 Steal this plug-in on behalf of the government!  ·  Source: freakshowindustries.com

You certainly don’t see plug-ins like this one being released every day! Amidst the glut of vintage gear simulations and virtual tape machines *sizzle-sizzle*, something paranormal rears its second head, opens its third eye, and screams in sheer terror. It’s Freakshow Industries’ Backmask reverser, a scary-sounding thing with an interface as rich in graphics as a tattoo parlour’s showroom, and a full license you can legally ‘steal’.

That’s right. If you don’t want to pay $20 for whatever reason, you can tell the developers you’re going to steal their plug-in, and they’ll give you a fully functioning license, which doesn’t entitle you towards upgrades or full customer support. Freakshow would rather have it that way than know you are using a poorly cracked version of its plug-in, ripped out of a torrent tracker in Micronesia.

Backmask’s interface is purposefully cryptic so that the learning curve is practically eliminated. Throw your audio into it, press the buttons decorated with ancient alien scribbles, twist the knobs, and see what happens. It’s like a toy momma would give you a hard time for playing with.

And by all means, check out Freakshow’s website, unless you are at work. The colourful language and fragmented artwork represent the complete anti-thesis to most plug-in makers’ fluffy websites, filled with photos of bespectacled producers in plaid shirts, looking sternly while hunched over MacBooks. Freakshow is the work of three industry veterans that seem to know better than any corporation’s marketing department when it comes to how plug-ins are made, sold, used, and presented. We love the attitude and we think Backmask sounds bomb!

Go steal it, or better yet, test the 14-day trial and drop 20 USD on the plug-in. Backmask is 64-bit only and available in AAX, VST, VST3, and AU formats for Windows and macOS.