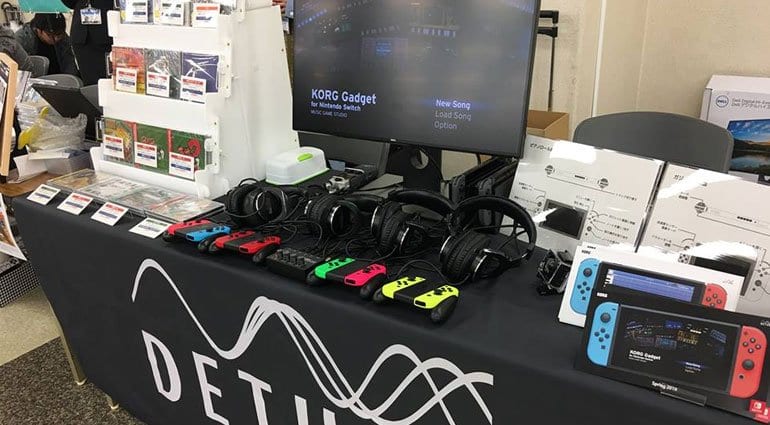 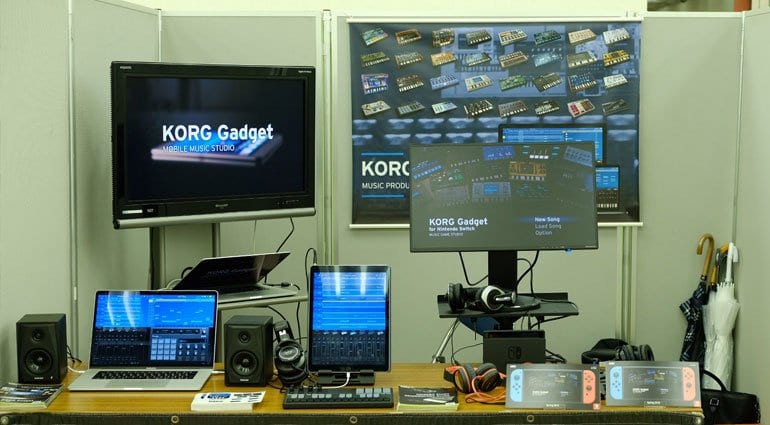 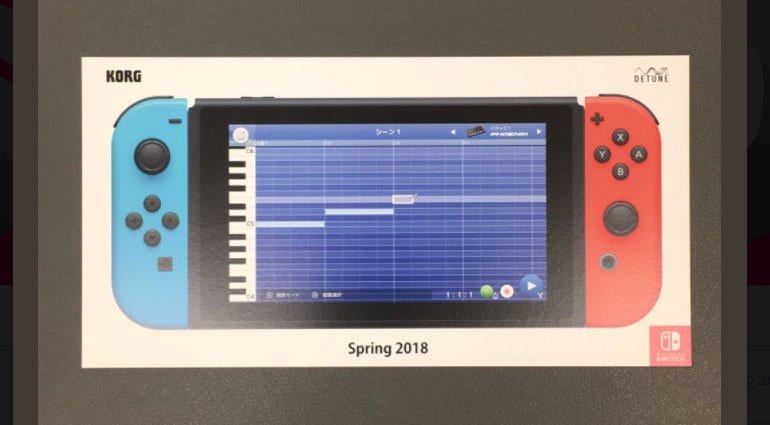 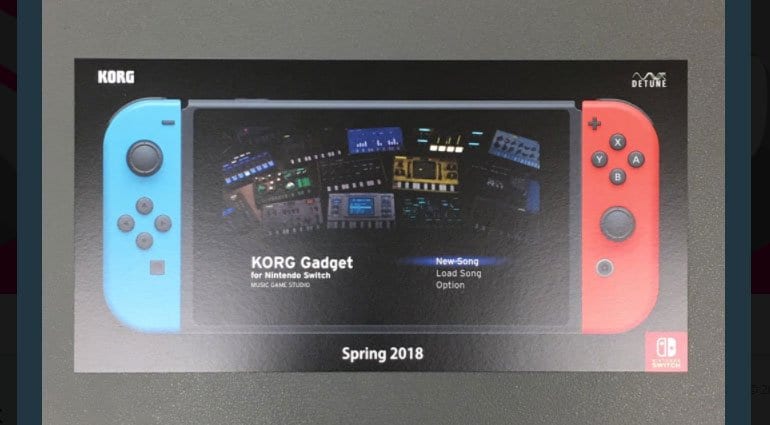 Who knew that Korg had released virtual synthesizers for the Nintendo 3DS? Apparently, the Korg M01D and DSN-12 are very good and very popular on the little handheld, stylus supporting gaming platform. Well, according to a display at the M3 event in Japan Korg are bringing their Gadget iOS app to the Nintendo Switch.

The stand is hosted by Detune who are the game engine developers behind the 3DS Korg synthesizers and seem to be behind this foray into console music making. It was Detune’s Nobuyoshi Sano who first posted the images on his Facebook page. It’s an interesting platform for Gadget. With the advantage of the combination of screens and the ability to shift from static play to mobile music making. Gadget already has a perfectly simplified interface with iOS and that would be at home on the Switch’s touchscreen tablet. However, it’s not much of a stretch to translate that to a thumby console controller based system.

What we can gather is that the release is scheduled for Spring 2018. It will allow four players (or should we call them “music producers”) to collaborate at the same time.

Gadget currently features 30 different synthesizers and drum machines and has a built-in step sequencer. If I get a Nintendo Switch for Christmas then I’ll look forward to trying it out. 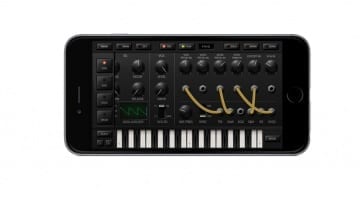 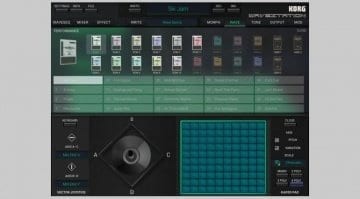