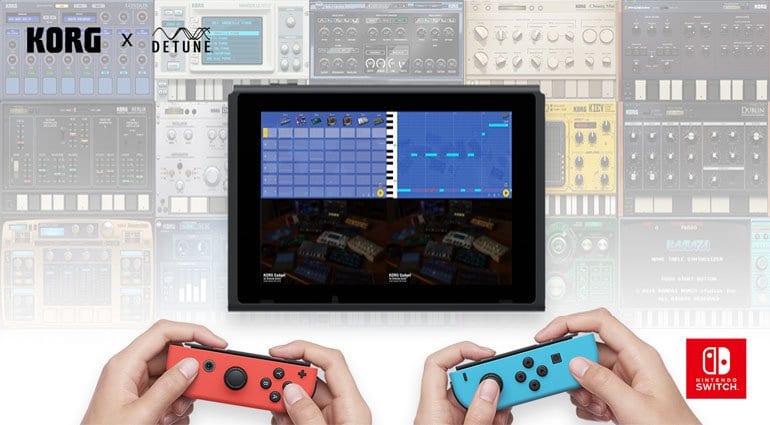 New version 1.2 of Korg Gadget on the Nintendo Switch includes up to 4 players multiplayer composition mode and a cool new song transfer feature.

They call it “Co-composing” or “competitive multiplaying”. The co-composing bit I get, but competitive drum machine programming? What’s that about? Anyway, with the 1.2 update you and a friend can use a single pair of Joy-Cons to start playing with Gadget together. If someone brings along another Joy-Con and another friend then you’ve got a party! All four of you can co-compose some serious beats and basslines. Maybe you can compete to see who makes the best beat the fastest? Or who can write the fruitiest track? No, I don’t know how you make it competitive.

Most musical collaborations are full of angst and fallouts over key changes and drunken drummers whereas this sounds like a lot of fun. I’m assuming drugs and alcohol are optional extras.

The other new feature is the ability to transfer song data via QR Code. The Switch generates a QR code which you can scan with your iOS device using the Kamata Gadget, which is an in-app purchase in Gadget for iOS. That pulls across all the song and sequence data. Unfortunately, you can’t go the other way. 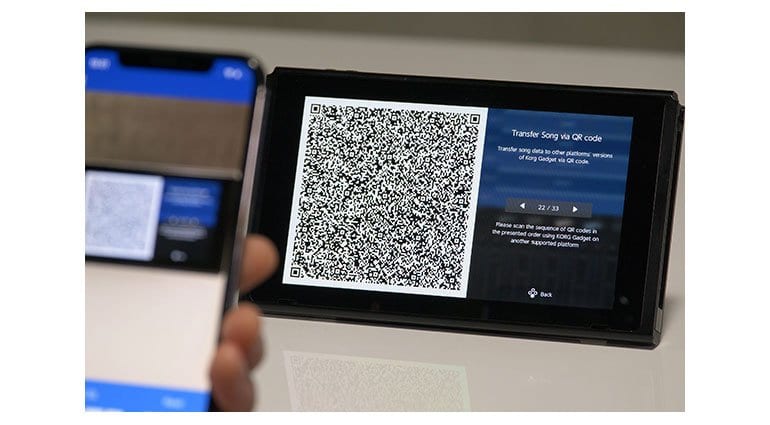 To celebrate this update Korg is offering Gadget for iOS at 50% off including any in-app purchases such as Kamata. This does not apply to Gadget for Switch. 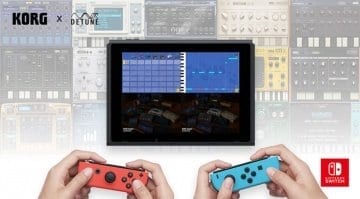 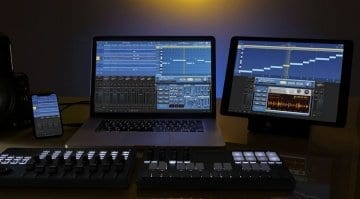