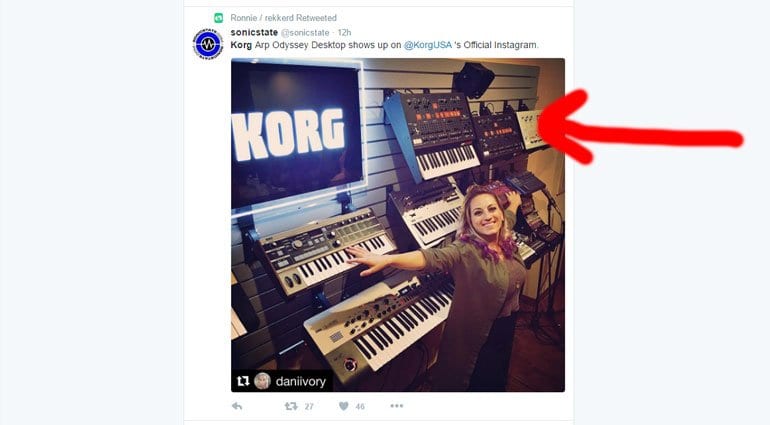 It seems that someone at Korg accidentally posted a photo to their official instagram account with what most certainly appears to be a desktop version of the Arp Odyssey. The photo has since been removed but not before a couple of people had tweeted it about.

The Arp Odyssey keyboard is the one major disappointment in this otherwise awesome reissue. Those darn slimline keys are not to everyone’s liking. So maybe a tabletop version is exactly what we’re after. There also appears to be a Rev 1 version sitting alongside as well. 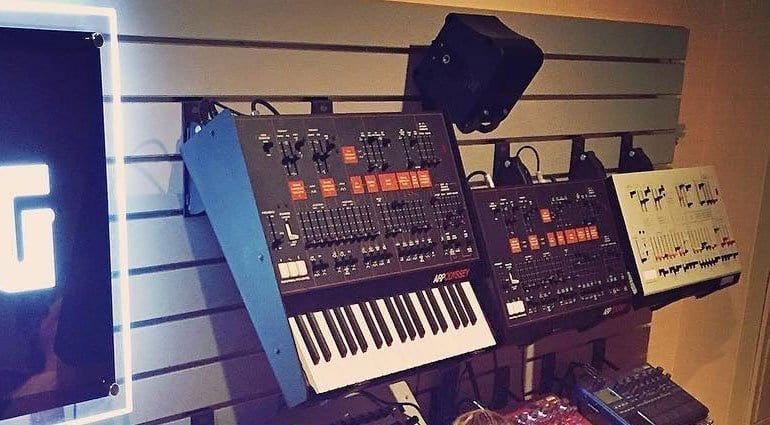 The fact that Korg quickly deleted the image is some indication that the leak was not intentional. And it probably means that more information will be tripping along sooner rather than later. So keep an eye on us as we monitor the interwebs for more information.

I wish they would just make one with a normal keyboard