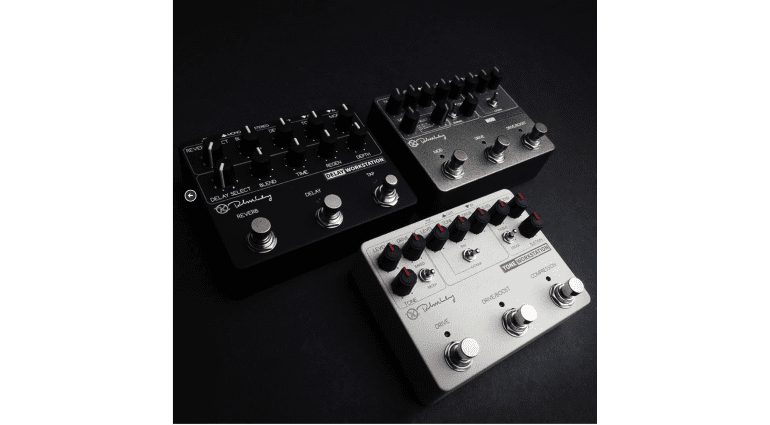 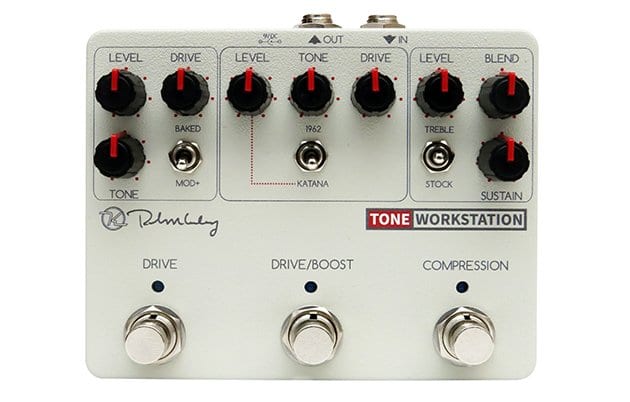 Keeley Electronics have just announced the new 2016 Tone Workstation. The Tone Workstation is based on Keeley’s Compressor, their Katana Boost, the 1962 and Red Dirt overdrive boxes. This should make for a pretty versatile compact gigging effect unit.

The Tone Workstation is the first of four new Workstation releases for the 2016 Winter NAMM show. Chief Engineer Robert Keeley stated, “The design combines many of our most popular tube amplifier tones giving players a huge range of gain stages in a single box format”.

The ever-popular Keeley Compressor has a lot of fans already and so this is the first pedal in the ‘chain’ as it were. I’ve used these pedals myself a lot over the years and they do a really nice job, with great clean sustain and add no unwanted colouration, which is great.

It then feeds into the ‘Drive/Boost’ section which is based on the Katana Boost and 1962 pedals, either can be switched in via a mini toggle switch. This is your clean boost/mild overdrive section. The drive has a British amp tone to it.

Finally, these all feed into the Red Dirt overdrive pedal. These are a JFET-based and are going to give you a higher gain than the 1962 and should have a very smooth saturated mid-focused tone.

I look forward to trying one out when they come out as it should be a good quality gig-worthy set of effects. I’ve owned lots of Keeley pedals in my lifetime and they are always really well made, with no unwanted colouration to your guitar’s tone. I also find their pedals to have a good low noise floor, even with gain pedals. So, I’m hoping this new unit follows in the footsteps of Keeley’s other pedals.