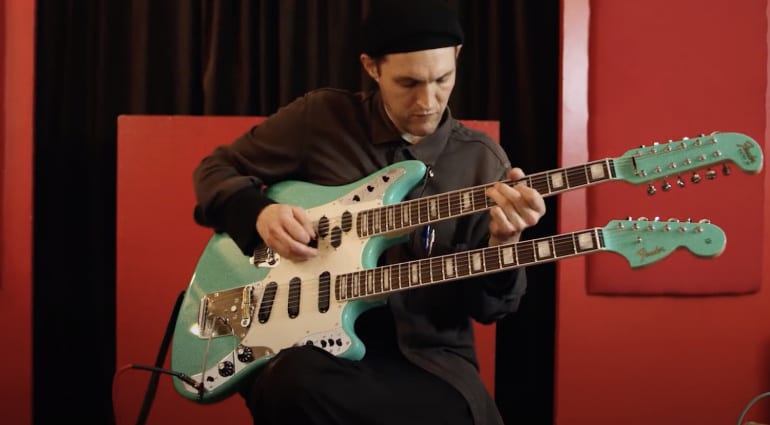 A new Fender Custom Shop Double Neck Marauder made by Masterbuilder Carlos Lopez and featuring input from artist Paul Frank was announced last week. Fender released an accompanying in-depth video of how this unusual guitar came into being, with a demo from ex-Red Hot Chill Peppers guitarist Josh Klinghoffer.

As part of Fender’s Custom Shop Prestige Collection 2021 this one-off double neck model combines two of Carlos Lopez’s favourite guitars, the Electric XII and the Marauder. He also got designer and artist Paul Frank involved with its creation. Together, they added lots of subtle details and nods towards certain aspects of Fender’s history.

“I was open to try new things and not be afraid to push the limits. Nothing’s too crazy.” – Paul Frank

“I have my way of how I start, and I had the two-dimensional representation of the skeleton of it, which I sent to Paul, He then sent it back to me with different colours and ideas. He brought it more to life.” – Carlos Lopez

The guitar’s colour is a reference to Nigel Tufnel of Spinal Tap fame, who had an unplayed Seafoam Green Fender Bass VI in his famous guitar room scene, still with the “ol’ tagger on it”. For the headstock Lopez chose the big-peg design as he associates it with the Marauder, although at one point Frank had suggested the Starcaster headstock shape. 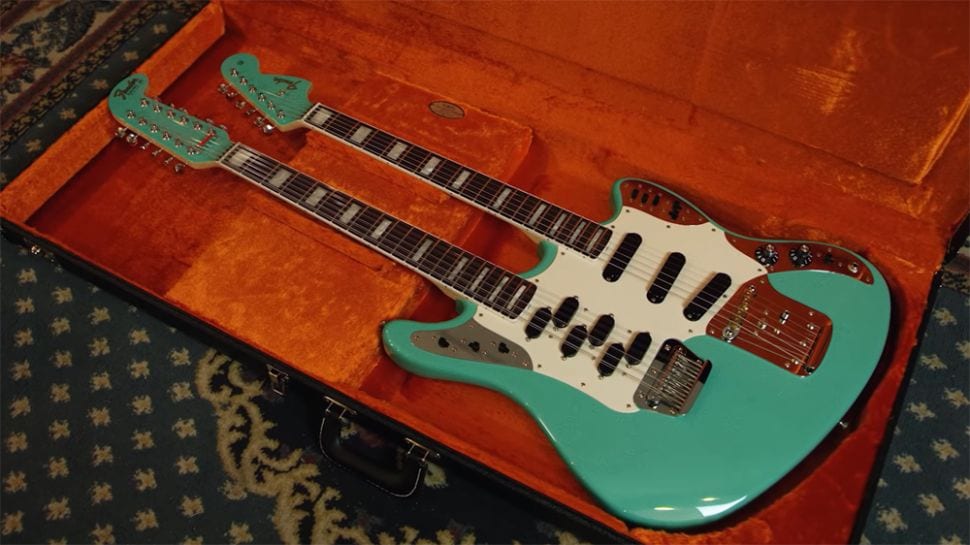 The guitar uses a lightweight two-piece ash body and the two necks are quarter-sawn maple with nice dark rosewood fingerboards. Both necks are bound and have block inlays. It has custom wound Curtis Novak pickups, each with its own series on/off switch. The control circuit includes a master kill switch, plus 500k and 250k stacked pots, which means each half has its own tone controls. 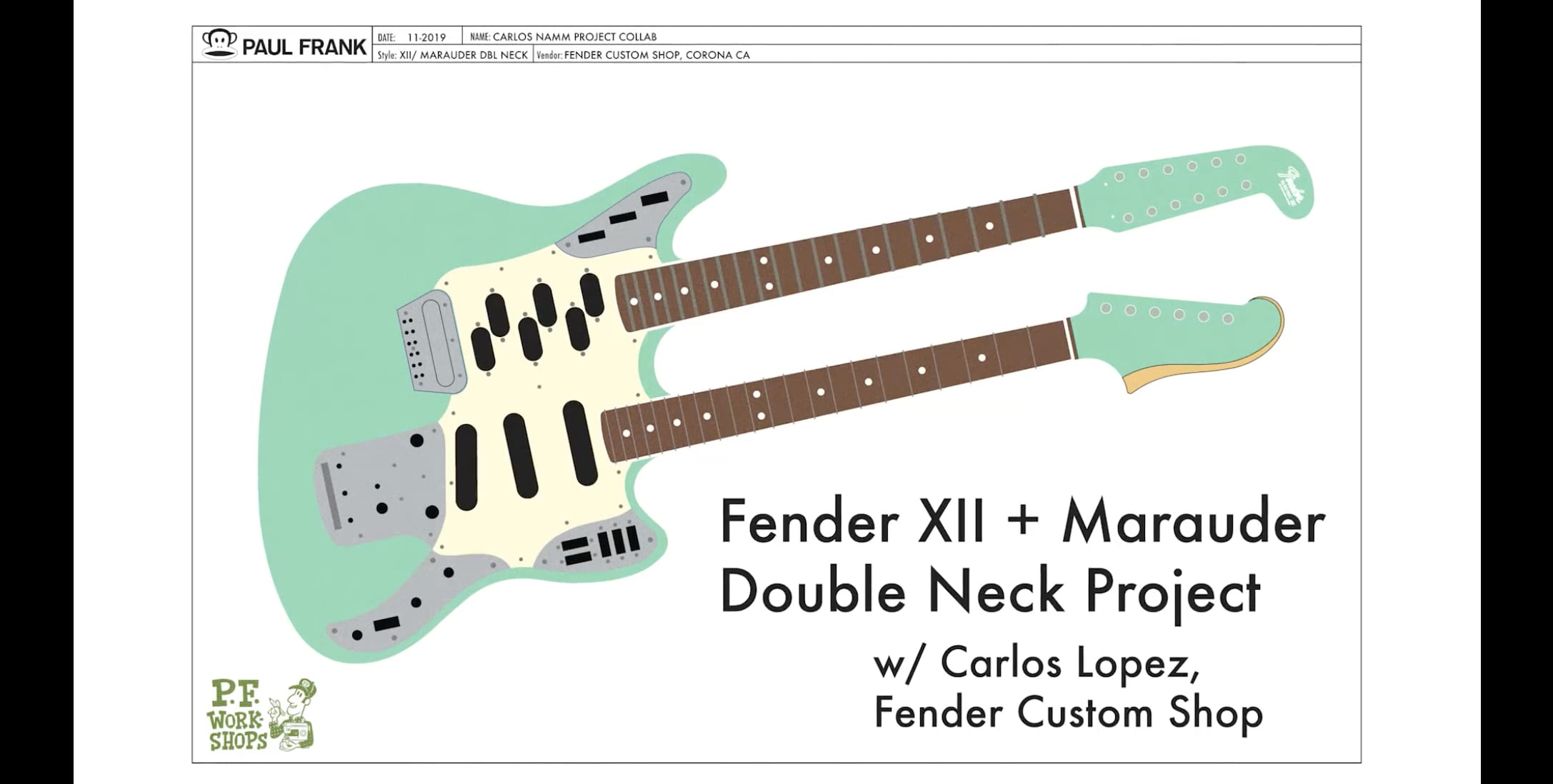 The keen eyed of you will also spot a Jazzmaster with an Allparts stamp in the neck pocket, which I thought was a bit strange in a Fender Custom Shop video. But it is a different guitar and not the one we are talking about here, so I’ll let them off.

Red Hot or Not?

In the official video below you can see that Josh Klinghoffer is really into playing this guitar. He has lots of positive things to say about the instrument, even stating he would happily use it live. I’ve also added a clip from the Spinal Tap movie of Nigel’s guitar room where you can see his Seafoam Green Fender. Let us know what you think of this double neck instrument in the comments section below. 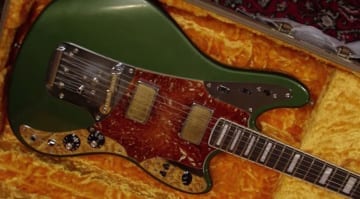 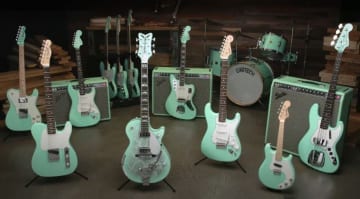 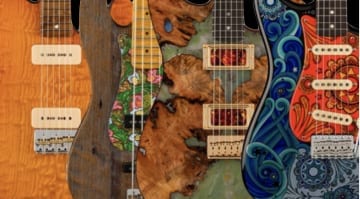