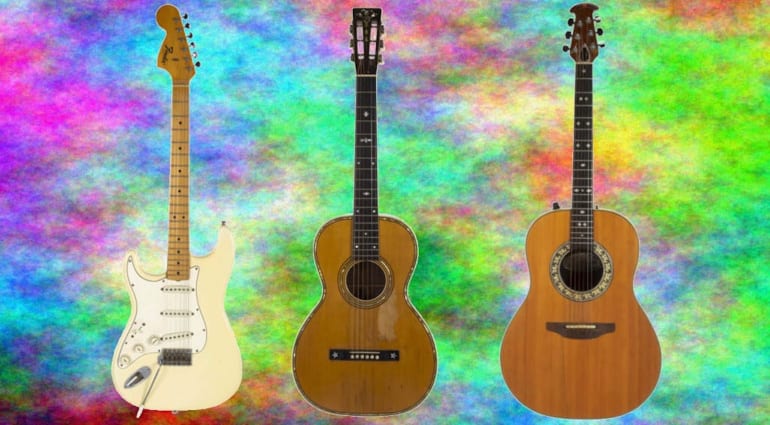 Jimi Hendrix and Bob Marley may no longer be with us, but their musical legacies left the world a better place. And now you have a chance to own one of their guitars! Julien’s will soon be auctioning, among others, Jimi’s first Lefty Stratocaster and an acoustic that Bob played one of his amazing songs on. You know they won’t be cheap, but wow, are they cool.

This white left-handed Stratocaster belonging to Jimi Hendrix is a bit different from what he is known for, which is a right-handed guitar upside down, even though he was a left-handed player. So this guitar is certainly an unusual one

This Fender Stratocaster is from 1969 and in a factory original Olympic White. It’s equipped with original late 1960s specs as you would expect. As a south paw it’s pretty rare anyway, factor in the Hendrix connection and it becomes super desirable. It has the obligatory maple neck without a skunk stripe of the era, and a reversed headstock.

The guitar comes with a certificate of authenticity from the notary and a photo, and is expected to hit anywhere between $300,000 – $500,000 at auction. So if you are interested, ask your bank about your credit line. Alternatively, you could just buy a modern day version of the model which is also available as a Reissue Signature* for a fraction of the price, and spend the money you save on something sensible… like a house!

I have a feeling it will go for a lot more than the estimate. Sure, it isn’t his classic Woodstock guitar, but at least it is the same colour. And considering Hendrix’s god-like status among fans of music and guitar alike, it’s likely to fetch far more than expected! 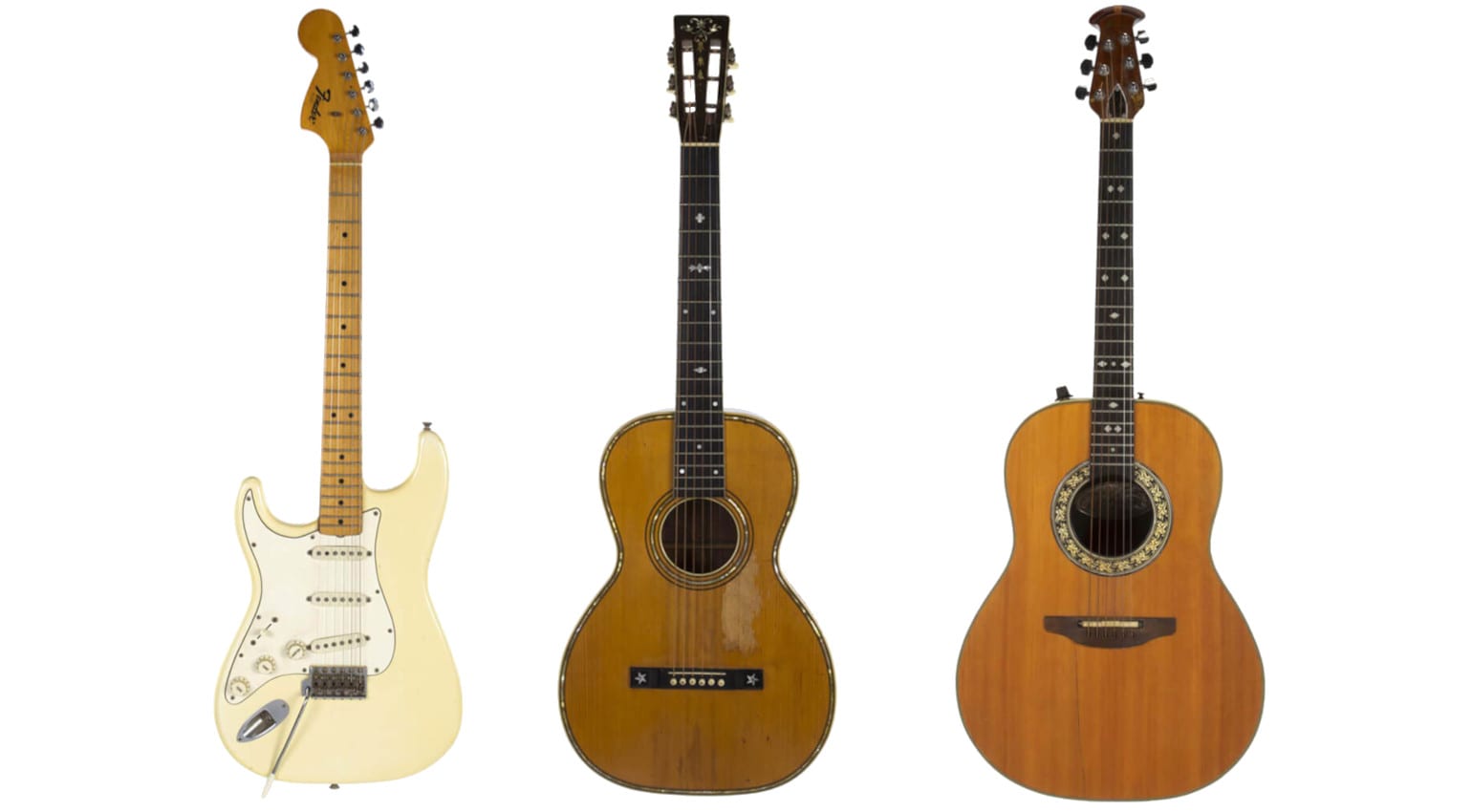 There is also an acoustic guitar belonging to Jimi which was made by William C Stahl in the 1960s. It has a Spruce top, Brazilian rosewood back and sides, a mahogany neck and an ebony fingerboard. The instrument comes with a letter of authenticity from Noel Redding, who saw Jimi with the guitar when they were in the cinema with Eric Clapton. It isn’t quite as desirable as the Stratocaster, but he could have written The Wind Cries Mary or Little Wing on it, or some other amazing Hendrix tune, which is still freakin’ cool!

This next guitar is also pretty sweet. A Bob Marley owned and played Ovation 1612-4 Custom Balladeer with pickup is also up for grabs in the auction.

Bob had given the guitar to a friend of his car mechanic. It sports a broken headstock caused by a fight between Bob Marley and his girlfriend – she allegedly beat him up with it!  And if you’ve got 80,000 – 100,000 USD lying around, this bit of guitar history could be yours to have. A current Ovation Balladeer* model will set you back a lot less and, as it won’t have been used as a weapon, will be shiny and new.

The guitars will be auctioned at Julien’s Auctions on December 1st and 2nd. If you join in and buy one, do feel free to write us. We will invite you over for a jam and maybe a spot of tea with some biscuits (or some doughnuts with ‘jam’in’… sorry bad Bob joke). We could string that old left handed Stratocaster upside down and pretend to be guitar gods!

* This article contains affiliate links that help us fund our site. Don’t worry: the price you pay always stays the same! If you buy something through these links, we will receive a small commission. Thank you for your support!

One response to “Jimi Hendrix and Bob Marley guitars up for auction, including a left-handed ’69 Fender Strat”