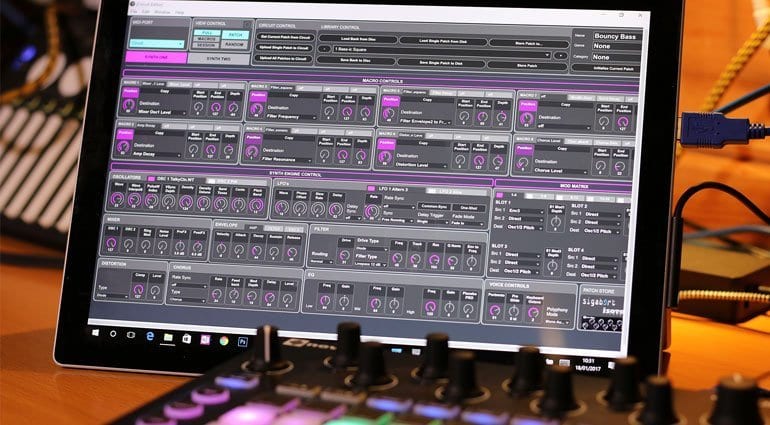 Novation Circuit is a decent, good sized, well-equipped groove box. It seemed to harbour more potential than you could easily reach via the front panel controls. There’s a pair of Novation synths in there somewhere! Over the past year Novation, in consultation with the lively Facebook Circuit Owners Group, has opened it up.

Over the past year Novation, in consultation with the lively Facebook Circuit Owners Group, has opened it up with all sorts of toolbox goodies. One of those was a software editor for the synths created by Isotonik. It was instantly appreciated by the community of Circuit users. Since the release Isotonik have been working on incorporating all the great ideas and feature requests from the community. So, now we have the Circuit Editor Pro.

The first editor was a revelation. Suddenly the sonic potential of the two internal synths began to be revealed and the Circuit, certainly in my experience, found a whole new life. However, there was plenty of room for improvements. The new Pro version had to rebuilt from the ground up in order to increase the response times and offer real-time automation in Ableton Live. This enabled Isotonik to go much further and pull out all the controls for each synth independently.

One of my criticisms of the interface was that it was all a bit small. It’s a Max For Live thing where everything, for some unknown reason, has to be tiny. The Pro version now offers up to 200% zoom – thanks! One immensely time-saving function is that along with pulling a current patch from the Circuit into the editor, you can now pull all the patches, all at once and browse through them with ease.

You can now copy and paste macros meaning that you can essentially move the controls around wherever you want them to be. You can also paste macros to all the patches. If you imagine that you are working on a set of patches that are variations on a theme. Rather than have to edit the macros on each one you can sort do it globally. Or it could be all about consistency. Actually, I understand this pretty well because sometimes you change patches and all the knobs do entirely different things to the last one. A bit of consistency is no bad thing.  It’s also a doddle to reset macros and start again.

Menu systems within the editor have been improved. You can now bring up a list of options, like waveform or oscillator type, rather than scrolling through them. In the Mod Matrix the tabs now show where mappings exist – so you know where to find them.

Session control has been extended to incorporate drums, effects, mixer, filter and sidechains for both synths. There’s now a patch store built in – which is nice if you are in need of some inspiring sounds.

The biggest new feature is the Random page. It will take all the parameters on display and randomise the settings. This can create all sorts of levels of chaos so they’ve put in a whole bunch of options in an effort to keeps things under a bit more control. Simply turn on or off the areas that you want to mess with. You can also hover your mouse over areas and with a modifier key you can randomise just that section. You can set range, affinity and centre point of the randomisation to make it as wide or narrow as you like.

The Isotonik Circuit Editor Pro is a must for any Circuit owner. It is possible to get bored with the machine and it can easily find itself in the fun but not-quite-pro pile. This editor, along with the other recent updates to the Circuit firmware, has completely revitalised it and now it can be rightfully sitting in the middle of your studio. The damage? Well, this is going to set you back a whole ten pounds.

The download also includes Max For Live files but otherwise it runs standalone for Windows and Mac. For more information visit the Isotonik Studios website. 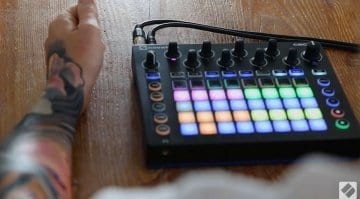