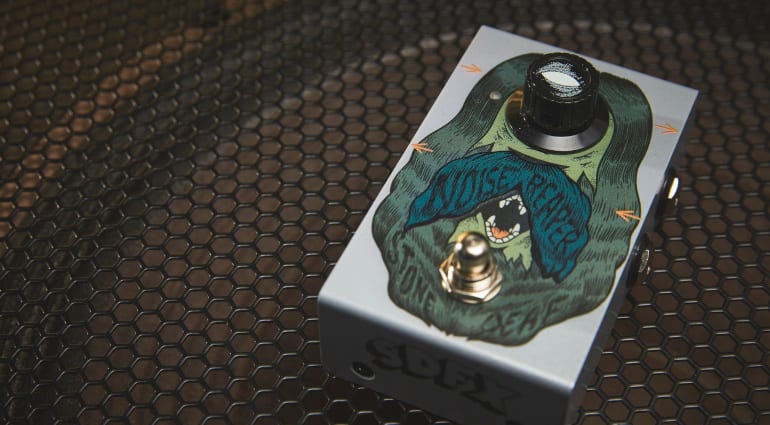 Are you sick of single-coil 60-cycle hum? Or maybe your heavily distorted guitar signal makes an undesirable sound when not being played. If you answered yes, then perhaps it’s time to invest in a noise gate pedal.

Noise gate pedals don’t get a lot of love, unless you have a high-gain instrument, or are involved with heavier styles of playing. Boutique pedal builder Stone Deaf FX is out to change that. 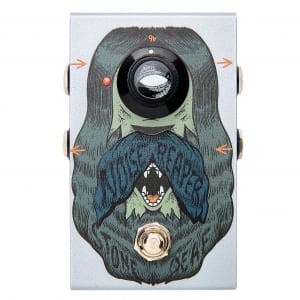 Based in Manchester, UK, pedal maker Stone Deaf FX has recently released the Noise Reaper noise gate. The pedal is an upgraded version of the noise gate technology available within the Warp Drive and Fig Fumb distortion and fuzz pedals, and can be used with guitar or bass, as well as line-level instruments.

The Noise Reaper can be used in three modes and doesn’t require a Y-splitter. According to the manufacturer, “it has an incredibly fast and responsive gate function”, that would allow players to sustain notes or modulation repeats, without choking or over-gating the signal, which is a common criticism of such devices.

How it cleans up your signal

The pedal has a ‘Threshold’ control knob that lets you control at what level you want the gate to engage. It works by taking the input sensitivity of the instrument input and the noisy signal source, and compares the two, allowing notes to ring out clear and sustain, while at the same time gating unwanted noise. An LED light indicates when the noise gate is engaged. It also has a soft-touch relay-based true bypass footswitch/circuit.

There are three modes in which the effect can be used. You can mount it on your pedalboard when in “Pedal” mode, or use it in your amp’s effects loop when in the “Series FX Loop” mode.  You can also pair it up with another Noise Reaper pedal to run in the “Double Up” mode, which doubles the dynamic range of the gating function, providing for absolute silence. 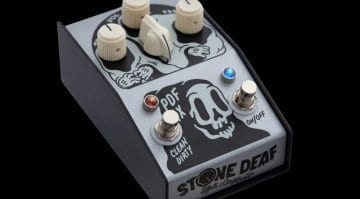 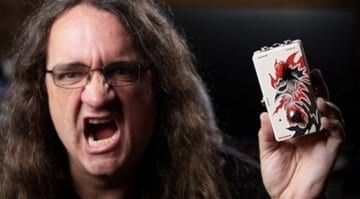 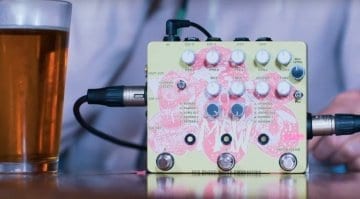