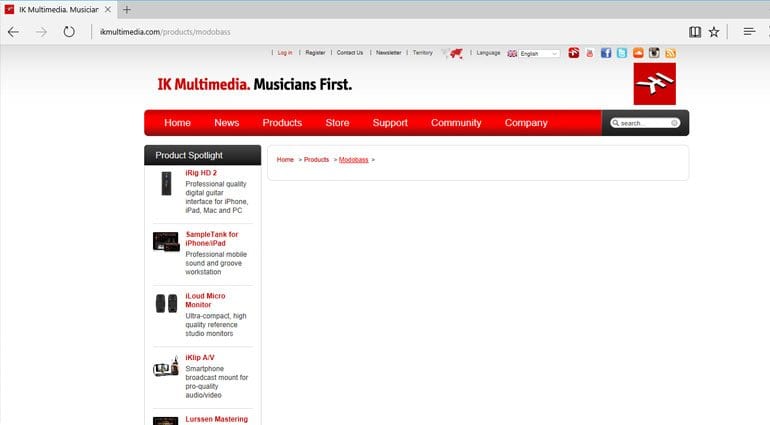 IK Multimedia have been teasing a new product called “MODO” which apparently is more realistic than Mr Realistic at a Realistic convention. Here we are the night before the official release and a quick google search has revealed the name of the product – “Modobass”.

Googling for “IK” and “MODO” came up with the blank product page for something they are calling “Modobass”. It’s right there on the IK Multimedia website waiting for content. Sticking “guitar” or “drums” on the end gave a “Page not found” error so it looks like it’s all about the bass.

Yeah we kind of thought it would be a bass guitar of some sort. The video strongly suggested it with the 4 strings and stuff, but it also indicated that it might be part of a collection of instruments in the prominence of the guitar and drums in the video.

Anyway, is this designed as a Spectrasonics Trillian beater? All should be revealed tomorrow…