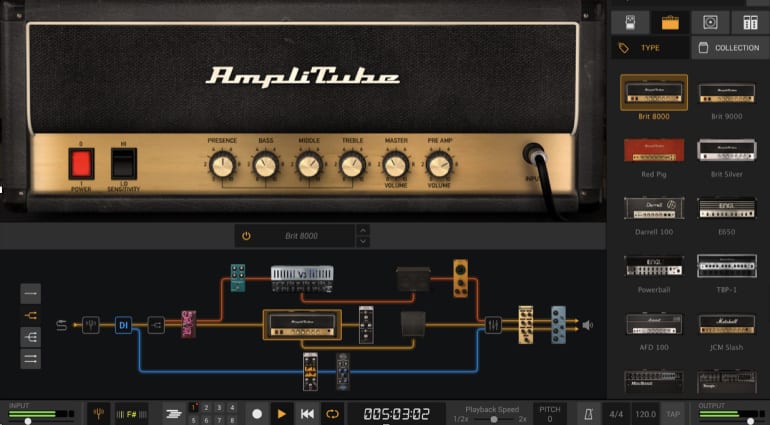 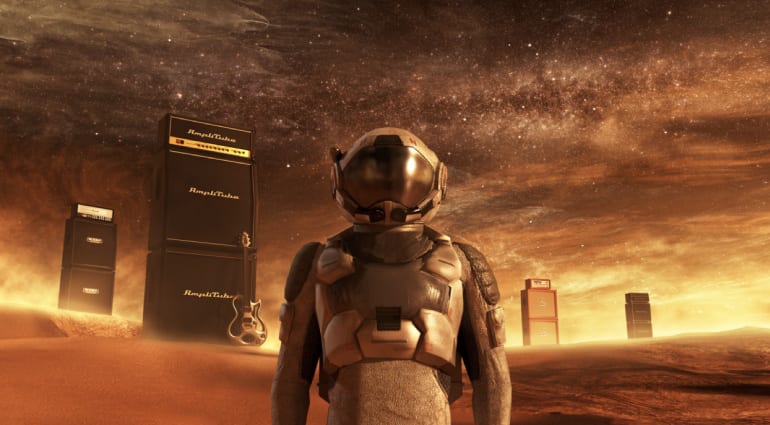 After a Mars-themed teaser from IK Multimedia raised our eyebrows earlier this year, the Italian company announced AmpliTube 5 – rather than the alien invasion predicted by some of the Gearnews staff. This new version scales up the gear, the features and – hopefully – the sound quality. With AmpliTube clocking up nearly 20 years, this new version looks to be a very nice upgrade for fans of IK’s flagship virtual guitar rig.

Amplitube 5 brings 129 new gear models, taking the total to over 400. It features IK’s new rely designed cabinet section that uses their VIR (Volumetric Impulse Response) technology and an improved power amp / speaker cab interaction, to make it all sound more realistic. The VIR is based on measuring 600 IRs per speaker of every existing and new cabinet model, for a total of 143,000 IRs. IK used its own method and while the details remain a secret IK says this will give you a massive, 3D array of mic placement options. Sounds good! Users can now also import and load their own IRs into AmpliTube 5 as well. 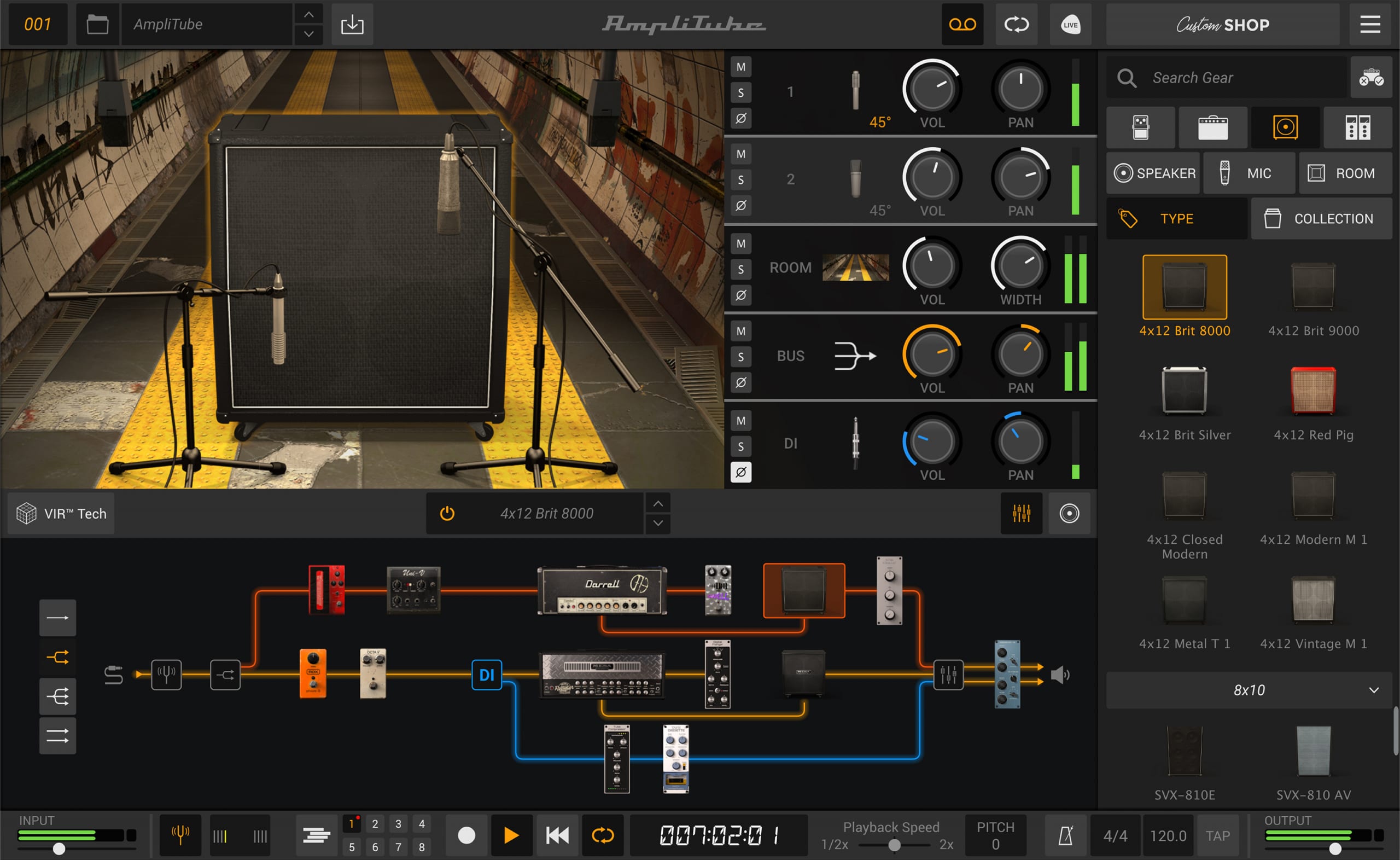 I’ve used AmpliTube since its very first version and I am thankful to see that IK has finally redesigned the user interface. The old look was getting a bit long in the tooth. AmpliTube 5 has a resizable interface, making it easier to see what you are doing. IK says its engineers have improved how you select gear, implemented drag & drop placement as well as support for one, two or three-amp rigs with up to 57 simultaneous effects. They have also updated the interface for AmpliTube Custom Shop, so I look forward to giving these new interfaces a go and comparing it with the old system.

Another new aspect are the virtual racks, taken from their T-RackS 5 suite. That’s a nice feature and will hopefully make it easier to get a more polished tone in your virtual guitar rigs. The developers have also added a new mixer window to the 8-channel onboard DAW, plus an enhanced Looper with two simultaneous tracks along with infinite layers of sound. That feature will be great for both studio and live use. As you’d expect, AmpliTube 5 can work either as a standalone application or as a plug-in in your DAW.

IK Multimedia is offering AmpliTube 5 in four versions across all price points: AmpliTube 5 CS, AmpliTube 5 SE, AmpliTube 5 and AmpliTube 5 MAX. There is some nice introductory pricing discounts on offer for both early adopters and existing users. I would suggest you head to the IK site for more details, as there are a lot of price variations on offer, including hardware bundles with the AXE I/O and AXE I/O Solo.

AmpliTube 5 for Mac/PC will be available in the last quarter of this year and is currently available for pre-order from the link below.