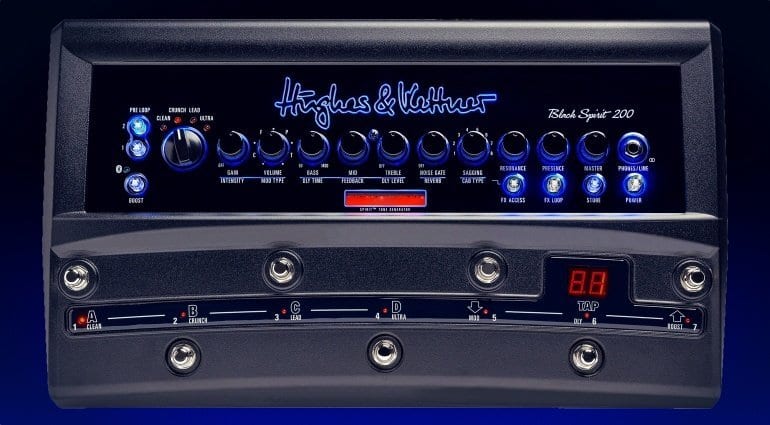 Amp-in-a-pedal products seem to be a bit of a trend recently. This week, we saw the announcement of the BluGuitar Iridium Edition. Now Hughes & Kettner has launched the Black Spirit 200 FLOOR. This thing packs some serious power and a rich, forward-thinking feature set. Like a 200-Watt power amp, four channels, digital effects, FX loop, pre-FX loop, built-in Red Box AE+ and an IEM mixer – for well under a grand…

The H&K Black Spirit 200 FLOOR is a combination of Black Spirit 200 Amp and FSM 432 MKiii Footswitch. It weighs in at a ridiculously low 4.1 kg, a fantastic weight reduction for travelling musicians. The sound is based on the proprietary Bionic Spirit Tone Generator technology. So no tubes here, but an analogue circuit that is digitally storable. 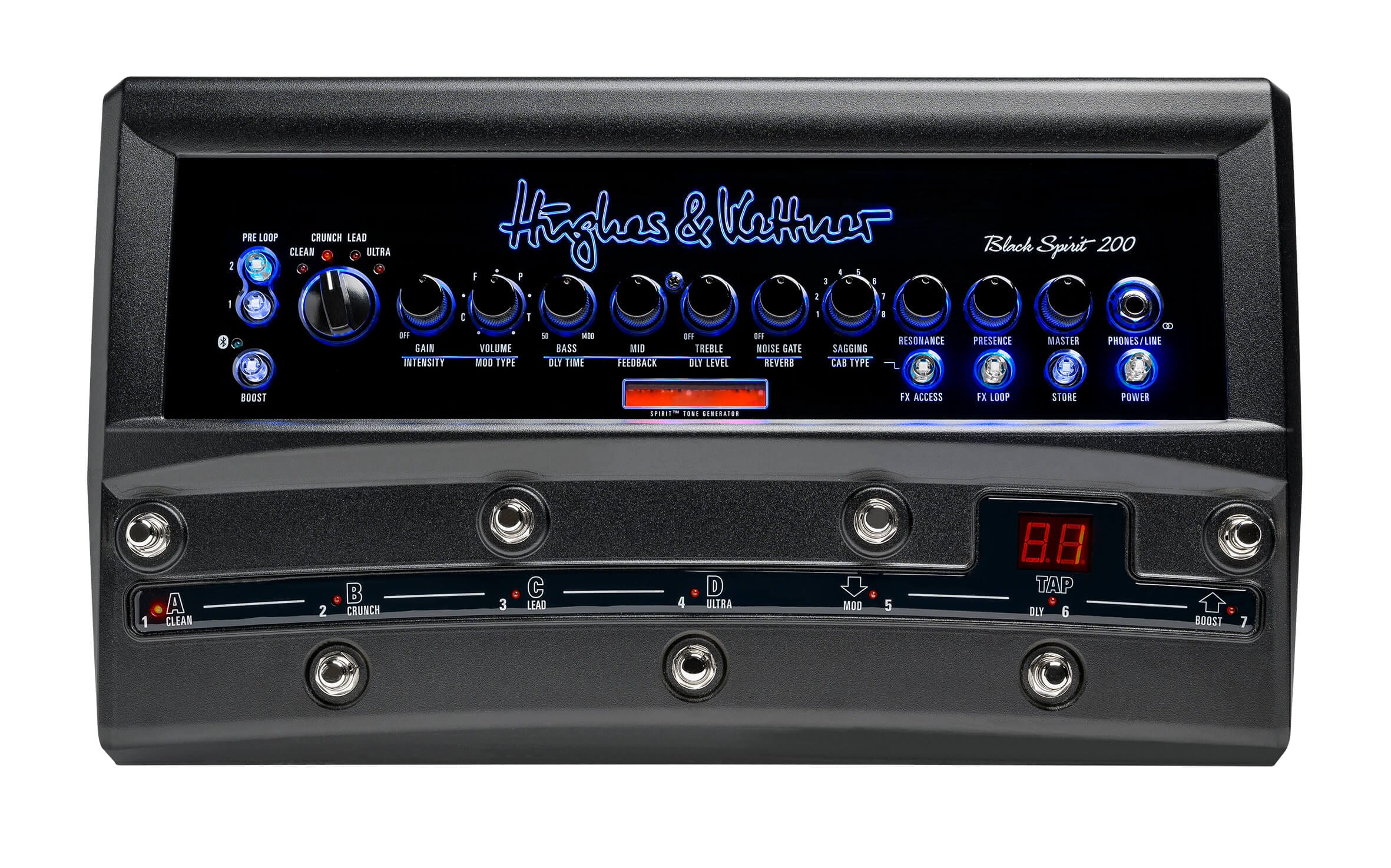 This box has 4 channels available: Clean, Crunch, Lead, Ultra. Each channel has its own boost circuit, almost like four external boosters. There is also a large selection of onboard digital effects. Your favourite external effects can be looped in thanks to the built-in FX-Loop. All settings can be stored to one of 128 presets.

Compared to the Kemper Profiler Stage and the Helix, the Black Spirit 200 FLOOR has an unbeatable advantage: An integrated 200 watt power amplifier! That should give you enough headroom for band situations. Remember it isn’t valve, so those 200 Watts aren’t actually all that loud.

This is where the guys from Hughes & Kettner really thought ahead and added more flexibility than you might expect. In addition to the normal FX loop, the FLOOR has been given two True-Bypass pre-loops. As the name implies, these loops tap in at the front end and can be programmed into the existing setup. Simply loop in your favourite booster, drives or compressors and include them in the preset.

To send your sound directly to the console without the hassle of miking, the latest evolutionary stage of the Hughes & Kettner Redbox has simply been built in. The Red Box AE+ offers 8 speaker cab  types. Neat.

If it were up to me, all Kemper, Helix and preamps in the world have had this feature for years: In addition to the numerous connectivity options of the Black Spirit amps, the FLOOR offers an XLR monitor input. The balance of monitor and amp sound can be adjusted as desired, so no external mixer is necessary. Hallelujah, a blessing to all in-ear players!

In Direct 7 mode , each of the 7 foot buttons on the built-in MIDI board can be assigned to a preset. This allows direct access to seven favourite presets without having to switch between the banks.

App for iPad and Android

Creating, editing, saving and sharing sounds is all done via Bluetooth and the free app for iPad and Android devices.

You can check out the new Hughes & Kettner Black Spirit 200 FLOOR in action below in the two videos. For under a grand it certainly packs in an incredible feature set. This could be one of the better all-in-one solutions for guitarists that gig frequently and want a compact rig.