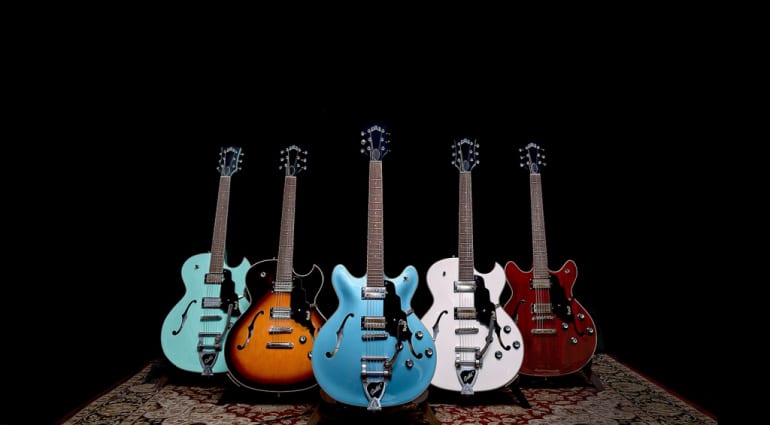 The new Guild Starfire I is a semi-hollow body guitar for a very reasonable price that could prove attractive for players with a smaller budget. At the other end of the price spectrum is Guild’s X-175 Manhattan Special, that was announced at Winter NAMM. If you’ve had a hankering after a semi-hollow but haven’t yet taken the plunge, this should be on your radar.

As with the previous models, the Starfire I will be available both as a single cut with pointed cutaway or double cut with round horns, with or without a Bigsby tremolo system.

The models are all the same in terms of wood and hardware: a semi-hollow body with a mahogany centre block and an arched top with maple laminate. The mahogany neck has a rosewood fingerboard loaded with 20 frets and small dot inlays.

Both Guild HB-2 humbuckers can also be used as single coils via push-pull potentiometers, an essential feature for fans of single coil pickups. It gives you some extra tones to play with, which is always a handy feature. 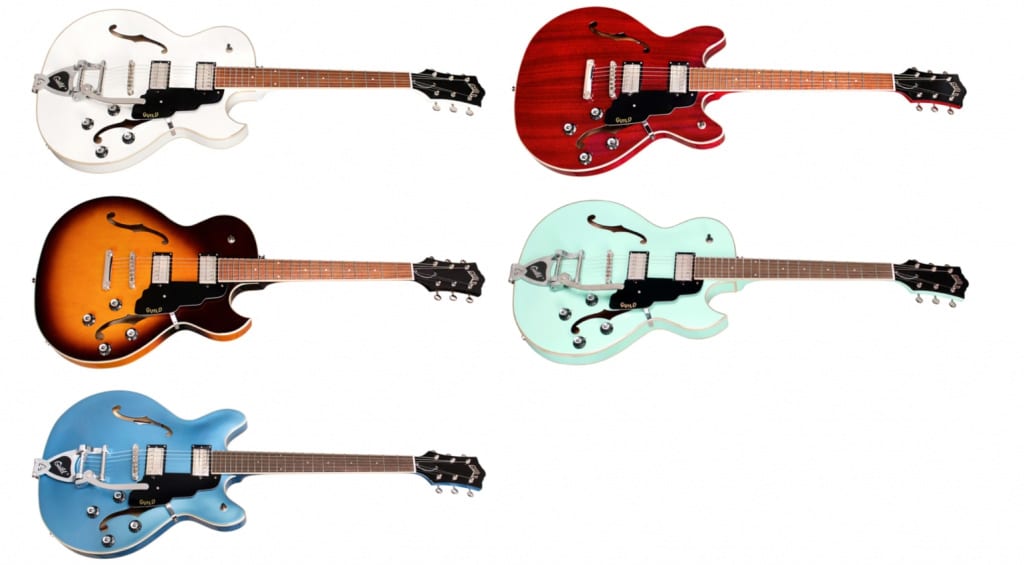 Guild Starfire I models new for 2020

The SC and DC models with Bigsby tremolo in Seafoam Green *, Snowcrest White * and Pelham Blue * each cost 599 euros. A relatively small surcharge, I think, and price that’s still attractive for guitarists with smaller budgets for a semi-hollow body model, especially from a large, well-known manufacturer like Guild.

The models should be available in stores in 4-5 weeks (probably April 2020). 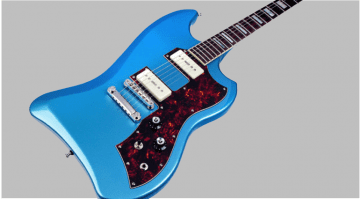 One response to “Guild Starfire I Semi-Hollowbody: Budget Semis for all!”

So Chinese instead of Korean as the previous Starfire models? Sort of funny that Gibson harassed Hornby Skewes/Vintage Guitars terribly over their “335” shape/model but has never said boo to Guild.