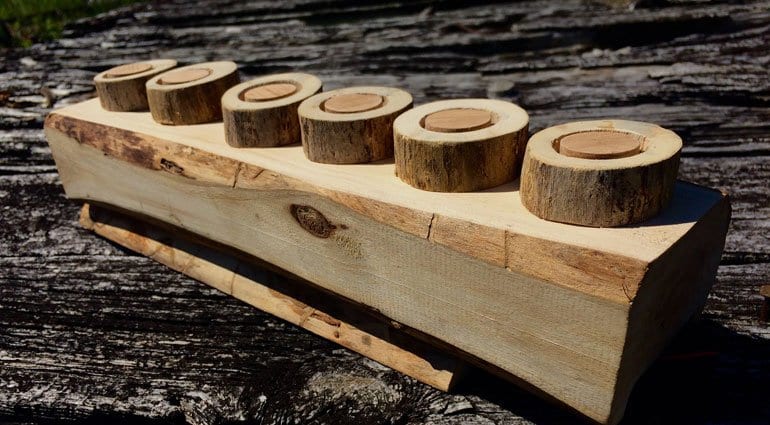 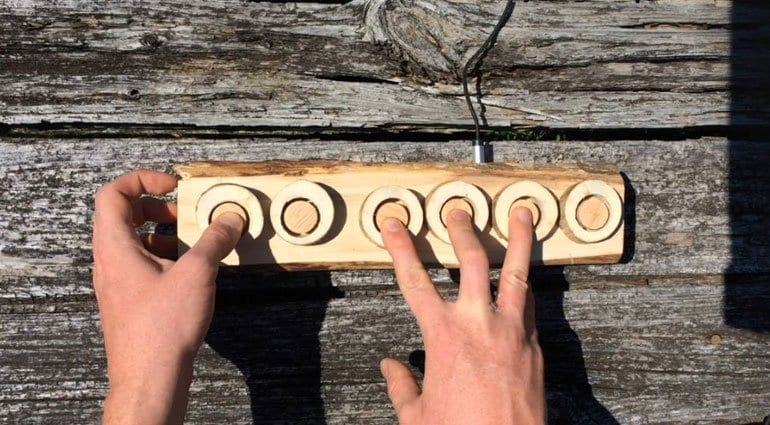 Synthfarm has been at it again with his wooden, hand made but remarkably digital synthesizer instruments. The LIMB is a chunk of wood that’s a 4-voice synthesizer and sequencer for under 40 quid.

It’s a funny looking but quite engaging hunk of wood. It’s roughly hewn but hides a polyphonic digital syntheszier inside and looks like a load of fun to play with. It has two modes: Manual Trigger and Sequencer. In manual mode the four buttons on the right control one of each of the four voices. The two buttons on the left are used to tune the voices. They can also be used to control waveshape, decay and mode switching.

This is a new feature for Synthfarm and it’s quite striking in its simplicity, but also in how creatively you can discover your sequence. It uses a “bouncing ball” method of sequencing where each voice has its own ball to bounce. As you hold one of the buttons you increase the height of the ball bounce and so the timing between the notes. To best explain the concept check out the video below.

Arran from Synthfarm will make and ship these to anywhere in the world from $44.99 which seems crazy cheap to me. But he’s all about the fun, the music and making things as budget friendly as possible. His creations don’t always hang around very long before he’s moved onto something else, so get one while it’s hot!

More information can be found on his Etsy page here. 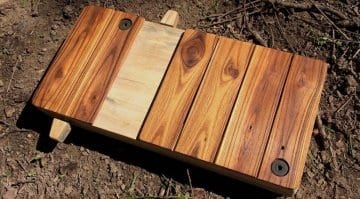 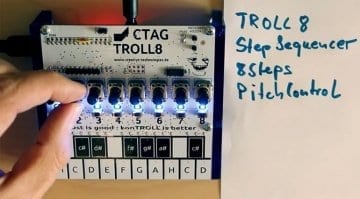