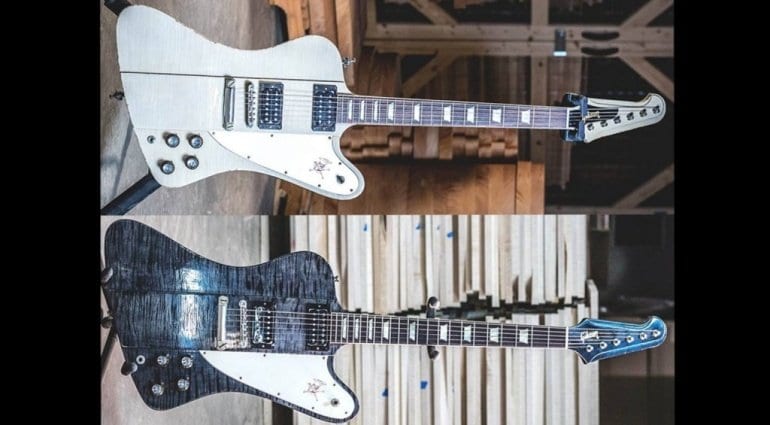 Gibson’s new Global Brand Ambassador for guitars, Saul ‘Slash’ Hudson, has let us all into a little secret via his very own personal Facebook page. The cat (in the hat) is, ahem, out of the bag: there is a new, cool-looking Slash Signature Firebird on the horizon.

The new Slash Firebird comes in two colours and the man in the hat has even posted a short video on his Facebook page here for all to see. There also seems to be some subtle ageing applied. You can also see Slash adding his infamous $1500 moniker to some of the guitars during the short video clip below.

No price or details are available as yet, but expect an announcement on Thursday. You can see that the guitars are available in two finishes, but no ‘Anaconda Burst’ here (thankfully) and I would happily own the lighter coloured version of the two, but only as long as Slash doesn’t want an extra $1500 for his autograph!

There is a discrete Slash skull ‘n’ crossbones logo on the pickguard where normally there would be a Firebird logo. I think it looks really good, so much nicer than his recent green Anaconda Les Paul models. It’s nice to see Gibson making something look good. As much as I moan about them sometimes I love the company and their classic guitar designs.

I will update with more information as and when it is all officially announced, but for now, check out the video below and let us know what you think of this new ‘SlashBird’. 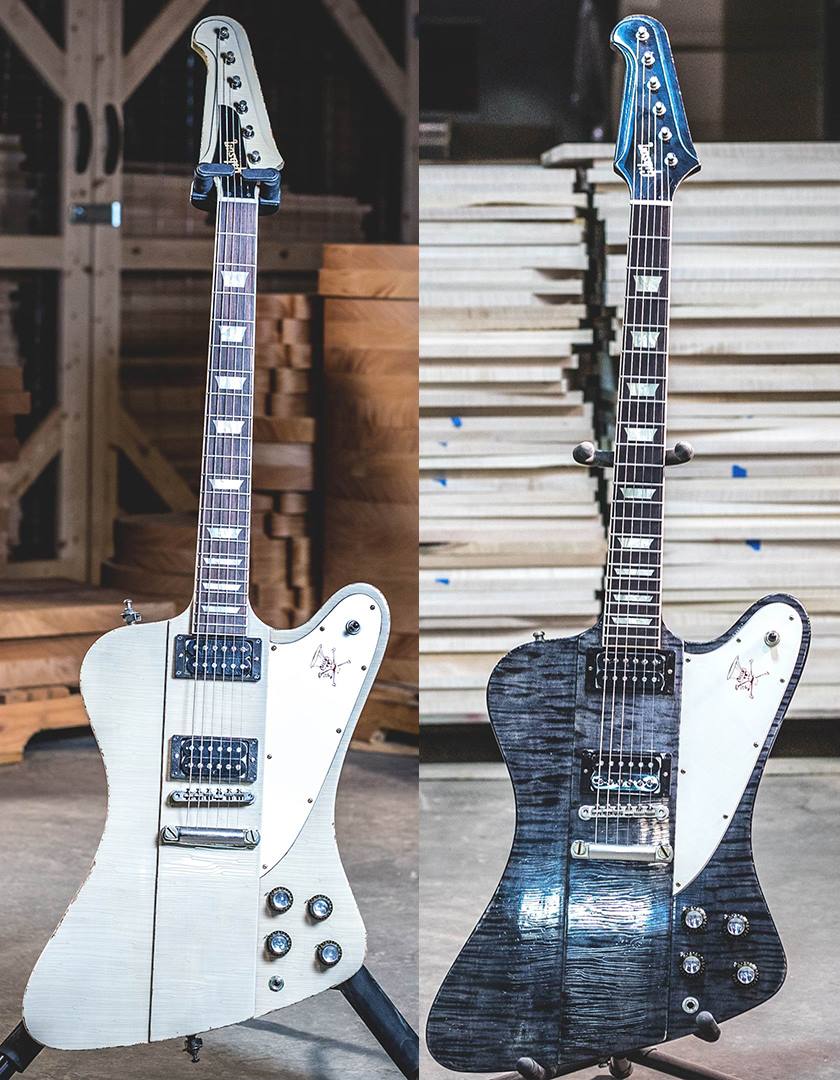 2 responses to “Gibson’s ‘not so secret’ Slash signature Firebird: Enter the SlashBird!”