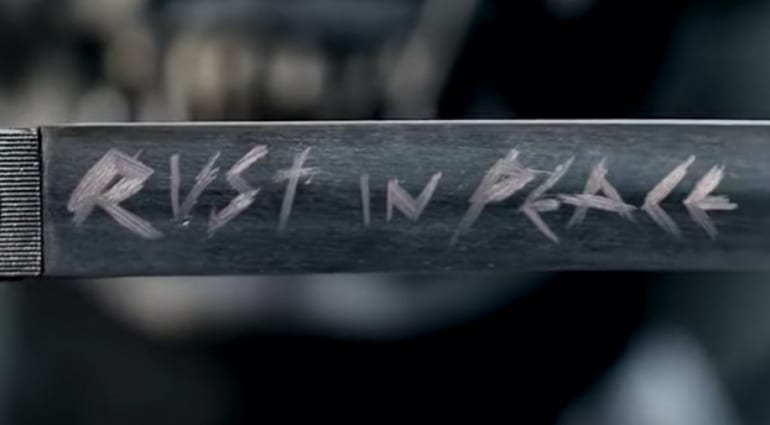 Gibson has officially teased its new collaboration with Dave Mustaine. As of yet, no actual specifics of the guitar have been officially announced, but we all reckon it will be a Flying V.

We talked about the potential Gibson collaboration with Dave Mustaine back in December last year, and now that Gibson has officially released a teaser trailer video with ‘Rust In Peace’, we know the Megadeth guitarist is on the company’s roster at last. We all knew Dave was leaving Dean Guitars as he had officially announced it on social media, so this wasn’t a really shock announcement. And Gibson has been adding more artists to join its ranks. Plus Dave likes Flying V models and Gibson literally invented the shape back in the 1950s, so it’s a match made in heaven.

Is this a Gibson Dave Mustaine signature model? Possibly a prototype?

Pretty sure it will be a Flying V of some description, as Mustaine tends to favour that body shape over all other styles of guitar. At the moment, Cesar Gueikian has tagged Epiphone, Gibson, the Gibson Custom Shop and also Kramer, so it’s not quite clear yet which sub-brand the guitar will be produced under.

You can check out the short teaser video below and let us know what you think in the comments section. Which brand will it be and do you think it will be a Flying V? 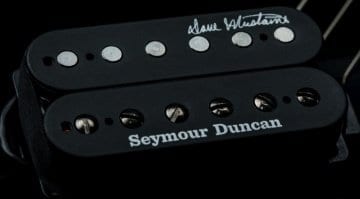 08 Dec · but with the tascams 32 bit floating, won't you still get more headroom to play with in post meaning you can record sounds at an optimum level without having to worry about peak. "32 bit floating is a...