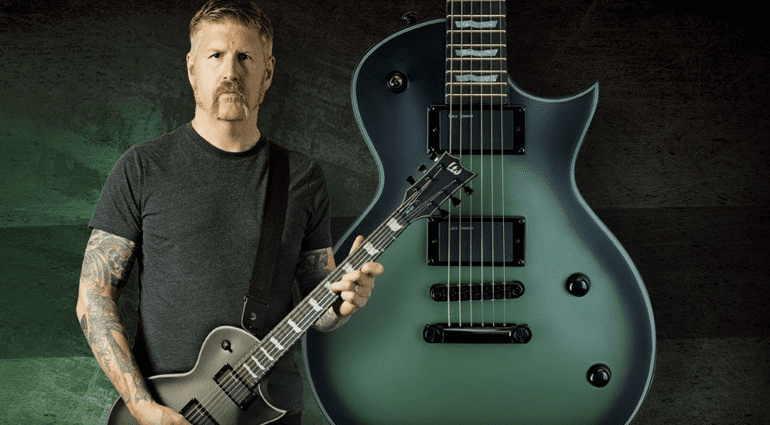 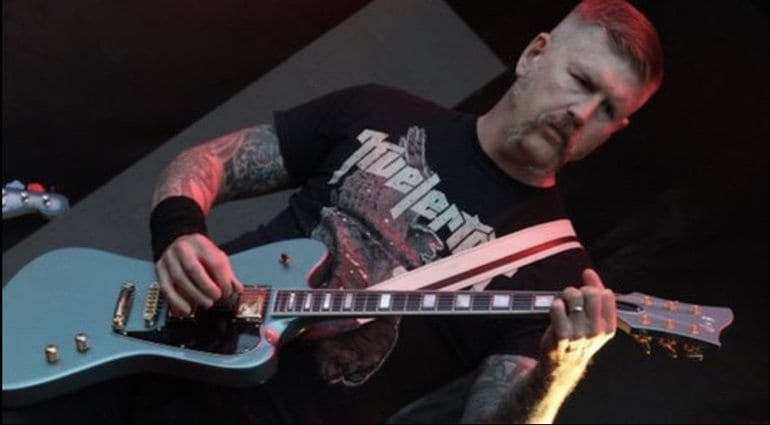 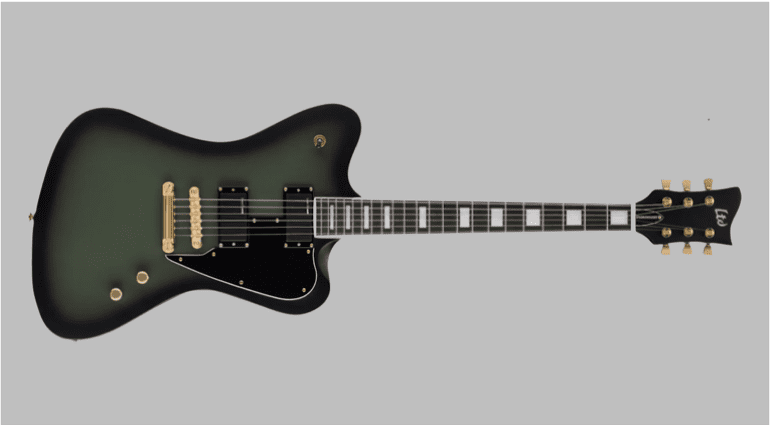 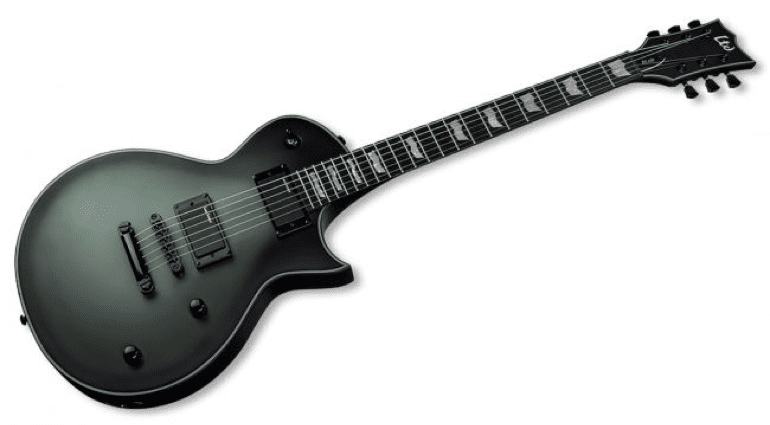 Last week, various online sources published a quote by guitarist Bill Kelliher. In it he explains why he ended his endorsement relationship with Gibson. Kelliher levels a number of serious accusations at his former endorsee. With Gibson recently facing criticism of its management, design choices and quality control, this latest PR disaster will be exactly what the company was hoping to avoid.

The quotes, which I’ve copied below, originated on the Ultimate Guitar website. Kelliher pulls no punches about Gibson and his relationship with the company. He goes on to contrast his negative experiences with his new relationship with Japanese guitar maker ESP.

Here’s what BK had to say about why he left Gibson:

“It was a lot of reasons.

“I never really felt like I was accepted at Gibson. The communication over there is terrible.

“They kept fucking up my guitars that I was asking for. I didn’t ask for a lot – I just had a few certain things that I would like with my guitar – I told them I didn’t want it chambered and they made my second guitar chambered.

“All the guys I worked with over there – the A&R guys were getting fired left and right and the company just seemed to be falling apart to me. There were new guys who would come in and they didn’t know shit.

“It was a breath of fresh air working with ESP. They were interested and would ask me what gauge strings I played and what tunings I play – Gibson never cared about any of that stuff.

“Kids would get my guitar in the mail and ask me how to tune it because it wasn’t tuned and then I would tell them how to tune it and they would say it still doesn’t sound right and it’s because they’re not putting my gauge strings on there.

“They weren’t even tuning the guitars to my settings or specifications – just little things like that. Things that make the guitar a Bill Kelliher model, like put it in my tuning so that when it shows up, it’s different.

“ESP wanted to know all that stuff. They’re just friendly and nice and they’re interested in me and my band and what they can do for me rather than this company.

“Every guy I talk to – I mean, look at James Hetfield. He was at Gibson, played Gibson stuff and they didn’t want to work with him, so he went to ESP. And he’s one of the biggest fucking guitar players in our kind of music.

“It seems like there are a lot of bad decisions being made over there.

“But ESP is really great. They treat me really well. I love my Sparrowhawk that I designed. It’s the best playing guitar that I own.” 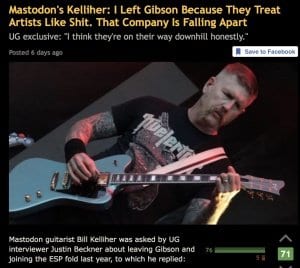 We wrote Kelliher’s move to ESP back in January this year when the ESP LTD Sparrowhawk was announced. Gibson, I’m sure, were not pleased with the Mastodon guitarist’s decision. Considering that Bill Kelliher had two Gibson signature models with Gibson, the Bill Kelliher Golden AxeExplorer and the Halcyon Les Paulmodel, it must have been quite a blow to Gibson. After all, he plays in one of the world’s biggest bands in this genre. 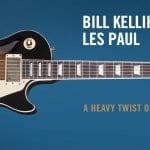 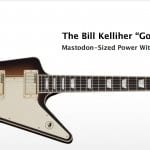 Gibson Bill Kelliher Golden Axe Explorer, not quite what was promised?

If true, then this is damning of the whole artist operation at Gibson. It could not come at a worse time, either. It looks like a lot of other people agree, as the story hit YouTube pretty hard last week, thanks to YouTuber Guitologist. After giving his view on the Kelliher debacle, he goes on to talk about the Kentucky Head Hunters’ Greg Martin signature model, which he says also suffered from poor quality control.